F. Vincent Vernuccio
|
Posted: May 18, 2019 12:01 AM
Share   Tweet
The opinions expressed by columnists are their own and do not necessarily represent the views of Townhall.com. 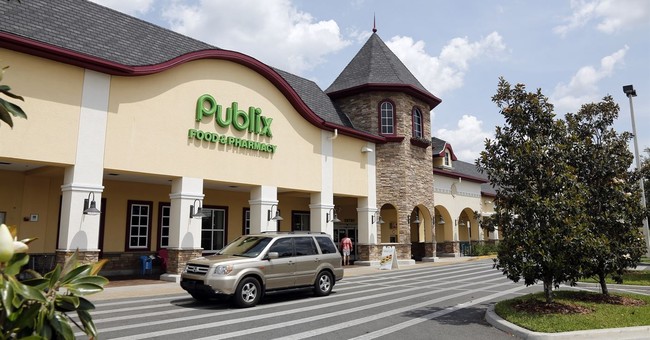 In a move that has the supermarket industry scratching its head, the United Food and Commercial Workers, or UFCW, is singing its own praises for negotiating a wage increase that is already common practice among some of the largest non-union businesses.

Last month, Kroger stores in Kentucky and southern Indiana agreed to increase wages for part-time workers and new hires to $10 an hour, keeping one of the nation’s largest supermarket chains in line with its competitors on employee pay.

It’s the same song, different day for union leaders who think they deserve reward and recognition for implementing changes that business executives and CEOs long before understood as necessary.

Before taking a victory lap, the UFCW should look to other stores that have paved the way for higher starting wages, especially Walmart, Target, and Publix, each of which the union has consistently tried (and failed) to organize.

In 2018, Target raised its starting minimum wage to $12 and announced a business plan to increase that to $15 by the end of 2020. Also in 2018, Walmart increased its minimum wage to $11 an hour and bolstered its benefits package, resulting in an estimated total value of $17.50 an hour. This latter number includes the value of regular and overtime pay, a 401(k) match, health care benefits, an associates’ discount, paid time off — and a quarterly bonus that more than 1 million full- and part-time associates earned in 2017 based on store performance.

President and CEO of Walmart Inc., Doug McMillan, explains the importance of looking at more than just starting wage in his report, “Preparing for the Future of Work,” published last year: “We’ve increased our starting wages by more than 50 percent in the last three years, and we’ve invested in adoption, parental leave and education benefits at the same time. Let’s not get stuck, however, thinking about starting wages only. There can be unintended consequences of that focus. For example, raising the start rate at some companies ends up capping compensation for those who stay for years.”

Publix, like Walmart, raised wages last year. As a private company, it does not disclose its starting wages, but it did give hourly workers and some managers a pay raise to compete with Walmart and Target. The company’s employees and board members also receive shares in its privately traded stock as part of their compensation. The worker-owned store increased its stock price several times in the last two years, with the latest increase on May 1 taking it from $42.85 per share to $44.75 per share.

It’s not just workers who are gravitating toward grocery stores that understand how to stay competitive in the market. Consumers are choosing nonunion grocery chains to do their shopping. As first noted in the newsletter LaborUnionReport, a June 2018 consumer survey conducted by Market Force Information shows that America’s favorite grocery stores are mostly union-free.

Not only were Publix (ranked at number two) and Target (ranked at number 18) both on the list, but eight of the top 10 grocery chains and 14 of the top 20 chains were entirely or mostly free of union affiliation. Unionization may not have been the deciding factor in where consumers decide to shop, but these business-savvy grocery stores are certainly doing something right to remain competitive and keep their customer base in a crowded market.

Pay trends are not just interesting data points; they are closely studied by companies that rely on human capital to do business. Publix, Target and Walmart monitor the market and make the necessary adjustments to retain talent and stay competitive in the industry. These private companies watch the economy and have voluntarily raised wages without government oversight — and without direction from unions.

Unions continually try to make the case that they are the only way workers can get ahead. Yet in a bit of irony, they also try to artificially raise the minimum wage through state-level legislation as well as federal legislation like the Raise the Wage Act.

But the examples of private companies show that businesses value their workers and will pay to attract and retain talent. The market and good business practices are the way for workers to get a raise, not government or union intervention.