Donald Trump the False Compromise of the Pro Life Community

Fr. Marcel Guarnizo
|
Posted: Jul 13, 2016 1:12 PM
Share   Tweet
The opinions expressed by columnists are their own and do not necessarily represent the views of Townhall.com. 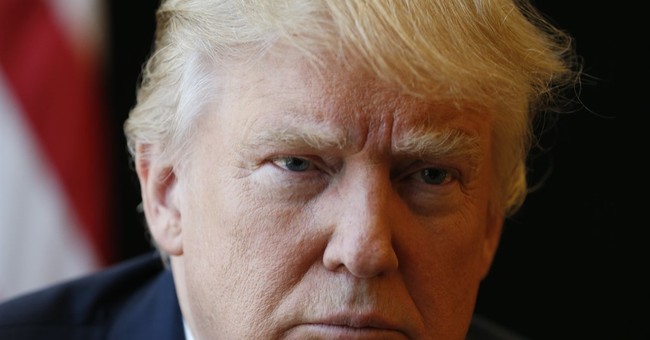 America is currently witnessing the unseemly race of prolife and evangelical leaders into the Trump camp. Their previously unflinching opposition to his candidacy has gone up in smoke. Why?

First in line come the financial considerations of the Trump-supporting crowd. Over at Liberty University, Jerry Falwell, Jr., I am told, is receiving hundreds of millions of dollars of federal money. He clearly must be concerned that all this taxpayer funding could well disappear if Hillary Clinton occupies the Oval Office. This problem is not unique to Falwell: Dozens of Christian and Catholic universities have been willing to give up their economic freedom and become dependent on the State in order to expand. As I have argued for many years, the loss of economic freedom inevitably leads to the loss of moral freedom.

In May, Marjorie Dannenfelser, President of the Susan B. Anthony List, put her byline on a national column titled: “The Pro-life Case for Trump.” She, like many other pro-life leaders and evangelicals, seems to be desperately seeking to be noticed by the Trump machine and to be in its good graces. Does it cross their minds that Trump is unabashedly happy to manipulate them for his own benefit?

This admission alone would have ended the conversation with any other candidate. It is amazing that so many evangelicals and pro-lifers found Mr. Romney unacceptable yet are willing to bring the scourge of abortion into the Republican platform with Trump. I humbly submit that this long-term damage to the only viable pro-life party in America is a serious moral consideration. Being left without a party to vote for if both parties start promoting abortion is to concede the potential loss of political recovery in our nation.

That evangelicals and pro-lifers support Trump after such promises shows that the decline in our nation’s moral culture is not something from which these so-called leaders are immune.

Yes, he claims he will defund Planned Parenthood because of abortion, but let’s wake up: Planned Parenthood is about nothing but abortion. Federal funds are already forbidden to be used for the direct killing of the unborn so Trump simply needs to keep the status quo to satisfy his “promise” of defunding abortion.

Some have stated that the important thing is to exert pressure on Donald Trump. But it is not believable to think these leaders exert real influence on Trump. Their good intentions also fail to recognize that Trump’s real advisors are 180 degrees away from being Christian, ethical, or pro-life.

Who is Donald Trump actually listening to? Two of his closest advisors are Roger Stone and Paul Manafort. Roger Stone is a notorious swinger. He and his wife regularly swap partners for sexual activities at swing clubs in Miami. Stone has admitted having put ads in swing club magazines soliciting partners for him and his wife. He proclaims often and proudly that, he is “a libertine.”

Paul Manafort has been involved for years supporting dictators like Viktor Fedorovych Yanukovych whom Vladimir Putin put in place as Ukrainian President during Russia’s invasion of Ukraine. He was also involved as the lobbyist for a spy ring of Pakistanis that was eventually taken down by the FBI. Manafort is currently the chairman of the Trump campaign.

More than 900 evangelical leaders met with Donald Trump in New York on June 26th for a so-called “Conversation with Donald Trump.” I was also invited and observed as Trump pandered to the crowd about religious freedom and how important it was for him to meet with these leaders. They didn’t seem to notice when he kept referring to Christianity as “your religion…”

Many are enthusiastic about the list of potential Supreme Court justices, which the Federalist Society put together but they forget to mention that in New York, Trump also mentioned that besides the list he now uses to bolster his “conservative” credentials, there were five more names which he was also considering. Names which, he would disclose at a later date, of course.

To his credit, Princeton professor Robert P. George declined to participate in the New York extravaganza and he issued the following explanation: “I have been a severe critic of Mr. Trump and there is nothing he could say at a meeting in which he is courting conservatives that would alter my low opinion of him… For those of us who believe in limited government, the Rule of Law, flourishing institutions of civil society, and traditional Judeo-Christian moral principles, and who believe that our leaders must be persons of integrity and good character, this election is presenting a horrible choice.”

One political operative at present advising the Trump campaign, reasonably agreed with me that Hillary is cyanide and Trump is arsenic. He further accepted all charges that Trump is a con artist, ignorant on all sorts of subjects, and morally corrupt, and yet proceeded to send me articles attempting to show that cyanide was a bit less poisonous than arsenic. This is what we have come to.

Trump’s successful courtship of American pro-life leaders shows the true colors of many of these leaders and reveals the fundamental reason why our nation is in trouble: There is little moral or intellectual leadership in America these days. These “leaders” fail to see that rational human beings have the third option—not to take any poison and certainly not to offer it to their children. It is possible to engage in the Senate and House races and to prepare a cultural and political opposition to both Clinton and Trump.

What We Are Called to Do

Christians and pro-lifers are called to cease accommodating the world and its invasion of corrupt morals into our society, our religious communities, and our politics. This slow death by a thousand wounds will continue as long as we are lacking true intellectual and moral clarity. Not casting a vote under such circumstances is perfectly reasonable and it is an absurdity of logic to claim that this is unethical or theologically unsound. We are not responsible for the ultimate direction the American population may decide to take.

It is also shortsighted and pessimistic to think all is lost, even in such dark times. Politics may go terribly wrong in our culture as it did in many nations in the 20th century. What saved those nations and restored them were leaders who would not accommodate to the corrupt and immoral politicians of their time. People like Lech Walesa in Poland, Vaclav Havel in the Czech Republic, Mart Laar in Estonia, Pope John Paul II, and many others, resisted the temptation of easy compromises. Eventually, when a better day came, these leaders were instrumental in restoring their nations after years of darkness. I have known all these men personally and Trump is a Lilliputian in comparison.

Almost any candidate could beat Hillary Clinton with the possible exception of Donald Trump. The Republican leadership cannot, or does not, see this. Nor do they see that Trump is wholly unfit to rule, and as I have argued, is likely in great need of a psychological evaluation. I argue that the delegates should be given a free vote in conscience and declare Trump mentally, morally and intellectually unfit to serve as president and cast a vote for a more suitable candidate.

In my view, Trump is not the remnant of the forces of civilization. Trump is what happens when civilization starts to breakdown. The barbarian arriving to rule the civilized world is what he so transparently embodies.

The failures of the GOP establishment, the opportunistic pro-life supporters of Trump, and Trump himself, are not the fault of those who wisely refuse to pick their poison. Suicide pacts are immoral. Those leaders supporting Trump need a nudge from their constituencies to remind them why they are in the pro-life fight to begin with. Candidates supporting Planned Parenthood and promising to bring abortion into the Republican Party are a morally impossible choice for true pro-lifers.