Fritz Pfister  |  Jul 12, 2013
The opinions expressed by columnists are their own and do not necessarily represent the views of Townhall.com.
Top Columns
Trending on Townhall Media 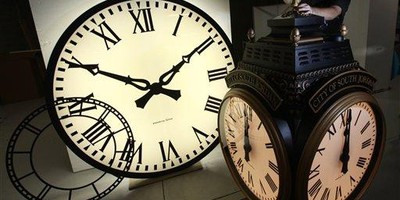 Laws? We don’t need no stinkin laws. Do as you please.

Have you heard the advertisements for you to refinance if you owe more than your home is worth? If you are paying more than 2% interest rates? Call us for President Obama’s new improved Harp program.

If you are three to twenty-four payments behind, and you haven’t received more than one loan modification you qualify for a write down, lower interest rates, and a refinance for fairness.

Pray tell who will absorb the costs of writing down a loan? The evil lender who tricked you into borrowing money and then making you promise to pay it back? Nope, your tax paying neighbor is happy to pick up the tab.

Why anyone bothers paying their mortgage is a mystery to me. Then again aren’t we being led by example? A president who unilaterally, in defiance of the Constitution, changes law, ignores the law, or refuses to enforce the law? If it’s good enough for the goose it should be good enough for the gander.

Then there’s the millions of foot soldiers who produce nothing but are charged with obstructing those who do produce something. Ask the home builders about the legions of bureaucrats.

The days when the decisions between a consumer and builder to voluntarily transact business are over. They must now have the approval of the government. When the potential buyer asks the builder why is the price for a new home is so expensive, the builder need only point to the government.

Erosion control rules mean the builder will have to haul dirt to a storage facility until the foundation is ready for backfill adding equipment, labor, and fuel costs.

EPA requirements for the amount of insulation for ceiling, sidewalls, foundation, approved heating and cooling, windows, and doors all add costs.

The well intended energy efficiency is now mandated by regulation placing the builder at a competitive disadvantage, and prices the majority of Americans into purchasing an existing home. One of the reasons new home construction has only been able to recover to half of healthy.

Then there are mandates by local officials that drive up costs, especially to developers who then must charge more for the lot where you want to build your home. Will Rogers was correct when he said; “buy some land, they aren’t making any more.”

I’ll bet Will never met the local zoning board dictating how that land can be developed, who pays for the roads leading to that property, how the streets, storm, and sanitary sewers must be installed and with what material.

How about the State Fire Marshal (in Illinois) who wants to unilaterally mandate that all new residential construction must have fire sprinkler systems adding $7,000 to $17,000 in cost? Of course more if you want to build in the country that will be served by a well, you will need a second well dedicated to the sprinkler system.

Then there’s Uncle Ben Bernanke who believes he is above the laws of economics. Ben has trapped himself in the vain attempt to manipulate the economy to recovery. Ben made it clear at the FOMC meeting he doesn’t have a clue how to free the economy from the shackles of monetary manipulation.

Ben reaffirmed his commitment to keeping interest rates low. Of course lower interest rates are good for the housing market, but too much of a good thing can also be bad. When Ben loses control to bond vigilantes it won’t matter what Ben wants.

When it comes to government and housing the track record isn’t good. From the Community Reinvestment Act that was the seeds of the financial meltdown, the bubble induced markets of Greenspan and Bernanke, to the Barney Frank Fannie Mae is great proclamations, we know what follows.

Ronald Reagan was a genius when he shared that the ten most feared words in the English language are: “Hello, I’m from the government and I’m here to help.”