Frank Turek
|
Posted: Jun 19, 2020 12:01 AM
Share   Tweet
The opinions expressed by columnists are their own and do not necessarily represent the views of Townhall.com. 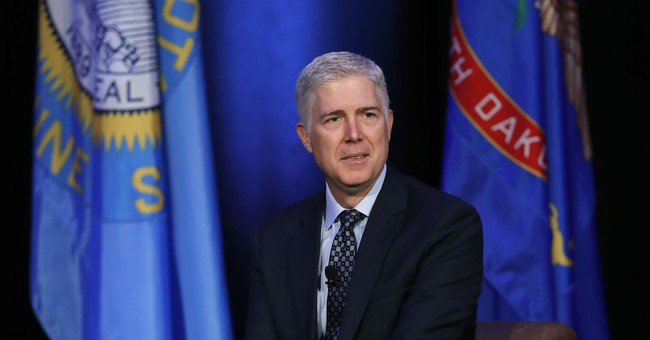 “Sex” in civil rights law now legally means sexual orientation or whatever gender you think you are. That’s the result of a surprising Supreme Court decision (Bostock vs. Clayton County) from Justice Neil Gorsuch. Problem? Yes, here are five casualties of this ruling:

1. We the People: If you think you have the ability to govern yourselves through your elected representatives, the United States Supreme Court again made a mockery of that constitutional principle.  You can work to elect the right people and pass all the laws you want, only to see a handful of unelected lawyers on the Supreme Court nullify or replace your laws with their own.

That’s what six justices did this week.  They changed the 1964 civil rights law into a law that they desired, despite the fact that the very changes they made have been rejected by Congress in recent years.  Now, just like that, “sex” no longer means biological sex but sexual orientation and whatever a person thinks their sex is at the time.

As Justices Alito and Thomas wrote in dissent, there’s only one word for what the Court did: “legislation”. “A more brazen abuse of our authority to interpret statutes is hard to recall.”

Now, many actually agree with the result (it has some big negatives I’ll get to in a minute). But the means by which this result was achieved should disturb everyone because it strikes at the very heart of our Constitution and our rights as people to govern ourselves.  It’s an injustice for judges to impose their legislative will on the people. If judges want to change the law, then they should do what any citizen has to do—convince fellow citizens to go through the legislative process to get the law changed.  To merely impose their will on the people is tyranny.

2. Women:  Justice Gorsuch’s opinion furthers the Leftist claim that sex is defined not by biology, but by one’s state of mind.  Therefore, if a man thinks he’s a woman, then the law must treat him as a woman.  Although Gorsuch tries to deny this result, what he’s done is given legal grounds for biological men to gain legal advantage over actual women in the workplace, in the bathroom, and elsewhere.

Ladies, you want that promotion?  All other things being equal, who do you think your employer is now going to promote—you or the man transitioning to a woman who now has heightened legal grounds as an even smaller minority to sue for “discrimination”?

Do you want privacy and safety in the bathroom and showering facilities?  What policy is your employer or gym going to adopt—the common sense one where biological men and women are kept separate, or the one that prevents a costly discrimination suit by inviting men into women’s facilities?

3. LGBTQ People:  Gorsuch has not just made it harder for women, his reasoning contradicts the very rationale for the existence of women and the LGBTQ people he’s supposedly trying to help.  For when someone identifies as a woman, man, lesbian or gay, they are presupposing there is such a thing as objective biological sex.  How else can one have sex with someone of the same sex unless one can differentiate that person from the opposite sex?  And how can a man transition into becoming a woman unless men and women actually exist?

Gorsuch asserts that either one’s biology or psychology can determine one’s sex.  But if a person’s subjective psychology usurps their objective biology, then there is no objective way of identifying anyone as a man, woman or LGBTQ. Sex and sexual identity are just figments of the imagination (much like Gorsuch’s justification for his opinion).

That’s why some lesbians, gays, bisexuals and feminists have been against the subjective transgender psychology standard that Gorsuch just affirmed—it defines them out of existence!

4.  96% of the Population:  Ask anyone in corporate America this question: Are you more likely to experience problems at work for supporting LGBTQ political goals or opposing them? It’s not even close, as I found out personally.

HR departments in corporate America are proponents of everything LGBTQ, and those who identify as such are actually better off than their straight counterparts. LGBTQ households, on average, earn more than traditional households and gay men earn 10% more than straight men.  While there are individual exceptions (hence the lawsuit that brought this case to the Supreme Court), there appears to be NO systemic problem of anti-LGBTQ bias in the workplace.

Yet, this Court’s decision will employ the strong arm of government to fix a problem that doesn’t exist.  The decision will force companies to give employment preference to a long list of sexual orientations that, at best, 4% of people claim (a 4% that already has a financial advantage).  Anyone who claims an LGBTQ identity will now have more job security than John or Jane Doe.  How so?   Because if a company has to downsize, who are they going choose—one of the helpless Doe’s, or the person of a new legally-preferenced minority who can bring a costly lawsuit alleging “discrimination”?

While reverse discrimination may not be the intent of this decision, it is an inevitable consequence.  As soon as you give preferential treatment to one group of people, you are automatically disadvantaging anyone not part of that group.

Moreover, there isn’t any medical consensus as to what sexual orientation or transgenderism is.  But the effect of this decision is that businesses are now forced to give preference to those who identify as “ambigender; bigender; blurgender; collgender; conflictgender; cosmicgender; crystagender; deliciagender; duragender; demiflux; domgender; fissgender; gemelgender; gendercluster; genderfluid; gendersea; genderfuzz; genderfractal; genderspiral; genderswirl; gendervex; gyaragender; libragender; ogligender; pangender; polygender; trigender (whatever that all means).  How is it possible to even know you’re in compliance if you can’t define what compliance is?  How many young workers will claim one of these nebulous labels just to get an advantage?  (Their claims for special treatment can’t be objectively disproven like Elizabeth Warren’s claim to be a Native American.)

In short, this decision doesn’t fix an existing workplace problem (thankfully, LGBTQ folks are doing quite well). Instead, it creates legal and administrative chaos, and it legally justifies reverse discrimination against an already underperforming 96% of the population. That’s anything but “equality.”

5. Religious Freedom:  If any group is being discriminated against in corporate America, it is Christians and other conservatives who are hiding under their desks for fear of being outed, excluded and shamed by the “inclusion and diversity” police.  Are their First Amendment rights now nullified? How about Christian, Muslim and Jewish schools: are they now forced to hire teachers and administrators who contradict their natural law and scriptural views of proper sexual behavior? Will religious people now need special permission from the Supreme Court to live as if there are two genders created for one another?

Judge Gorsuch says those questions are for another case. Given his faulty reasoning skills and legislative impulses in this case, I’m not optimistic he’ll respect reason or the Constitution the next time either.