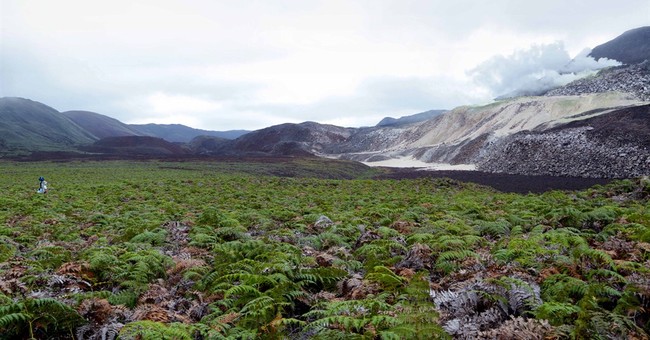 Meyer writes about the complex history of new life forms in an easy to understand narrative style. He takes the reader on a journey from Darwin to today while trying to discover the best explanation for how the first groups of animals arose. He shows, quite persuasively, that Darwinian mechanisms don’t have the power to do the job.

Using the same investigative forensic approach Darwin used over 150 years ago, Meyer investigates the central doubt Darwin had about his own theory. Namely, that the fossil record did not contain the rainbow of intermediate forms that his theory of gradual evolutionary change required. However, Darwin predicted that future discoveries would confirm his theory.

Meyer points out that they haven’t. We’ve thoroughly searched the fossil record since Darwin and confirmed what Darwin originally saw himself: the discontinuous, abrupt appearance of the first forms of complex animal life. In fact, paleontologists now think that roughly 20 of the 28 animal phyla (representing distinct animal “body plans”) found in the fossil record appear abruptly without ancestors in a dramatic geological event called the Cambrian Explosion.

And additional discoveries since Darwin have made it even worse for his theory. Darwin didn’t know about DNA or the digital information it contains that makes life possible. He couldn’t have appreciated, therefore, that building new forms of animal life would require millions of new characters of precisely sequenced code—that the Cambrian explosion was a massive explosion of new information.

For modern neo-Darwinism to survive, there must be an unguided natural mechanism that can create the genetic information and then add to it massively, accurately and within the time allowed by the fossil record. Is there such a mechanism?

The answer to that question is the key to Meyer’s theory and entire book. Meyer shows that the standard “neo-Darwinian” mechanism of mutation and natural selection mechanism lacks the creative power to produce the information necessary to produce new forms of animal life. He also reviews the various post-Darwinian speculations that evolutionary biologists themselves are now proposing to replace the crumbling Darwinian edifice. None survive scrutiny. Not only is there no known natural mechanism that can create the new information required for new life forms, there is no known natural mechanism that can create the genetic code for the first life either (which was the subject of Meyer’s previous book Signature in the Cell).

When Meyer suggests that an intelligent designer is the best explanation for the evidence at hand, critics accuse him of being anti-scientific and endangering sexual freedom everywhere (OK, they don’t explicitly state that last part). They also claim that Meyer commits the God of the gaps fallacy.

But he does not. As Meyer points out, he’s not interpreting the evidence based on what we don’t know, but what we do know. The geologically sudden appearance of fully formed animals and millions of lines of genetic information point to intelligence. That is, we don’t just lack a materialistic explanation for the origin of information. We have positive evidence from our uniform and repeated experience that another kind of cause—namely, intelligence or mind—is capable of producing digital information. Thus, he argues that the explosion of information in the Cambrian period provides evidence of this kind of cause acting in the history of animal life. (Much like any sentence written by one of Meyer’s critics is positive evidence for an intelligent being).

This inference from the data is no different than the inference archaeologists made when they discovered the Rosetta Stone. It wasn’t a “gap” in their knowledge about natural forces that led them to that conclusion, but the positive knowledge that inscriptions require intelligent inscribers.

Of course, any critic could refute Meyer’s entire thesis by demonstrating how natural forces or mechanisms can generate the genetic information necessary to build the first life and then massive new amounts of genetic information necessary for new forms of animal life. But they can’t and hardly try without assuming what they are trying to prove (see Chapter 11). Instead, critics attempt to smear Meyer by claiming he’s doing “pseudo science” or not doing science at all.

Well, if Meyer isn’t, doing science, then neither was Darwin (or any Darwinist today). Meyer is using the same forensic or historical scientific method that Darwin himself used. That’s all that can be used. Since these are historical questions, a scientist can’t go into the lab to repeat and observe the origin and history of life. Scientists must evaluate the clues left behind and then make an inference to the best explanation. Does our repeated experience tell us that natural mechanisms have the power to create the effects in question or is intelligence required?

Meyer writes, “Neo-Darwinism and the theory of intelligent design are not two different kinds of inquiry, as some critics have asserted. They are two different answers—formulated using a similar logic and method of reasoning—to the same question: ‘What caused biological forms and the appearance of design in the history of life?’”

The reason Darwinists and Meyer arrive at different answers is not because there’s a difference in their scientific methods, but because Meyer and other Intelligent Design proponents don’t limit themselves to materialistic causes. They are open to intelligent causes as well (just like archaeologists and crime scene investigators are).

So this is not a debate about evidence. Everyone is looking at the same evidence. This is a debate about how to interpret the evidence, and that involves philosophical commitments about what causes will be considered possible before looking at the evidence. If you philosophically rule out intelligent causes beforehand—as the Darwinists do—you will never arrive at the truth if an intelligent being actually is responsible.

Since all evidence needs to be interpreted, science doesn’t actually say anything—scientists do. So if certain self-appointed priests of science say that a particular theory is outside the bounds of their own scientific dogma, that doesn’t mean that the theory is false. The issue is truth—not whether something fits a materialistic definition of science.

I’m sure Darwinists will continue to throw primordial slime at Meyer and his colleagues. But that won’t make a dent in his observation that whenever we see information like that required to produce the Cambrian Explosion, intelligence is always the cause. In fact, I predict that when open-minded people read Darwin’s Doubt, they’ll see that Dr. Meyer makes a very intelligently designed case that intelligent design is actually true. It’s just too bad that many Darwinists aren’t open to that truth—they aren’t even open minded enough to doubt Darwin as much as Darwin himself was.