Obama's Abortion Positon: To the Left of NARAL 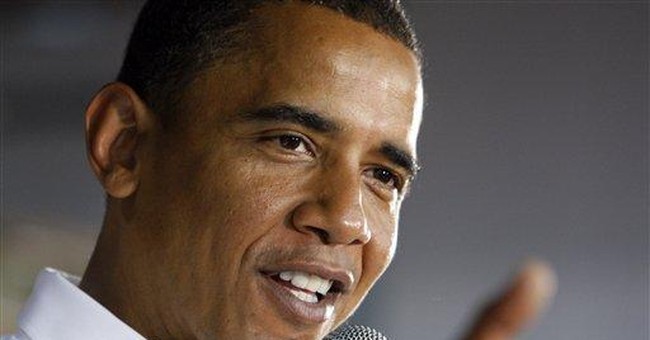 Frank Pastore from KKLA in Los Angeles interviews Jill Stanek, the former registered nurse who served at Christ Hospital in Oak Lawn, Illinois. She testified before Congress about the death of infants who survived the abortion procedure only to die without care, giving rise to the Born Alive Infant Protection Act.

Frank Pastore: As you know Sarah Palin has five children her youngest is a child that has Down syndrome. She was diagnosed, obviously while she was still pregnant with the child, and she chose to go forward. You have got to remember that 90 percent of Down syndrome children are aborted in this country, and it brings the life question right back regarding Senator Obama and question of what was going on in Illinois, what his record was regarding partial birth abortion—what he claims. You’ll remember that he said pro-lifers were lying about his record in an interview.

We have actually got the nurse who was holding one of those babies that Barack Obama wanted to kill, that had survived an abortion. She is a nurse—a delivery nurse. She has held these children that have survived abortions and rocked them in her arms. She also has been before Barack Obama when he was Chairing the Committee. You may hear all kinds of things in the mainstream media, but this woman was there. She was in front of Barack Obama. She has made the case regarding why these children should live. And Jill Stanek has argued before him and lost because he in fact has refused to support [the Born Alive Infant Protection Act.]

I know there has been a lot of political pressure from the Obama campaign against you, but nonetheless you are standing strong and telling your story. So what happened?

Jill Stanek: I was a registered nurse at Christ Hospital in Oak Lawn, Illinois in 1999 when I discovered that not only was the hospital involved in late-term abortions, but the method of abortion that the hospital used called induced labor abortion—which is not rare, it is committed around this country—sometimes resulted in babies aborted alive and, if they were aborted alive, they were allowed to die in the hospital’s soiled utility room without any medical intervention whatsoever.

This came home to me one night when a nursing coworker was taking a little baby boy (who had been aborted because he had Down syndrome) to our soiled utility room to die because his parents didn’t want to hold him and she didn’t have time to hold him that night. When she told me what she was doing I couldn’t bear the thought of this suffering child dying alone and so I cradled and rocked him for the 45 minutes that he lived. Needless to say, this was a life-changing event, and made me into the pro-life activist that I never was before.

After privately appealing to the hospital to stop, and they said they wouldn’t, we asked the Illinois attorney general to intervene and make them stop by law. He said that there was no law that was stopping them—and this was a pro-life Republican AG. This brought about the reason to introduce the Illinois Born Alive Infant Protection Act. This is in 2001 and this had been introduced on the Federal level in 2000 by the same name. And this was a bill that simply stated any baby born alive, no matter what gestational age, no matter what reason, wanted or not, was constitutionally protected as a legal person. And so I encountered Barack Obama in 2001 in a committee and when I was giving my testimony he decided that this would impose upon Roe v Wade—and so he voted “no” in committee. And then he went on to be the sole Senator to speak against it on the Senate floor, not only in 2001, but again in 2002.

He voted against it, it lost, so it was introduced again in 2002. On his Web site he has a quote from Pam Sutherland, the former CEO of Planned Parenthood Illinois, and he brags about the fact that she said that he came to her and wanted to strategize with Planned Parenthood about defeating this bill. So, he took a leadership role in opposing Born Alive. And that brings us to 2003 which pertains to … the interview with David Brody. In 2002 it passed with flying colors on the Federal level. It passed 98-0 in the U.S. Senate. Everyone voted for it, it was unanimous: Hillary, Kerry, Kennedy and Boxer even spoke in favor of it on the Senate floor. It passed overwhelmingly in the House….

Pastore: Everyone agreed, “Look if this child can survive the abortion we ought not let it lie there on the table and die or throw it in the trash can. We ought to help it survive. We ought to help the baby live.”

Stanek: Right, and furthermore, the pro-abortion group NARAL even went neutral on this bill on the Federal level. So Barack Obama, in 2003, voted “no” for the identical wording of the Federal bill which had changed slightly through the years. He voted against it. He voted against the very same identically worded legislation that even NARAL went neutral on. So, he voted to the left of NARAL.

Pastore: Let me get this right. So, the 98 members of the Unites States Senate voted unanimous 98-0 in favor of allowing these babies survive and helping them survive and, in the State Senate in Illinois, Barack Obama voted against that exact same language.

Pastore: Wow. Because he’s been presenting himself as saying, “Hey, if it had the same language I would have supported it. That’s why I’ve rejected the ban.” But it did have the exact same language.

Stanek: Yes, and I want to clarify: We are not talking about partial birth abortion where babies are half-way delivered. We are talking about an abortion procedure where the babies are fully delivered. Labor is purposefully induced before they think that the baby will be viable, so that the baby—they think—will die during the birth process or soon after. But they don’t do anything to kill the baby before the baby is delivered.

Stanek: Yes, Sarah Palin is a great example of what typically happens. A mom is diagnosed with her baby having some sort of an anomaly, and they push very hard for these moms to abort, but the diagnosis comes during the second trimester, or early third. So, this would be the typical abortion procedure that Downs kids have. You know that 90 percent of Downs kids that are aborted—likely, most of them are aborted by this method…. If she had gone through this procedure in Illinois, and if her little baby boy Trig had survived, Barack Obama is on record as saying he doesn’t think there should be intervention.

Stanek: He actually said that during Senate testimony in 2002, and there are audio clips out there that were recently discovered that you might want to get a hold of. He said that he didn’t think—he acknowledged that these babies could be aborted alive, but he said that it would be a “burden”—that’s his word—on the “original decision”—that’s his word again—on the mother and the doctor to resuscitate these babies.

Pastore: What’s fascinating to me is you are the nurse, the delivery room nurse, you were there, you’ve been before his committee there’s no way to spin this. It’s not you reciting another news story. You are the news story.

Stanek: I think what happened there was that he got back from Hawaii and his people didn’t tell him that we had the actual vote, the actual archived vote from the Illinois general assembly that had been scanned and all over the Web and so when he went on that interview and called us lying liars, he was really waving a red flag not only before National Right to Life, but kind of laying down the gauntlet which really helped create more of the media furor, so that by Sunday night, his staff had had to tell The New York Sun that it was true—he had voted the way he said he had not voted. And actually factcheck.org—you know a non-partisan group—has confirmed that he has voted that way and that he misrepresented his vote.

Pastore: What does this now mean—in your understanding? I mean for so long, for four years he had misrepresented his record, he knew he was lying about it, now he’s caught. The issue of life has surfaced yet again….

Stanek: … What we are talking about Frank, is a man who is so adamantly pro-abortion that he is pro-infanticide. He is on record as being in favor of allowing these kids to die in order to complete the mom’s request, although her request—she has gotten her pregnancy terminated, you know when the baby’s born—but he thinks she has the right to a dead baby.