Britain is Now the Savage Nation 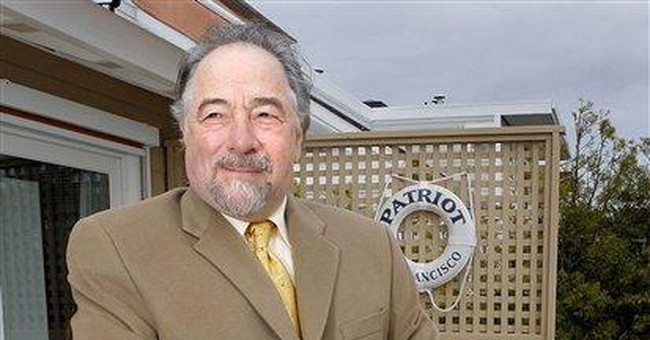 American talk show host Michael Savage is banned from entering the United Kingdom. "You've got to be kidding!" was our first thought when we heard this news. But it's no joke. Michael Savage has strong opinions, but he is certainly no terrorist. Yet his name is lumped together with leaders of a Russian skinhead gang who are serving jail time for murdering 20 people, Hezbollah, Kashmiri terrorists, assorted Muslim and Jewish extremists plus a neo Nazi.

On the air for the past 15 years any talk host will undoubtedly make a few comments that offend people, but Savage has certainly never incited anyone to violence. Savage is very successful, reaching an audience of 8.25 million listeners each week. But all Americans should be outraged that the British government has placed him on their 'least wanted' list, banning him from entering the country. This is a blatant assault on freedom of speech.

Since 2005, the U.K. has been able to ban people who promote hatred, terrorist violence or serious criminal activity. On May 5, Britain's Home Office released the names of 16 of the 22 individuals who have been placed on the list since October of 2008. The report describes Savage as: "Controversial daily radio host. Considered to be engaging in unacceptable behavior by seeking to provoke others to serious criminal acts and fostering hatred which might lead to inter-community violence."

"This is someone who has fallen into the category of fomenting hatred, of such extreme views and expressing them in such a way that it is actually likely to cause inter-community tension or even violence if that person were allowed into the country," said Home Secretary Jaqui Smith about Savage.

To place a successful talk host like Michael Savage on the same list as radical Muslim clerics, convicted criminals, and Russian skinheads is beyond outrageous. Yet we hear not a peep being said by the U.S. government and mainstream media in defense of Savage against this outrage.

Instead of fighting this unjustified attack against an American citizen, the Obama administration is preparing to mimic the British. Reading the language of the Home Office's release, we couldn't help by see an uncanny resemblance to Janet Napolitano's Homeland Security Report that classified conservatives as extremists. The liberal thought police are on the prowl in London, and the media and the Obama administration are silent and implicitly supporting the British.

Can you imagine the outcry and fervor that this travel ban would cause if it had included a leftist talk host such as Rachel Maddow? The media would be up in arms, and the Obama administration would immediately be on the phone with British diplomats to get an explanation. So why is that not happening in the case of Michael Savage?

Evidently in the U.K. it is OK to blacklist a white male conservative, if you so much as utter a word of opposition to illegal immigration, homosexuality, or Islamic terrorists. Michael Savage sent a letter to Secretary of State Clinton asking her to plead his case; we doubt that she will listen. He is also suing the British government for defamation for grouping him with all the legitimate criminals and terrorists and "painting a target on my back." Legal experts estimate he has a decent case.

In his defense on the air Savage said, ""I have never advocated violence. . . I've been on the air for fifteen years, three hours a day, five days a week -- fifteen years. They [Savage's critics] take a few sound bites that amount to one, two, or three minutes and they try to redefine me by extracting sound bites out of context. I could do that with anyone in the public eye."

The mainstream media and the Obama administration are neglecting their duties by not defending Mr. Savage. As much as they may be disagree with Savage's opinions, this type of censorship and blacklisting is threatening everyone's freedom of expression. As Roger Hedgecock says, "The British government action barring Michael Savage is a frightening preview of what we can expect in our own country as the PC police shut down the voices of dissent."

If these attempts to intimidate and censor people for their viewpoints are not combated now, freedom of dissent may become a memory.