What Did Barack Obama Know and When Did He Know it? 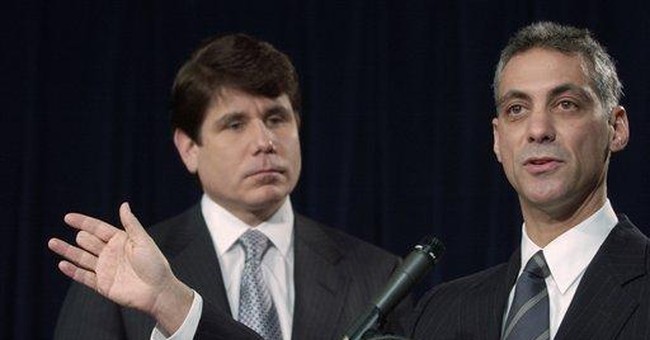 On December 23, when all of us were busy wrapping gifts and preparing for Christmas, the Obama team issued a report exonerating everyone on his team of any wrongdoing in the scandal to sell Obama's Senate seat to the highest bidder.

However, the report written by Greg Craig, famous for fighting the Clinton impeachment, raises more questions than it answers. The chief and central question is, "What did Obama know and when did he know it!"

FBI agents arrested the Governor of Illinois, Rod Blagojevich, and his Chief of Staff, John Harris, on federal corruption charges. One of the allegations against Blagojevich and Harris is that they were attempting to sell Barack Obama's Senate seat to the highest bidder.

Obama and his team immediately shifted into damage control mode -- perhaps too quickly -- and issued an emphatic blanket denial: "I had no contact with the governor or his office and so we were not -- I was not aware of what was happening."

That was a big mistake. On a par with Bill Clinton's petulant and admonishing denial, "I never had sexual relations with that woman... Ms. Lewinsky."

On November 23, Obama advisor David Axelrod told the Fox News Chicago affiliate that Obama and Gov. Blagojevich had, in fact, spoken about who should fill the remainder of Obama's term in the Senate: "I know he's talked to the governor and there are a whole range of names, many of which have surfaced, and I think he has a fondness for a lot of them."

Oops... Axelrod quickly issued a retraction: "I was mistaken when I told an interviewer last month that the president-elect has spoken directly to Governor Blagojevich about the Senate vacancy. They did not then or at any time discuss the subject."

Federal Prosecutor Patrick Fitzgerald said at the time, "There is no allegation in the complaint that the president-elect was aware of it and that is all I can say."

Nevertheless, it was very clear from the complaint that some people close to Obama were plenty aware.

One section in the complaint concerning the sale of Obama's Senate seat recounts a series of conversations that allegedly took place over a period of days, beginning November 5 (the day after the election -- although Blagojevich's first recorded mention of the matter occurred on November 3), between Blagojevich, his Chief of Staff John Harris; a Washington based consultant on Team Obama, known only as "Advisor B;" and later, Blagojevich's wife; an Service Employees International Union (SEIU) official and various others.

"Advisor B" is likely Obama's future Chief of Staff, Rahm Emanuel. Emanuel was operating as a cutout used by Obama to tell Blagojevich what to do indirectly. Most of the conversations never involved the Governor either, but instead involved his now-former chief of staff, John Harris. After he was arrested, he resigned from the Blagojevich staff and has been singing to federal prosecutors.

Initially, Blagojevich indicated that he would appoint the female preferred by Obama, identified in the complaint as "Senate Candidate 1" (now acknowledged to be Obama inner-circle member Valerie Jarrett) in return for Blagojevich being appointed secretary of Health and Human Services by Obama.

Over a period of days, it became apparent to Blagojevich that the Health and Human Services appointment was not going to happen and on November 10, during a two-hour conference call, Blagojevich altered the terms and pressed for a three-way deal between SEIU, Blagojevich, and Obama.

Under this alternate option, Blagojevich would appoint Obama's preferred candidate ("Senate Candidate 1" - Jarrett) and Obama, in return, would help Blagojevich secure an SEIU appointment to head a not-for-profit organization called "Change to Win."

Of particular interest is a concurrent chain of events not mentioned in the complaint. On November 9, CNN announced that Valerie Jarrett was Obama's choice to serve out the remainder of his term in the United States Senate.

The next day, on the evening of November 10, there was a sudden reversal; CNN announced that Jarrett would not serve in the Senate but instead work with Obama in the White House.

Back to the complaint: the next day, on November 11, in a conversation with Harris, Blagojevich, possibly viewing Jarrett being suddenly removed from consideration as a personal slap in the face directed at him, uttered the now famous profanity. According to the complaint, Blagojevich said he knew that Obama really wanted "Senate Candidate 1" for the open seat but "they're not willing to give me anything except appreciation. [Expletive] them."

Did the two-hour conference call on November 10 contribute to the Jarrett story being leaked to CNN on the evening of November 10? Did someone in Obama's inner circle -- or Obama -- pull Jarrett's name from consideration to send a message to Blagojevich? Was the move initially an attempt at negotiations, or was it possibly meant to put a stop to Blagojevich's alleged "shakedown" scheme?

If the intention was to send a message to Blagojevich, then some members of Obama's inner circle may be facing indictment. It takes two to tango and all of those who actively participated in the alleged negotiations to sell a Senate seat are just as guilty as Blagojevich.

As for the other option, an attempt to actually put a stop to the "shakedown" scheme, may be viewed, at first glance, as an exoneration of Team Obama. But not so fast... having knowledge of such a scheme and not reporting it to the authorities is a serious offense as well.

The Craig report is a farce and the American people deserve real answers.