An Open Letter to a Conservative, Freedom-Loving Student

Fletcher Armstrong
|
Posted: Oct 25, 2018 12:01 AM
Share   Tweet
The opinions expressed by columnists are their own and do not necessarily represent the views of Townhall.com. 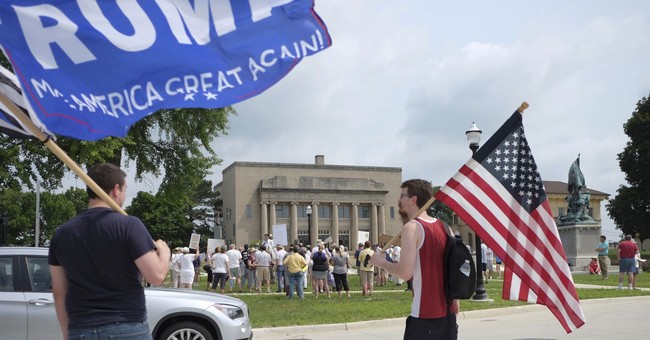 When we met you on campus a few weeks ago, you said your grades have suffered because of your conservative views.  Students and even teachers (whose salaries you pay) denounce you as “intolerant,” while other students who share your beliefs only watch in silence, fearing the same treatment.  You have lost friends because of your political opinions.

You are not alone.  Others have told us similar stories.  One student was called a “dumb blonde” by one of her leftist teachers.  Acts of violence are meted out by Antifa and other fascists who emulate the Brownshirts of the 1930s.

Yes, taking a stand against stupidity and evil will always cost you something.  It is much safer to be silent … and it is very tempting.  But consider a world being run by thugs who use violence to intimidate and shut down people they don’t like.

Teachers who threaten you or punish you for your views are no different.  Maybe they don’t wear masks of cloth like Antifa, but they use their lofty positions as masks of respectability.   And they are nothing more than bullies trying to shield themselves from accountability for their intellectual thuggery.  Don’t be afraid of them.

But do be afraid of a future in which they rule over you and your children.

They have a clear path to victory.  Edmund Burke showed us their roadmap when he said that the only thing necessary for evil to triumph is for good men to do nothing.  That’s why they threaten you and call you names, so that you will do nothing and they will win.  When they win, we all lose … and we lose more than just grades and scholarships.

On moral issues, don’t expect much help from your Christian friends.  They have been taught to follow a mythical Jesus who never confronted people about sin, a Jesus who hated conflict more than he hated evil.

At their Pizza for Jesus meetings, they talk with each other about Jesus while their neighbors destroy themselves, their children, and each other.  Few of them have ever learned how to defend their faith or their views in a hostile public setting.  Few of them have ever learned that true compassion often means inviting the persecution that results from telling hard truth.

Please consider two kingdoms.  The first is our earthly kingdom, the United States and the freedom, security, and prosperity it offers.  Consider what your freedom cost, from our Founding until the present day.

You can visit monuments to fallen soldiers at Bunker Hill, King’s Mountain, Flanders Field, Normandy, Manilla, and many other places around the globe.  Hundreds of thousands have given their lives so that we can live free.  And not just we alone, but hundreds of millions of others on every continent who were rescued from tyranny by the blood of US soldiers.

The second is the Kingdom of Heaven.  Jesus said when we stand for truth, we will be persecuted.  He said, “If they persecuted me, they will also persecute you” (John 15:20).  But he also said to count it a blessing: “Blessed are those who are persecuted for righteousness’ sake, for theirs is the kingdom of heaven.  Blessed are you when others revile you and persecute you and utter all kinds of evil against you falsely on my account.  Rejoice and be glad, for your reward is great in heaven, for so they persecuted the prophets who were before you” (Matthew 5:10-12).

When you do take a stand, especially in class, please know that you will sometimes lose the argument.  Not because you are wrong, but because you are going against learned professors who are intelligent, educated, and practiced.  They are subject-matter experts who can use their knowledge to make even destructive ideas seem plausible.

You won’t always know the answers.  Topics will arise that you have not studied (yet).  You will say stupid things.  (I know, because I do it all the time.)  They will twist your words into something you won’t even recognize.  No matter how respectful and compassionate you are, they will call you mean and hateful.

But don’t let any of that deter you.  Take it as a challenge.  Learn the facts.  Learn good arguments.

In the moment, be respectful and keep your composure, but be bold.  You don’t have to be perfect; you just have to be willing.

Memorize Thomas Sowell’s famous three questions: (1) Compared to what? (2) At what cost? and (3) What is your hard evidence for that?

Every setback will be a learning opportunity.  Study, hone your skills, and practice.  The next day, come back with new facts and better arguments.

Finally, know that courage is contagious.  When others see that you can speak up, some of them will be emboldened to join you.  Maybe not many at first, but eventually.  Be persistent.

I count it a blessing to be in this battle with you.  Let us heed the words of Winston Churchill, who famously encouraged his Nation during the darkest hours of WW2.  Paraphrasing his words, let us neither flag nor fail.  Let us fight on to the end.  Let us never surrender.

The alternative is to be governed by lawless thugs, and that is intolerable.