What's At Stake On Tuesday

Evan Sayet
|
Posted: Nov 05, 2018 12:01 AM
Share   Tweet
The opinions expressed by columnists are their own and do not necessarily represent the views of Townhall.com. 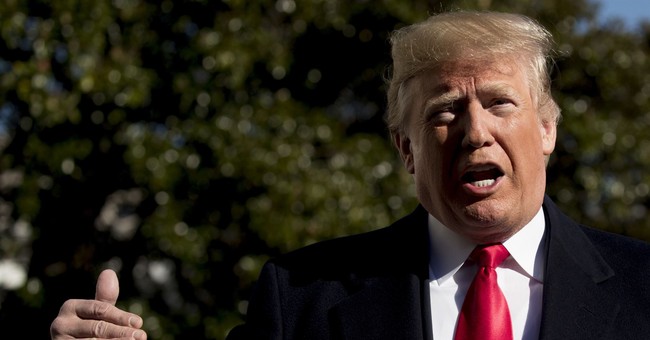 Across the globe – from the victory of Brexit to the defeat of Angela Merkel and beyond – we are witnessing what may well be the last fight for the survival of Western thought.   It’s a battle that has been waged since the end of World War II and is today coming to a head around the world.   It is the battle between International Socialism (sometimes called “globalism”) and nationalism.

Nationalism is a morally neutral term. Its goodness or evil (and everything in between) depends entirely on the morality of the nation one adores.  Yes, if one’s nationalist fervor is for, say, Nazi Germany, then nationalism is a force for evil.  But it is just as true that, if one’s love is for a good and great nation like America or Great Britain, then nationalism is not merely a force for good, it is often the only bulwark against the evils of other “isms” such as socialism, communism, fascism, Islamism and racism.

Yes, Hitler succeeded in ginning up nationalist fervor for his socialist schemes but, had the British not deeply believed in the goodness and righteousness of their nation, they wouldn’t have had a reason – much less the stamina and gumption – to withstand Hitler’s onslaught.

Similarly, had the American people not believed in America’s exceptionalism, there would have been no reason for America to have invested the blood and treasure required to defeat the communists – the most murderous ideology in all of human history – and win the Cold War.

Put simply, if one’s nation – its culture, language, form of governance and other defining characteristics – are nothing special, there is simply no reason for one to work, let alone fight, for its survival.

Europe today is suffering the consequences of a post-nationalist ideology.  On the one hand, its socialist nature is stifling industry and ingenuity while its lack of national identities is allowing the evils of Islamism to destroy the cultural fabric of that continent without so much as a fight.  Again, if one’s culture is nothing special, why fight to defend it?

Socialism, on the other hand, is a fixed set of beliefs shared by any and all socialists wherever they may be found.  And wherever it is found, it is both a recipe for failure and a fount of evil.

Some argue that socialism is “merely” an economic model. This simply isn’t true.  Just as capitalism and free market economies encourage societies that are individualistic, creative, innovative and charitable, socialists, through both their proscriptions and their failures pave the way for all of the other evil “isms” we associate with communist and socialist nations.

The greatest evil of socialism is its central conceit. Socialism – like racism, sexism, communism and so on – is a collectivist ideology whereby people are judged worthy or not worthy – to be rewarded or to be punished – based not on the merits of the individual’s behavior but on his membership in one or another group.

While the socialists start their war against “the rich” – be they the “bourgeoisie” or the people who work on Wall Street Americas Left violently occupies – the concept of collectivism easily morphs into hatred for and the justification of violence against other “collectives” based on race, religion, sex and so on.

Thus, it is not surprising to find that the same parties militating for socialist economic policies also promote policies based on sex, blood and race.

While there is, of course, a very big difference in how these policies are/were implemented, there is no conceptional difference between Hitler’s policy that anyone with 1/32nd part Jewish blood should be punished and today’s socialists’ belief that someone who claims to have 1/32nd part Indian blood should be rewarded with a tenured position at Harvard university and the $350,000 salary that comes with it.

Neither is there an ideological difference between the socialist Hitler’s belief in a “master race” and Don Lemon and Louis Farrakhan’s belief in an inferior race of white people or the new and racist concept that all people with white skin have lived a life of privilege.

The bulwark against the evil isms practiced as a matter of course by the Left in America is the nationalism that is on the ballot on Tuesday.  In the America that Donald Trump and the Republican party seek to conserve – thus the name “conservatives” – the “collective” is all Americans without regard to blood, race, sex or level of economic or other achievement.

Collectivism – along with the undoing of due process and individual rights which are its hallmarks – divide people and pit them one against the other and the others against the all.  Nationalism unites people as that nation’s culture, language and more cross all blood, gender and class lines.

“White privilege” and “Black lives matter” are racist concepts – just as “toxic masculinity” and “all women must be believed” are sexist ideas – that, while not part of the socialist “economic” model are the inevitable results of the socialist ideology because collectivism based on blood, ethnicity, gender and class is the antithesis of truth, justice and, yes, the American way.