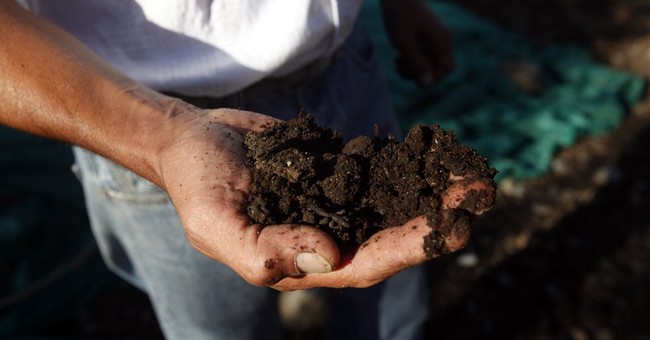 Seattle doesn’t need busybody bureaucrats to push environmental awareness. With a lofty recycling rate and an ardent culture of environmentalism, Seattleites hardly need convincing. Yet the City, under a new composting mandate, now pries into residents’ trash cans weekly to make sure people don’t throw out food. Seattle can’t trample privacy in pursuit of sustainability. Pacific Legal Foundation—a non-profit that litigates for constitutional rights—has recently filed a lawsuit challenging these sweeping searches on behalf of a group of Seattle residents.

This food waste ban penalizes you when food or other recyclables make up more than ten percent of your rubbish. How does the City know if you passed this threshold? Garbage collectors are trained to poke around in your waste bin to figure out the volume of taboo trash, a calculation (x=pr2h÷10) that even a physicist would struggle with on the fly. Worse yet, you can’t even challenge a trash collector’s off-the-cuff estimate that you’ve violated the law.

Although recycling rules have been around for some time, the food waste ban drives the level of privacy invasion to new and audacious heights. In the past, trash collectors might have been on the lookout for the odd cardboard box sticking out of a garbage can. Now, the hunt for chicken bones, pizza crusts, and other contraband demands an intrusive search.

Paradoxically, around the time that it passed the food waste ban, the City Council also issued a “

Our trash betrays a lot about us. Everything we do generates waste; including things we’d rather not share. As Supreme Court Justice William J. Brennan said,

A search of trash, like a search of the bedroom, can relate intimate details about sexual practices, health, and personal hygiene. Like rifling through desk drawers or intercepting phone calls, rummaging through trash can divulge the target's financial and professional status, political affiliations and inclinations, private thoughts, personal relationships, and romantic interests. It cannot be doubted that a sealed trash bag harbors telling evidence of the intimate activity associated with the sanctity of a man's home and the privacies of life.

Because of the privacy interests at stake, Washington law forbids suspicionless garbage searches. The state constitution says, “No person shall be disturbed in his private affairs, or his home invaded, without authority of law.” Like the Fourth Amendment to the federal Constitution, this means searches that violate expectations of privacy require a warrant. The Washington Supreme Court has already applied the state’s privacy right to the trash can: “While a person must reasonably expect a licensed trash collector will remove the contents of his trash can, this expectation does not also infer an expectation of governmental intrusion.” Seattle can’t snoop through everyone's garbage on a weekly basis without a warrant or any suspicion of wrongdoing.

Seattle residents deserve a city that honors privacy. A sphere of private life frees us to define ourselves and shape our relationship with others and the community. Milan Kundera, author of The Unbearable Lightness of Being, called this private realm “the indispensable condition, the sine qua non, for a man to live free.” A dignified life, a free life, means “that the curtain separating these two worlds is not to be tampered with, and that curtain-rippers are criminals.” We have the right to control the information that can be used to control us.

The City will downplay the gravity of trash searches, but incremental rights violations set a precedent for more sweeping surveillance. The gradual fraying of the curtain is no different than a blatant rip. Seattle can’t balance its policies against civil rights and decide which prevails. Composting does not trump the constitution.