Ballot Measures will Prove an Insightful Experiment on the Minimum Wage

Eric Peterson
|
Posted: Nov 14, 2016 12:15 PM
Share   Tweet
The opinions expressed by columnists are their own and do not necessarily represent the views of Townhall.com. 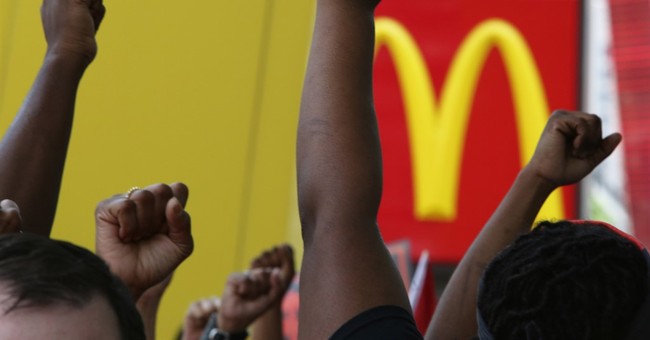 While last week’s shocking presidential election certainly took up most of the oxygen in the media, it wasn’t the only consequential vote taking place. Dozens of states posed questions of policy directly to the people, with citizens voting on ballot measures ranging from the legalization of marijuana to the death penalty. One of the most prominent types of ballot measures this cycle were proposals to raise the minimum wage in several states.

Former Supreme Court Justice Louis Brandeis once called the states the “laboratories of democracy,” and allowing each state to set its own minimum wage provides a perfect opportunity to put this controversial policy to the test. The vast majority of economists believe that price floors, like the minimum wage, restrict demand for goods. In this case, the goods being restricted are minimum wage jobs. With higher labor costs, employers will look to either automate production, cut back on hours for employees, raise prices, or some combination of the three.

Proponents argue that raising the minimum wage will boost to the economy by increasing the spending power of those currently on the minimum wage, and it seems a majority of voters in Arizona, Colorado, Maine and Washington agreed with that assessment. But while the voters of these states may have agreed with that prognosis, the facts on the ground might prove decidedly different. Seattle was one of the first cities to raise its minimum wage last year, increasing the wage to $11 in April and eventually all the way to $15. According to a study from the University of Washington, the results for those affected have not been positive:

“The minimum wage appears to have slightly reduced the employment rate of low-wage workers by about one percentage point. It appears that the Minimum Wage Ordinance modestly held back Seattle’s employment of low-wage workers relative to the level we could have expected. Hours worked among low-wage Seattle workers have lagged behind regional trends, by roughly four hours per quarter, on average.”

These results match the theoretical predictions for economists. While the minimum wage has a small impact on the economy overall, that impact is concentrated on those with fewer skills or less experience. Those with higher skills already earning above the minimum wage are barely affected. No doubt many will object that the sample size in Seattle as too small to draw definitive conclusions, and claim the minimum wage is not a cause of these problems. Thankfully, the recent ballot measures in Arizona, Colorado, Maine, and the rest of Washington will give us a way to put that theory to the test.

Often a vote for the minimum wage comes from a place of good intentions – the desire to see those working hard have more money in their pockets. But good intentions don’t always translate to good results, as the preliminary results from previous minimum wage hikes clearly indicate. If the experiment with higher minimum wages in these states fails, we can only hope voters in other states learn from these mistakes and find ways to help the least fortunate in by creating opportunity for everyone, not by voting them out of a job.