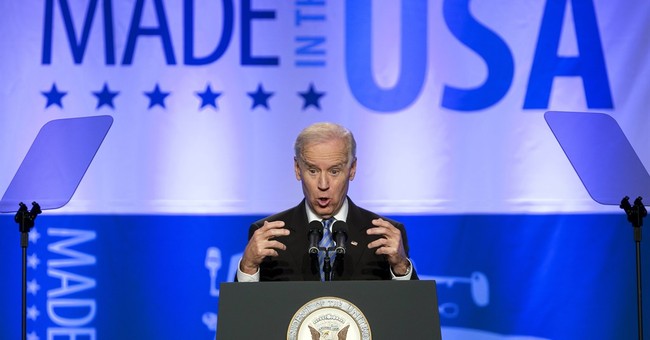 The taxpayer-backed Export-Import Bank (Ex-Im) is facing intense scrutiny on Capitol Hill in the lead up to its scheduled expiration in September. While the bank has been called “little more than a fund for corporate welfare” by a certain U.S. Senator just a few years ago, the bank’s minions have been attempting something of an extreme makeover in recent months, seeking to extend the antiquated bank’s lease on life.

Part of that makeover has been an effort to paint the bank as a friend to Main Street small businesses, and gloss over its well-deserved reputation as a financier of big business and giant foreign corporations. The bank’s 2013 annual report claimed that “nearly 90 percent of Ex-Im’s transitions directly benefited small businesses” while less than 20 percent of actual funding did. Patrons of the bank also point to the results of Ex-Im’s “small business survey,” touting the benefits of the big business bank to mom-and-pop shops.

One of the Ex-Im’s favorite fables is the story of the small business Miss Jenny’s Pickles. The story goes that after hearing current bank president Fred Hochberg speak about the values of the bank to small businesses, pickle pioneer Jenny Fulton rushed to put a jar of her pickles in Hochberg’s arms before he drove away. This encounter, according to Ex-Im lore, paved the way for Miss Jenny’s Pickles overseas success -- with dozens of stores in China now selling Miss Jenny’s American made wares.

If the story sounds too good to be true, that’s because it is.

Ex-Im involvement in Miss Jenny’s Pickles started in 2013, when the company received $200,000 in credit insurance. However, the pickles were already in 40 Chinese stores with plans to expand to further in China and into Mongolia well before the Ex-Im loans were given. Domestically, the pickles were also doing quite well, being sold in over 600 stores nationally and on QVC – all with no help from the U.S. taxpayer. Indeed, while Miss Jenny’s Pickles is a clear example of American entrepreneurship, its success is not a result of government subsidies.

Even if a handful of smaller companies like Miss Jenny’s Pickles marginally benefit from the taxpayer assisted financing, the true beneficiaries of Ex-Im largess remain large, politically-connected corporations, both nationally and internationally. In 2013 the top 10 beneficiaries received over 76 percent of all the taxpayer dollars doled out by the Ex-Im Bank -- more $20 billion. This is not a recent trend as the bank routinely fails to meet its mandate that 20 percent of financing go to small businesses.

If the blatant misrepresentation of who the Ex-Im bank supports wasn’t enough, a recent study from the non-partisan Congressional Budget Office found that the bank will actually cost tax payers over $2 billion over the next 10 years. The claim that the bank saves taxpayers money is as fictitious as the bank supports small business.

Miss Jenny’s Pickles is not an Ex-Im success story. It is a clear example of how American ingenuity and entrepreneurship, not government subsidies and corporate welfare, lead small business owners to international success.”

Despite the public relations offensive by the bank’s spin doctors, the bottom line remains that the bank is largely a tool of big business cronyism.

It is time the American public demanded their tax dollars stop being spent to subsidize the well-connected in Washington and break the bank.