The President Needs to Focus on Reelection

Erick Erickson
|
Posted: May 29, 2020 12:01 AM
Share   Tweet
The opinions expressed by columnists are their own and do not necessarily represent the views of Townhall.com. 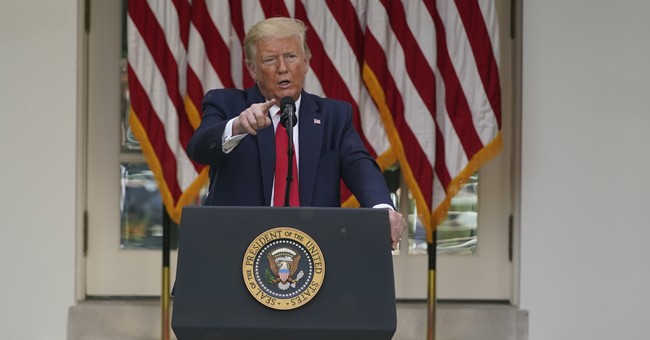 In May of 2001, a young congressional staffer went missing in Washington, D.C. Her name was Chandra Levy. She had been murdered in a park in Washington, and her remains were not found until a year later.

During the course of the investigation, the Washington police discovered Levy might have been having an affair with then California Rep. Gary Condit. Media speculation went rampant, especially after Levy's body was found in 2002 -- a midterm election year. Condit went on to lose his race.

A few months after Levy died, a young woman working in the Fort Walton Beach, Florida, office of then Rep. Joe Scarborough fell over dead in his office. On July 20, 2001, Lori Klausutis' body was found. She had fallen over, struck her head, and died. The coroner determined she had an undiagnosed heart condition, which had caused her to collapse.

As Americans headed into the 2002 election , political tempers began to flare, and with speculation on Gary Condit, some left-wing activists wanted a "whataboutism" to combat the attention. They settled on Joe Scarborough and Lori Klausutis.

As Scarborough's career in the media rose, the fever swamps of the left got louder. The left-wing activists such as Daily Kos, a pretty establishment website for left-wing activists, let the rumors about Scarborough fly. Propagandist and noted communist sympathizer Michael Moore even registered a website domain to promote the conspiracy that Scarborough was a murderer.

Over the years, the allegations went away. They resurfaced in 2009 as an immigrant from Central America was figured for killing Chandra Levy. Then they went away again. They have resurfaced with President Donald Trump.

I don't really care what you think about Joe Scarborough, but no American deserves to have the President of the United States targeting him with accusations of murder. No American deserves the President of the United States tweeting out salacious and unproven accusations suggesting murder and conspiracy. The deceased's family does not deserve it. Her widower does not deserve it. The fact that President Trump does not seem to understand that should bother every one of us.

It is shameful and gross.

Concurrent to all of this is a growing panic in several swing states that the President is falling behind Joe Biden. The Trump campaign was attempting a Bush versus Kerry approach to 2020, seeking to define Biden in the time leading up to the Democratic National Convention. But the Trump team has now taken a very undisciplined approach of throwing everything out to see what sticks. There is no comprehensive or overarching narrative and theme about Biden.

Some Republican leaders are privately concerned the President's team is painting a rosier picture for the President than reality presently suggests. Outside groups have been reiterating that key constituencies the President needs for his reelection are starting to drift away. They are not, thankfully, beyond reach, but the President's team does not seem to have a good strategy to get them back.

Combine the polling and the President's sudden infatuation with old left-wing conspiracies, and it seems the President is more focused on score-settling than winning reelection. That should bother the President's supporters. Joe Scarborough is not on the ballot. Joe Biden is.

Last week, the President spent his time focused on resurrecting old conspiracies that accused an innocent man of murder while dredging up the pain of loss for a dead woman's family. He should have focused on a man who could fill seats on the Supreme Court and who is ahead in most polls in the swing states the President needs to win.