Collapse of the Career Politicians

Erick Erickson
|
Posted: Aug 24, 2018 12:01 AM
Share   Tweet
The opinions expressed by columnists are their own and do not necessarily represent the views of Townhall.com. 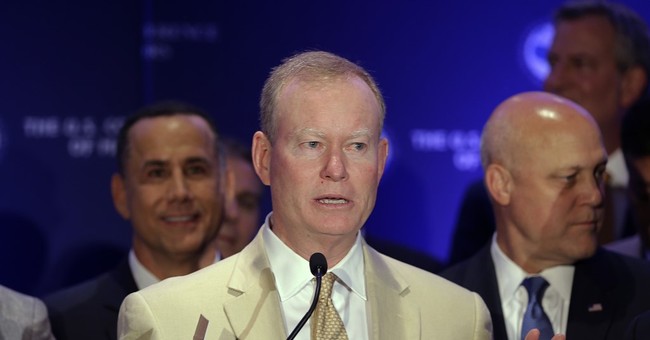 The prevailing consensus among political analysts in the United States about Donald Trump's victory in 2016 centers on the idea that career politicians in America have, over time, become divorced from the realities of day-to-day existence in America. Washington politicians seem less able to relate to individuals while relating to policies those individuals do not think are helping them.

This is playing out across the country with upstart candidates who have never been in politics convincing voters that they have a better understanding of what to do than career politicians who have dedicated their lives to public service. One of these races is happening in Oklahoma where political newcomer Kevin Stitt is in a runoff against long time Mayor of Oklahoma City, Mick Cornett.

On paper, it should be no contest. Cornett is a successful mayor of a successful city. In 2010, a group in London named Cornett the second best mayor in the world behind the mayor of Mexico City. That, at least, made Cornett the best mayor in the United States. Cornett chaired the U.S. Conference of Mayors. Along the way, he started sounding like so many of the politicians Americans have come to loathe.

In a National Public Radio interview about sanctuary cities, Cornett claimed he did not know what a sanctuary city was and referred to illegal aliens as "undocumented citizens," whatever that is. He has praised the work of the gun grabbing former mayor of New York City, Mike Bloomberg. He has been quick to sign on to frivolous documents that give mayors stature. One of those is getting him into trouble.

In the good will of being named the second best mayor in the world, Cornett added his name to the so called "City Mayors' Code of Ethics." That code declares that "Mayors shall be free to oppose any laws of their cities and nations where such laws contravene the United Nations Universal Declaration of Human Rights." In other words, the Mayor of Oklahoma City has agreed to put the decrees of the United Nations ahead of the laws of his city, state, and country.

These sorts of stunts and worldliness might sell well in the urbane hotspots of Brooklyn and Beverly Hills, but Oklahoma is not a hipster capital or liberal utopia. Right now Oklahoma ranks highest only on incarceration rates in the United States, having just overtaken Louisiana. The state has some deep rooted problems that the current crop of political leaders in the state have failed to address. Cornett, the standard bearer for this crop of leaders, has been traveling the world basking in the praise of the world elite when more and more Oklahomans are going to jail.

These issues are cropping up because Cornett will face Stitt next week. The politics-as-usual crowd and a bevy of Oklahoma establishment politicians have lined up behind Cornett. They view him as the safe pick who will continue what they perceive to be steady progress by a steady hand. Cornett will sound the right notes, but everyone will know he is only giving lip service to the red meat demographics of Republican politics. They fear that Stitt is a true believer in conservative Americana.

Stitt has no political record to weigh him down. In normal times, that itself might be an anchor against him. But his opponents are left to attack him as out of his league and out of his depth with no experience. Stitt's response can be that at least he did not sign up to put the international community's values ahead of American values and at least he played no role in driving up incarcerations as the only thing Oklahoma leads.

The present Age of Trump is disrupting much of American life. One of the benefits of that disruption is the entry into politics of new people forcing the status quo to adapt or get out of the way. More like Kevin Stitt and less like Mick Cornett would be a good thing.