Erick Erickson
|
Posted: Mar 03, 2017 12:01 AM
Share   Tweet
The opinions expressed by columnists are their own and do not necessarily represent the views of Townhall.com. 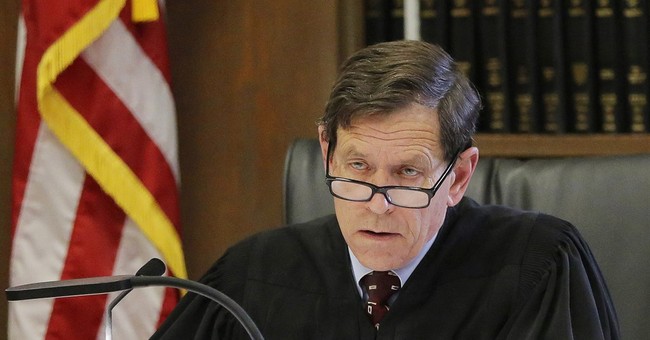 Trending
Let me pose a hypothetical situation to you. A man and woman marry. They have three children over the course of their 20 years of marriage. In recent years, the husband has been more and more withdrawn. Something has changed. His wife and children can see it. He knows it. He goes to a therapist to deal with whatever it is that is affecting him.

One day, well into therapy, the husband announces he identifies as a woman and intends to begin sex reassignment. The wife and children are horrified and the wife files for divorce. The question is this: is the wife a bigot? Unfortunately, and increasingly, a lot more people than you might think would say yes.

This is all part of the madness of the present age. "Science says" is taken as gospel truth, when often science says no such thing. There is, for example, no scientific evidence to suggest that one can pick one's gender. Gender itself is just a synonym for sex that took on a life of its own in the 50s when people did not like to use the word "sex" to talk about male and female distinctions.

But in the post-modern age where truth is in the eye of the beholder, an aggressive and increasingly anti-science cult is pushing the notion that we are born gay or straight, but we can choose to be boys or girls. We have become unmoored from sanity as a society.

In the hypothetical above, the man and woman are born straight, but when the husband decides to become a woman the wife is suddenly a bigot. How can she be if she was born with opposite sex attraction? Only leftwing academics know for sure, but they are quite sure she is.

The inmates are running the American asylum at an ever-increasing pace, and along the way are threatening, badgering and harassing anyone who dissents from their madness. This is all beginning to collide with one of the first freedoms to exist in North America, the freedom of religion.

Many of the colonies were, originally, places for religious dissenters. The Founding Fathers valued religious liberty and put it in the very first amendment to the constitution. But now, peddling theories about equal protection, activists are insistent that religious Americans conform to not just irreligious sentiments, but anti-science sentiments.

A few weeks ago, Barronelle Stutzman lost her court battle over religious liberty in Washington State. Ms. Stutzman ran a florist shop, which had long served members of the gay community. But Ms. Stutzman would not provide flowers for a same-sex wedding because of her Christian faith. Labeled a bigot by the state, she was hauled to court and punished.

In Oregon last week, Aaron and Melissa Klein appeared before the Oregon Court of Appeals. They have lost their bakery and were fined $135,000 for their unwillingness to bake a cake for a gay wedding. There were more than a dozen bakeries within a mile of their business and they regularly served the gay community. But because they were unwilling to provide for a same-sex wedding, they had to be punished.

Before the Supreme Court is now the case of a girl who has decided she is a boy. Science says she is not a boy, but she wants access to the boys' bathroom despite the concerns of both her fellow students and parents. This is happening more and more as post-modernity sweeps the nation and truth is upended in favor of happiness. But, of course, the happiness is for three-tenths of one percent of the country at the expense of the overwhelming majority who realize the problem and are uncomfortable.

Our founding fathers had a remarkable solution to this problem. They believed people should be allowed to live in communities of common interest. Those who favor transgender bathrooms can live somewhere and those who believe in science can live somewhere else. Freedom of movement was encouraged. But now everybody claims every issue is a civil rights issue and the only allowed solution is conformity. That conformity, however, only breeds resentment. It is all madness.