The Russians Are (Not) Coming

Erick Erickson
|
Posted: Dec 16, 2016 12:01 AM
Share   Tweet
The opinions expressed by columnists are their own and do not necessarily represent the views of Townhall.com. 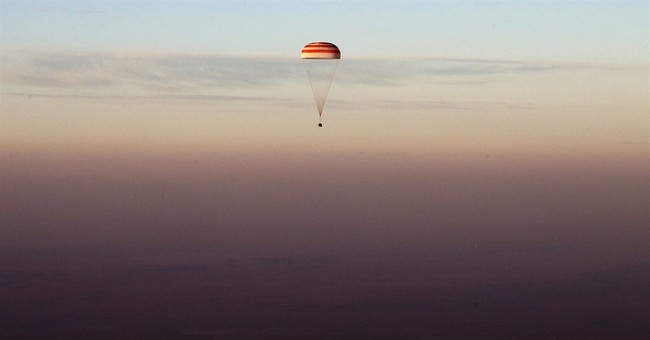 Trending
Shortly before the presidential election, Donald Trump publicly announced that the election was rigged. It became the source of tough questioning from Fox News's Chris Wallace at the last presidential debate.

It is no coincidence that the Democrats, including the Obama Administration, became more vocal about the Russians after a Texas Republican elector declared he would not vote for Donald Trump in the Electoral College. We will know Obama is serious about this charge if he aggressively pursues it after the Electoral College vote. Right now it appears to be a partisan campaign to scare electors.

There is, in fact, not an ounce of evidence that the Russians hacked voting machines across the country. The CIA is not even suggesting that. In Georgia, it was our own Department of Homeland Security that attempted to hack into the Georgia Secretary of State's databases. Homeland Security is blaming a software error in a Microsoft program.

Step back and look at what the Democrats are asking Americans to believe. If you Google "Bush Lied," you will find dozens and dozens of stories about George W. Bush intentionally lying to the American public to gain support for a war against Iraq. They ignore the fact that the Director of the CIA, George Tenet, told President Bush that the case for weapons of mass destruction in Iraq was "a slam dunk." In fact, dating back to the Clinton Administration the CIA raised the alarm about such weapons in Iraq.

The CIA was all but certain of the weapons and, according to Judge Laurence Silberman who headed a bi-partisan commission to look into the claims, "The intelligence community's 2002 National Intelligence Estimate stated, in a formal presentation to President Bush and to Congress, its view that Saddam had weapons of mass destruction -- a belief in which the NIE said it held a 90 percent level of confidence."

There is more than a bit of irony that the Democrats, who have spent decades telling everyone not to believe the CIA, suddenly want us to believe the CIA after their side lost an election they expected to win. Meanwhile, the FBI and the Director of National Intelligence are thus far refusing to back up the CIA's claims.

The Democrats told us that Hillary Clinton lost the election because of James Comey and the FBI. Then they told us that she lost because the media was unfair to her. Now they are telling us she did not actually lose, but the Russians stole the election.

As far as the Russians go, they did a pretty masterful job of it. Hillary Clinton won the popular vote thanks to California. But those wily Russians made sure Wisconsin, Michigan and Pennsylvania votes bought Trump's message catered to blue-collar voters instead of the hipster metrosexual message peddled by Hillary Clinton.

Democrats who voted for Donald Trump -- and there were many who voted for Obama in 2012 then Trump in 2016 -- told pollsters after the election that they thought Hillary Clinton was more interested in putting men in their daughters' bathrooms than in creating jobs. That was not Vladimir Putin convincing them. That was Hillary Clinton failing to convince them.

The Clinton campaign ran a campaign for people in skinny jeans and college professors. They were convinced of their dominance until it was too late. But the Democrats would rather blame the Russians than admit just how terrible a candidate Hillary Clinton was.