Lessons For My Children

Erick Erickson  |  Oct 14, 2016
The opinions expressed by columnists are their own and do not necessarily represent the views of Townhall.com.
Top Columns
Trending on Townhall Media 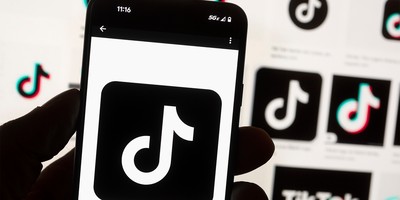 For the first time, my wife and I have had to consider what might happen if we both died and left our children behind. These are not the thoughts any parent likes to think about... but here we find ourselves.

Starting in January, I found myself out of breath more and more. I chalked it up as allergies until April. By mid-April I was out of breath merely by climbing into bed. It turned out my lungs were filling up with blood clots. Even now, six months later, I have not recovered from the damage done. In June, my wife had two small growths removed from her lungs. By September, doctors had confirmed she has a rather uncommon form of lung cancer.

On the professional front, in February, I announced I could never support Donald Trump, even if he were the Republican nominee. As a result, death threats started, advertisers on my radio show were harassed, and my radio station was flooded with demands I be fired.

In March, people showed up at my home to confront me about my opposition to Trump. In April, they showed up at my office. In August, my kids were yelled at in a local store because their father is destroying the country by not supporting Trump. In September, my seven-year-old asked me why people hate us because of conversations with other kids in school. Last week, as the latest Donald Trump scandal broke, he crept down the stairs from his bedroom in the middle of the night to ask if Trump supporters might show up at our home again.

The emotional rollercoaster between work and home has been intense. It has impacted my wife and my children. It has made me consider what I would want my children to know and be sure of if they suddenly found themselves in the world alone without mom and dad.

I would want them to not blame God. I have, over the last number of years, relied more and more on my faith. It has put me more and more in conflict with my politics and led to my conviction that I cannot support Donald Trump. I have a latent worry that should we be taken early from our children, they would blame God.

None of us are allowed an escape from the world. My wife and I are given no respite and neither are my children or you or yours. The world is fallen and the consequence of sin affects everything. But I hope they will remember that Jesus suffered through it too. As the creed says, "He suffered under Pontius Pilate, was crucified, died, and was buried." We may be provided no escape from the suffering of the world, but we do not have to go it alone. I want my children to love Jesus more than they love me.

This has not been an easy year for the nation or for many families. For all the problems my family has faced, ours are minor compared to so many others. But should I die before my children wake, I want them to remember we love them still.