Erick Erickson
|
Posted: Aug 19, 2016 12:01 AM
Share   Tweet
The opinions expressed by columnists are their own and do not necessarily represent the views of Townhall.com. 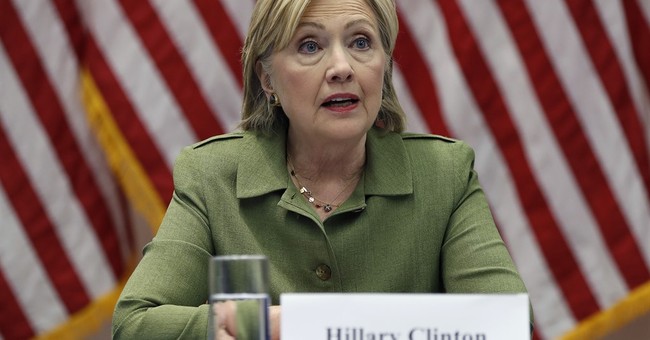 Trending
The growing consensus among Democrats and Republicans in Washington and among people within the orbits of both the Clinton and Trump campaigns is that Hillary Clinton will be the next President. The latest campaign shakeup by the Trump campaign, designed to "let Trump be Trump," will not gain him new support.

The Trump campaign has shoved aside everyone who wanted Trump to pivot into a grownup presidential campaign and replaced them with yes men to stroke Trump's ego. Meanwhile, the Clinton campaign is scaling back resources in Colorado, Virginia, Pennsylvania, and Michigan and redirecting those resources to Republican states. The GOP finds itself, with less than 100 days to go, playing defense in states Mitt Romney won with no options to play offensive in Democrat leaning states.

It all begs the question of what lessons will be learned by the rise of Trump.

One lesson that must be learned is that there are real people with real problems who are really hurting and have turned to desperate measures. Washington politicians do not hear from these people because they are not politically active and engaged partisans. These people are also not the check writers that Washington typically listens to. They do not have access or lobbyists working on their behalf.

Another lesson is one the Republicans need to acknowledge. There is an establishment. That might seem obvious, but Republican leaders and sympathetic editorialists have worked very hard to convince themselves there is neither an elite nor an establishment within the party. It is much like the old saying that every group has a ... well ... Biblical donkey in it, if you know what I mean. If you do not think your group does, well then guess who the donkey is.

That establishment is willing to punish party members not in the clique. Tim Huelskamp, the outgoing congressman from Kansas, lost his re-election bid in the Republican primary. He had the audacity to both oppose John Boehner and the pork laden farm bill. As a result, the Republican establishment and its allies like the Chamber of Commerce relentlessly pounded him into defeat.

Unfortunately for Congressman Huelskamp, he found himself in the year of a personality cult. His positions lined up almost perfectly with die-hard Trump supporters. But Huelskamp was not aggressively pro-Trump enough. Though willing to vote for him, he was not willing to march for Trump. As a result, pro-Trump conservatives walked away from him and cheered his defeat as a sign of what would happen for disloyalty to Trump.

The Republican establishment is much closer to Wall Street than Main Street. It is cynical about the state of the nation. While giving lip service to the greatness of the country, members of the establishment long ago stopped being driven by passion for the nation and instead are driven by passion for power. A deep irony of Campaign 2016 is that in November Donald Trump will be branded a loser and the very Republicans his supporters hate most will still be in charge of the GOP.

If Republicans cannot find some lost common ground on the size, scope, and need of federal power, the internal civil war will continue. The Establishment that denies it even exists will continue to be attacked and it will continue to attack good Republicans deemed disloyal for having the audacity to actually fight for what the party claims it believes.

But the Democrats have lessons to learn, too. While campaign 2016 has been most disruptive to Republicans, there is an underlying cultural element that will continue to erode Democratic support in previous strongholds for that party. As the Democrats decide boys using the girls' bathrooms is a more important fight than stopping radical Islam, it will find itself more and more removed from the men and women of middle America.

Both parties have, in their vested interests and power centers, grown detached from regular, hard working Americans who just want to be left alone. If the parties do not figure this out and figure out how to relate again to these people, the Age of Trump will turn into something even worse for both parties.