Disqualifying in a Sane World

Erick Erickson
|
Posted: Jul 08, 2016 12:01 AM
Share   Tweet
The opinions expressed by columnists are their own and do not necessarily represent the views of Townhall.com. 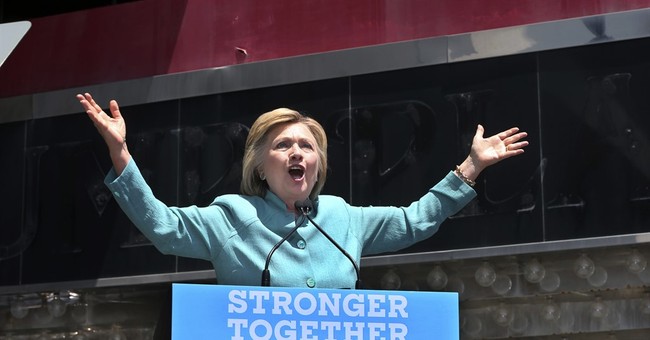 Trending
HILLARY CLINTON: I opted for convenience to use my personal email account, which was allowed by the State Department, because I thought it would be easier to carry just one device for my work and for my personal emails instead of two.

FBI DIRECTOR JAMES COMEY: Secretary Clinton used several different servers and administrators of those servers during her four years at the State Department, and used numerous mobile devices to view and send email on that personal domain.

CLINTON: I responded right away and provided all my emails that could possibly be work-related, which totaled roughly 55,000 printed pages, even though I knew that the State Department already had the vast majority of them. We went through a thorough process to identify all of my work related emails and deliver them to the State Department. At the end, I chose not to keep my private personal emails.

COMEY: The FBI also discovered several thousand work-related emails that were not in the group of 30,000 that were returned by Secretary Clinton to State in 2014. We found those additional emails in a variety of ways. Some had been deleted over the years and we found traces of them on devices that supported or were connected to the private email domain.

CLINTON: But whether it was a personal account or a government account, I did not send classified material and I did not receive any material that was marked or designated classified, which is the way you know whether something is.

COMEY: With respect to the thousands of emails we found that were not among those produced to State, agencies have concluded that three of those were classified at the time they were sent or received, one at the Secret level and two at the Confidential level.

In a normal world, what the FBI discovered about Clinton's emails would disqualify her from office. But these are not normal times. The FBI Director laid out an impressive case against Mrs. Clinton, but will not recommend an indictment. One must wonder if it is because James Comey wants to stop Donald Trump or has visions of Vince Foster dancing in his head. One must also remember that this is the same FBI that interviewed the Orlando terrorist, Omar Mateen, twice and decided he was harmless.