100 Years of Patriotism and Duty - The American Legion

Erich Reimer
|
Posted: Nov 01, 2019 12:01 AM
Share   Tweet
The opinions expressed by columnists are their own and do not necessarily represent the views of Townhall.com. 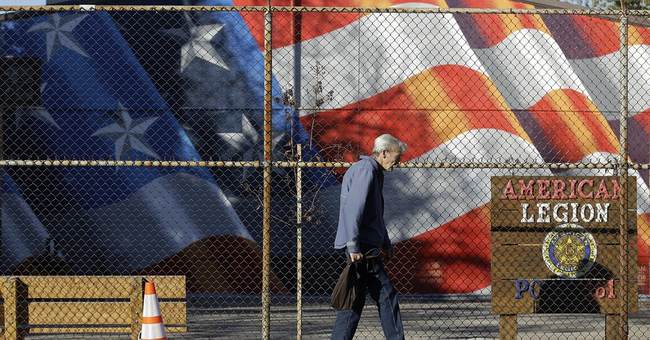 One hundred years ago representatives of numerous units of the American Expeditionary Force (AEF), the United States’ World War I deployment, met in Paris in March 1919 to found an organization to boost troop morale and take care of its members. The situation was daunting - World War I was the largest mobilization of American troops in the history of the republic, larger than even the combined Union and Confederate mobilizations, and on foreign soil no less. This “American Legion Caucus” would eventually soon morph into an organization to support veterans of the war in benefits and aid as well as the general cause of “Americanism.”

This year The American Legion (“Legion”) celebrates its 100th anniversary. It is among our nation’s oldest and most impactful veterans organizations, having witnessed, experienced, and help craft much of our country’s military history the past century as well as supporting those who have worked and fought to make it all possible.

According to a Senate resolution, S. Res. 263, passed this July honoring the centennial the Legion is the “the largest wartime veterans service organization in the United States,” currently has over 2 million members, and has counted 10 U.S. Presidents as among its persons.

Among The American Legion’s contributions to the country have been successfully advocating for the passing of the 1944 G.I. Bill and 1942 U.S. Flag Code, the creation of the U.S. Department of Veteran Affairs, sponsoring patriotic programs for youth, being the largest individual donor to the Vietnam Veterans Memorial Fund for building the memorial wall in Washington DC, and innumerable other efforts on the national, state, and local levels for our servicemembers, veterans, and the national interests and security of our nation as a whole.

The organization, led by a National Commander at the top, is split into “Departments” for states and “Posts” for individual local chapters. There are over 12,000 of these posts today according to the American Legion.

My own experience with The American Legion began in 2008 when I had the honor of participating in their “Boys State” program in New York. Founded in 1935 it, as well as its “Girls State” counterpart, was meant to hone in young Americans a sense of patriotism and civic duty.

The Boys and Girls State programs, among which its alumni count numerous government, business, and cultural leaders past and present, was intended to safeguard against the rising tide of authoritarian threats both abroad and domestic in the 1930s and since has morphed into a strong program for training young patriots since. I know it was extremely influential in spurring the determination for me to serve in our nation’s armed forces years later.

Perhaps one of the most important contributions of the Legion has been its involvement with our nation’s youth and helping inspire a sense of responsibility and civic appreciation early on. The American Legion’s other efforts in this regard have included its Oratorical Contest, since 1938, and its “American Legion Baseball” program since 1925. It is difficult to count how many millions of American youth have passed through all of these programs over this past century but it is doubtless the impact has been to help produce dutiful and charitable citizens, community members, and patriots that have built and continued the great American experiment.

The American Legion has remained essential in recent years particularly amid the influx of veterans from the wars in Iraq and Afghanistan. With less and less Americans serving in the armed forces it is easier for our public debates to forget servicemembers, veterans, and their families, which makes efforts by veterans organizations even more vital nowadays.

I am humbled to be a member of an organization that has done and does so much for our country. The next 100 years for our country will doubtless provide new and perplexing political, economic, security, and social challenges, along with - unfortunately - the likely prospect of new wars and conflicts despite our best efforts for peace.

The American Legion will be there to assist and fight for the veterans of those wars when they return home as well as morphing the citizenry of our country to be ready to carry on the great and noble legacy we as Americans hold as our mantle. As is the organization’s motto and inspiration since its founding, “for God and Country.”