The #WalkAway Movement Is Taking America By Storm

Erich Reimer
|
Posted: Jul 09, 2018 12:01 AM
Share   Tweet
The opinions expressed by columnists are their own and do not necessarily represent the views of Townhall.com. 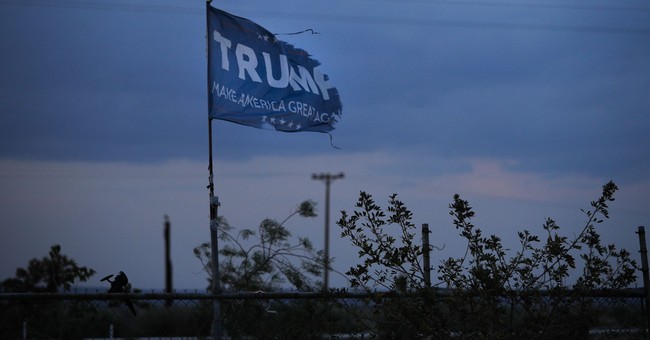 At now over 100,000 members in its Facebook group and widespread international media coverage, the #WalkAway movement of former Democrats telling their stories about why they left their party has resonated deeply with a core feeling currently in the American people.

Started by NYC hairstylist Brandon Straka in late May the movement has caught flame because it speaks to how the Democratic Party of today, where far-left sentiments ranging from universal socialist programs to demonizing our first responders and border control, to questioning the very goodness of America itself, are edging closer to gaining a seat at the table.

We are a far ways away from the Democratic Party that stood as a big tent party that governed America for much of the 20thcentury, and which led us through World War I, the Great Depression, World War II, through much of the fight against Communist aggression in the Cold War both domestically and internationally, and even as a moderate and pragmatic governing force under President Bill Clinton.

When we see far-left socialists topple long-standing Democratic moderates and liberals, as “democratic” socialist Alexandria Ocasio-Cortez recently did in New York City, and that they aren’t immediately shunned but rather absorbed into the mainstream as a potential new path forward that signifies a worrying and historic shift for our country.

Over the past few decades millions upon millions of former Democrats have left their party and become either independents or Republicans, whether liberals who turned conservative or “Reagan Democrats” that found there was little room anymore in the Democratic Party for conservatives and the center-right.

They have made an impact at the ballot box, as they were found to be essential behind President Donald Trump’s 2016 election victories in Rust Belt states such as Wisconsin, Michigan, Ohio, and Pennsylvania.

As a former Democrat myself, I have spoken frequently in the national media in recent years on this trend because it is one that I feel speaks deeply to the current political and cultural movements happening in our country.

Like I said on Fox & Friends the other day, the far-left has in recent years slowly been trying to gain a foothold in our country’s mainstream through fronts such as “Occupy Wall Street” and “Antifa.”

There are many moderate, liberal, and even progressive Democrats still in-place who find this trend just as worrying as many on the right do. Unfortunately they find themselves being shut down as well by the extreme voices in their party, which remain a small group though they slowly grow their ranks and influence through misinformation and intimidation.

It is unfortunate for our country that one of our country’s oldest political institutions, the Democratic Party, has become such a mangled mess. After all, this is the party of Jefferson, FDR, Truman, JFK, and so many others who have built America into what it is today. It is the party that fought for the working-man when he was truly downtrodden and that provided shelter and integration to the tens of millions of immigrants to our shores in the 19thand 20thcenturies.

The two-party system keeps our country healthy and is one of the most beautiful aspects of American democracy, as it keeps a level of stability and moderation which prevents political fracturing, extremism, and unrest. Just like with the free market, eventually the system balances due to electoral demand and supply – however in the meantime the growing process may be painful.

In the meantime we now see how millions of former Democrats have now taken up residence in the Republican Party, comprising a large portion of the party and even perhaps a plurality or majority. Indeed, in 2012 columnist George Will accurately described how “[They] were called "Reagan Democrats" when they were considered only seasonal Republicans because of Ronald Reagan. Today they are called the Republican base."

We saw the full impact of this firsthand during the 2015 and 2016 presidential primaries, when it was precisely this enormous base of ex-Democrats in the GOP that propelled then-candidate Donald Trump, himself an ex-Democrat, to his series of seemingly unstoppable victories.

No one knows what the future will hold, but it is clear that the current state of American ideological organization is a market situation that is unsustainable and shifting. It will eventually find equilibrium, but in the meantime the #WalkAway movement is hopefully one that will wake up more and more on both sides of the aisle to the far-left risks at play in our country and the tenuous fragility of our current political situation.