Erich Reimer
|
Posted: Mar 29, 2018 12:01 AM
Share   Tweet
The opinions expressed by columnists are their own and do not necessarily represent the views of Townhall.com. 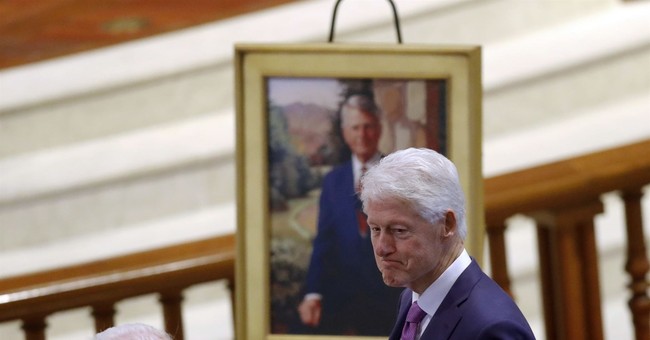 Last week former Georgia Senator and Governor, and lifelong Democrat, Zell Miller passed away at the age of 86. His life and legacy are immense. From creating Georgia’s HOPE scholarship to assist academically gifted poor Georgian children in achieving a higher education, to his over 45 years in public service, the former Marine and professor from rural Appalachia undoubtedly left his mark on this country.

Eulogized by three Presidents– Presidents George W. Bush, Bill Clinton, and Jimmy Carter - at the funeral ceremonies this week, mourned by many other Republicans and Democrats, as well as thousands of the public while lying in state at the Georgia Capitol, Miller’s loss brought together even the fiercest of partisan foes to reflect on the loss of such a great American.

As President Bush said at Miller’s funeral, “while Zell was always a Democrat he was never an ideologue.” Indeed, Miller holds the unique distinction of being the only person to give the keynote speech at both the Democratic National Convention, in 1992 for then-candidate Bill Clinton, and Republican National Convention, for then-President George W. Bush.

As President Clinton said at Miller’s funeral, visibly moved, “I not only liked Zell Miller, I admired him…he was phenomenally consistent – people first, country and human dignity over short-term partisanship.” Miller’s nature earned him the loyal support of the people of Georgia, as when he left the Governorship in 1999 he had an over 85% approval rating– the highest in Georgia's history.

At the 2004 RNC, Miller, a lifelong Democrat, prophetically called out the increasing hard-left influences and denounced what he saw was partisan politics against President Bush that hurt our national security strategy in Iraq and Afghanistan.

Memorably saying “What has happened to the party I've spent my life working in?”, he recounted a century of historic bipartisan cooperation between Democrats and Republicans in the fight for human liberty across the world, against both the Nazis and Communists.

As Miller listed off the accomplishments of Truman in the Berlin Airlift, FDR in World War II, Eisenhower in the Korean War, and Reagan at the Berlin Wall, the crowd roared and applauded, for both the Democrats and Republicans.

While Miller’s denunciation of Kerry is long-past, his speech stuck around for the almost decade and a half since as an incredibly visceral denunciation of the changes that at the time were slowly creeping into the Democratic Party’s soul.

I know firsthand, because when in 2012 I was shocked by the Democratic Party’s increasingly hard-left rhetoric on Occupy Wall Street and other issues, I found Miller’s speech to ring with me despite it being almost a decade ago.

Miller remained a Democrat for the remainder of his days, saying “nobody is going to lure or drive me out of this old house I've lived in all my life.” Nonetheless, Miller’s speech and his story were influential to me in my own decision to leave the Democratic Party and become a Republican.

Nowadays we unfortunately see that Miller’s insights and predictions in 2004 have only become truer, as this decade has seen the far-left increasingly no longer just a thorn in the side of the national Democratic Party but increasingly in control.

Many Democratic leaders do not favor the hard left, but they are increasingly being forced to placate to them as the progressives increasingly feel more and more empowered. As we now see, the progressives are not only trying to influence the remaining Democratic establishment but actively trying to replace them with their own hard-left leaders, with some success so far.

We indeed are a far cry away from the Democratic Party of President John F. Kennedy, who lowered taxes and embraced a hard line towards Cuba and the Soviets in the Cuban Missile Crisis, let alone even the centrist approach of President Bill Clinton that won states from South to Midwest, including Miller’s Georgia in 1992.

Despite Miller no longer being with us, we should take this chance to reflect on his incredible life in public service as well as the messages he sought to promote.

The fact remains that hard-left progressives are not as numerous as they seem, as our country remains a generally centrist nation looking for sensible, pragmatic, down-to-earth, and humble leaders.

Democratic leaders should take this chance to take inspiration from Miller and gain resolve in challenging the far-left. We need to attempt to return our country to the balanced two-party system that has led to its prosperity and stability over the course of this past century and a half.

Miller lived a life that truly put country before party and put integrity above politics. He inspired many to follow in his footsteps, including myself eventually as well. Rest in peace to a true patriot and statesman.