The Onward March of Thoughtless "Conservatism" 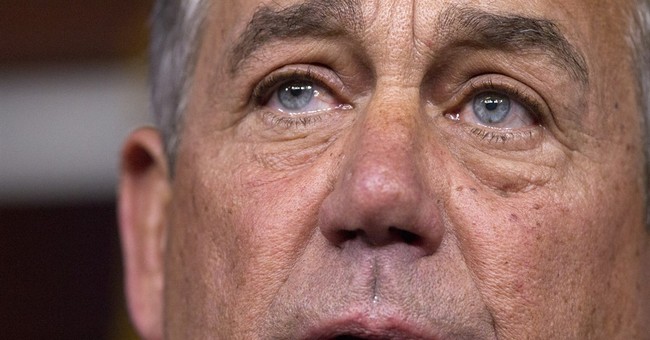 Russell Kirk is widely regarded as one of the 20th century's most influential conservative thinkers. His Ten Principles of Conservatism are an attempt to articulate the sentiments that characterize the conservative spirit. The tenth and final principle reads, "the thinking conservative understands that permanence and change must be recognized and reconciled in a vigorous society." Kirk elaborates as follows:

"[T]he intelligent conservative endeavors to reconcile the claims of Permanence and the claims of Progression. He thinks that the liberal and the radical, blind to the just claims of Permanence, would endanger the heritage bequeathed to us, in an endeavor to hurry us into some dubious Terrestrial Paradise. The conservative, in short, favors reasoned and temperate progress; he is opposed to the cult of Progress, whose votaries believe that everything new necessarily is superior to everything old."

Reasonableness, prudence, temperance... these for Kirk are hallmark traits of the thinking conservative. Radicalism, recklessness, blindness, impulsiveness driven by ideological puritanism... these were (and continue to be in many ways) the hallmarks of Progressivism. The 20th century in particular bears the bloody legacy of political Progressivism in action, in which the cynical appeal to populism and the ruthless pursuit of power – purportedly in the name of "Liberté, égalité, fraternité" – so often ended in war and genocide. These are the impulses that Conservatism is meant to guard against internally, and to counterbalance in the public square. What would Kirk think, then, if he knew that these Progressive traits just as accurately describe powerful forces currently influencing the GOP as they do their liberal Progressive counterparts?

The response to the Pope's recent visit to the U.S., and the gleeful reaction to House Speaker John Boehner's recent resignation illustrate the soul sickness plaguing the GOP. Frustrated, no doubt, by the shameless (and myopic) attempt by the Left to co-opt the Holy See in service of their Progressive worldview, many conservatives have expressed disdain for the Pope's focus on environmental stewardship and socioeconomic justice at the expense, some maintain, of more important issues like marriage sanctity and abortion. Columnist George Will penned a cutting article essentially calling the Pope an economically ignorant, morally irresponsible peddler of vacuous liberal talking points (https://www.washingtonpost.com/opinions/pope-franciss-fact-free-flamboyance/2015/09/18/7d711750-5d6a-11e5-8e9e-dce8a2a2a679_story.html). Ann Coulter, in typical provocative fashion, suggested that the Pope's views on grace and redemption disqualify him from leading the Catholic Church while calling the patriotism and national loyalty of American Catholics into question. Rush Limbaugh took the Pope to task for his remarks regarding the treatment of immigrants. The reason? One can only guess it's because he failed to tow the ideological line established by the American Right Wing. Because he appeals to individuals on a moral level in a way that appears to undermine popular conservative policy positions. He challenges individuals to care for the least of their fellow man, as Christ did. Because he believes that responsible stewardship of God creation is a moral imperative. Because he's not an apologist for global capitalism. Because he visited Cuba and makes nice with President Obama. Because he empathizes with the desperation of illegal immigrants and refugees. Because he's not a politically motivated, intemperate, hot-headed grandstander that makes a living by fanning ideological flames.

The "conservative" response to John Boehner's resignation, and the anti-Boehner insurgency that largely influenced his decision to leave, demonstrates the same strident tone. Ann Coulter, not surprisingly, is glad Boehner is gone. Longtime adversary of Boehner, Ted Cruz (never missing an opportunity to oil the egos of his base) credited the mighty "will of the people" for Boehner's departure. The Tea Party is thrilled, as are white supremacists, apparently (http://www.thedailybeast.com/articles/2015/09/25/white-supremacists-are-glad-boehner-s-leaving.html). Even former allies and collegues of Boehner tried to distance themselves while speaking at the Values Voter Summit, and the reason is painfully obvious. In the current conservative climate, ideological purity is not optional. Any candidate who wants a hope of securing grassroots support must demonstrate that they are "all in" for conservatism as articulated by people like Glenn Beck, who speaks in war-like, doomsday terms and regularly prophesies America's downfall at the hands of Progressives unless conservatives are willing to "stand up and take their country back."

Unfortunately, over the years firebrands like Beck, Coulter, and others have perverted the term "conservative." What used to be a word that evoked temperance, epistemological modesty, prudence, and thoughtfulness now elicits images of war, rage, and rigidity.

A recent article in Relevant Magazine entitled "Avoid the Weird: Why Conservatives Should Stay as Mainstream as Possible," (http://www.patheos.com/blogs/eidos/2015/09/avoid-the-weird-why-conservatives-should-stay-as-mainstream-as-possible/) speaks to the heart of this unfortunate moment in so-called "conservative" political temperament. Notice I say "temperament" and not "thought," because quite honestly I don't think there's much actual thinking involved. "Once I went to a Christian event with a friend," the author writes, "and realized: 'We are weird and not in a good way.'" He continues:

Being known only for what you are against is not a good thing. Defining yourself by who your enemies are is not inspiring (unless perhaps you are a Muslim jihadi). And yet, this is what contemporary conservatism has become. Using the rhetoric, tactics, and philosophy, really, of radical Progressives, the voices of this new movement sew seeds of bitterness and enmity. Ever ready to invoke the name of Reagan, these angry activists are anything but happy warriors.

Because of this, they will never accomplish anything great for America. They will fail to reform the institutions that need reforming. They will fail to achieve anything meaningful in the quest to guard innocent human life or the sanctity of marriage. They will fail because they are unthinking zealots without a basic appreciation for how politics in a republic works. Conservatives, if they truly value their philosophical and political heritage, must become thoughtful again. They must cultivate prudence and temperance, and learn to articulate their message in a way that is reasonable and winsome instead of alienating and offensive. If the principles of conservatism are to endure, then they must be stewarded by people with an eye to more than just the next election and a motive grander than the humiliation and defeat of political enemies.

People respond positively to Pope Francis, not merely because some (erroneously) believe that he is ambivalent on the issues of homosexuality, illegal immigration, abortion and the like, but because he exudes a spirit of kindness, humility, and hope. He's makes no apologies for his faith, but he also refrains from invoking Christianity in a way that is alienating and divisive. He focuses on the things that should unite us all as children of God. A thinking man, he recognizes with Russell Kirk that permanence and change must be recognized and reconciled in a vigorous society. How different this posture from that of a puffed up, cocksure politician who has made a career out of fanning flames of bitterness and frustration!

The reality is that America's political demographics are changing rapidly, and the longer the GOP ignores this fact, the more irrelevant they will become (must to the delight of Progressives everywhere). Leaders like Ted Cruz, if you can call them that, seem either not to recognize this fact or not to care. They know how to fire up their base and they believe they can somehow harness that enthusiasm into making the impossible possible. Fred Barbash at the Washington Post distills the difference between Boehner and Cruz – between old school conservative and new – thusly:

"[T]he fall of Boehner and the rise of Cruz are yet another sign of the profound cultural and political change in Washington over the past decade that has made pragmatists — even deeply conservative pragmatists like Boehner — an endangered species, and shifted power to those on the extremes, who command attention and therefore the power to sway votes through the media and social media by their ideology and the quality of their theatrical performance — in Cruz’s case mostly his marathon speech — rather than by their legislative prowess." (http://www.washingtonpost.com/news/morning-mix/wp/2015/09/28/bad-blood-john-boehner-and-the-tormenter-he-called-jackass-ted-cruz/)

John Boehner, it seems, aspired to a Kirkian kind of conservatism, always voicing the principle at play but also being realistic enough to see that compromise was a necessary part of responsible governance. This, according to his colleagues in Congress, will be his legacy – a legacy of public service that he should be proud of and that any thinking conservative should appreciate. (http://www.cnn.com/2015/09/25/politics/john-boehner-resigning-as-speaker/)