Emmett Tyrrell
|
Posted: Nov 18, 2021 12:01 AM
Share   Tweet
The opinions expressed by columnists are their own and do not necessarily represent the views of Townhall.com. 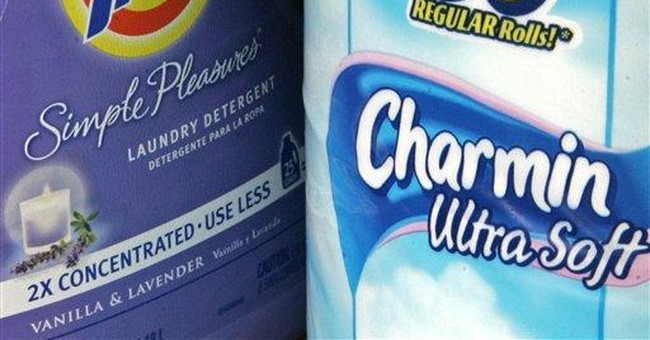 Washington -- Are you familiar with the work of professor Simon Gottschalk? I have only become familiar with his work recently, but I commend it to you. He is a professor of sociology with the University of Nevada at Las Vegas. He apparently watches a lot of television in the course of his work, and he even takes notes. He has come up with a brilliant, if alarming, insight. According to the professor, television assists in spreading the "infantilization of the West." For instance, if you have seen a grown man wearing shorts as winter approaches, pay attention. Probably, he is carrying a bottle of water and has his baseball cap on backwards. Perhaps, he is wearing a T-shirt with an infantile declaration across the chest. If this spectacle alarms you, you probably are in Gottschalk's camp. You certainly are in my camp.

I live in Washington D.C., and I see spectacles such as the above all the time. Since the Biden Administration settled in, I have even seen an influx of this sort of dress around the White House. In fact, I would not be surprised to see a fellow dressed like this on the very steps of the Old Executive Office Building. He probably checks his water bottle at the front door and submits his attache case for the Secret Service's inspection. Protocols have declined in the dress code, but I assume everyone still observes security regulations. By the way, I would not be surprised to see women in the Biden White House attired in this way, too, particularly wearing their baseball caps backwards as they skip into the Oval Office. Doubtless, Gottschalk would be alarmed even if he is a Bidenite.

He also finds it peculiar for television to feature "a cartoon bear pitching ... toilet paper" to his television audience. Moreover, the professor objects to "a gecko with a British accent selling you auto insurance and a bunny in sunglasses promoting batteries." I do not mean to be picky, but I have seen the same advertisements, and I am almost certain that the gecko was Australian. Yet, I have no problem with the professor's conclusion. "This has always struck me as a bit odd," he concludes. "Sure, it makes sense to use cartoon characters to sell products to kids -- a phenomenon that's been well-documented. But why are advertisers using the same techniques on adults? To me, it's just one symptom of a broader trend of infantilization in Western culture."

Gottschalk proceeds to demonstrate how we "routinely infantilize large swaths of the population." We do it when we "refer to grown women as 'girls.'" We do it when we treat the aged as children when they live in adult care centers, and I love this: the professor trains his focus on higher education. He accuses administrators at higher education asylums of infantilizing their students by promoting "safe spaces" and such nonsense as "trigger warnings" about an indelicacy that might lie ahead when they are reading a book. Then he goes a bit off the rails when he talks about the treatment of teenagers. Nonetheless, Gottschalk is on to something when he warns against cartoon bears and safe spaces and trigger warnings.

All are examples of the infantilizing of the West. The phenomenon has invaded a tremendous range of social spheres, as the professor says. I became interested in it when I was doing some writing about recent American history. The culture has genuinely changed. It is not changing because of a particular movement afoot in the land. There have been other periods when American culture changed, but it usually changed in response to a social movement, say feminism or the civil rights movement. Who leads the movement for cute little cartoon bears to promote toilet paper or for insisting on "safe places" at universities for scores of other social changes in our society? And what precisely characterizes most of these movements? I would say a softening of reality. Possibly a flight from reality. Is it a rejection of discipline, the discipline that tells us cartoon bears do not use toilet paper?

I actually have no answer to this infantilization of the West, but having looked into it, I know it exists. I shall look for Gottschalk's next installment, and in the meantime, I shall keep asking questions.