Emmett Tyrrell
|
Posted: Jun 16, 2016 12:01 AM
Share   Tweet
The opinions expressed by columnists are their own and do not necessarily represent the views of Townhall.com. 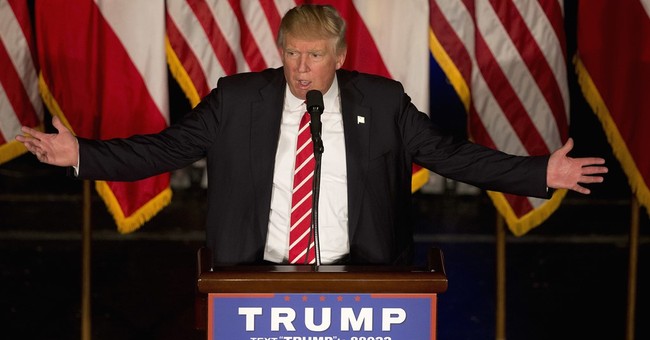 Trending
WASHINGTON -- The Boston Marathon, San Bernardino and now Orlando. It goes on and on, as Donald Trump might say. And it will continue to worsen, as Trump has already said. He is the most prescient campaigner in this race for the presidency. Hillary Clinton made progress Monday when she enunciated the words "radical Islamism," words that she thitherto refused to utter and her old friend and boss President Barack Obama still will not utter. However, she then reverted to calling for gun control, misrepresenting the gun control laws of the state of Florida and prescribing vague palliatives for times when action is needed.

Trump has it right. The present government has no idea who is coming into the United States and what those peoples' goals for coming might be. With so little control of our borders, we hardly have a country. We need a stricter immigration policy, a wall across our southern border and a review of who is living here -- lest we regress to a condition not unlike France.

Of course, we need to at least temporarily restrict Muslim immigration. That does not mean a Saudi prince could not enter America for business or to participate in affairs of state. Nor does it mean Islamic businessmen could not enter America to conduct business. But it does mean that the endless lines of Muslim immigrants have to end for now. And by the way: The immigrants can thank radical Islamic terrorists for their plight, not the American government. Washington is responsible for taking care of all citizens living in America now: Christian, Jewish, atheist and native-born or naturalized people of Islam.

I was amused when learned commentators questioned Trump after the atrocity in Orlando, when they notified him that the cowardly murderer was American-born. As if he did not know that. Then they proceeded to ask him how further restrictions on Muslim immigration would help prevent future Orlandos. Apparently it never occurred to them that admitting Muslims from warlike societies into our country only makes matters here worse. There are enough Muslims streaming into America right now. If the stream continues the situation will only worsen.

Trump is the only candidate with a feasible plan to deal with future Orlandos, but he has not gone far enough. What do I mean? Am I talking about arming the public? Beefing up police forces? Increasing government eavesdropping so as to make the American Civil Liberties Union squeal even more?

Actually, I am not; I am talking about making up for the astounding lapse in our education system. I am talking about educating students about what it means to be an American citizen. I am prescribing, in place of sex-education courses, anger-management courses and the rest of the hooey that passes for K-12 and high-school education today, civics courses. We might even introduce new American history classes once our teachers learn American history.

For generations, as our education system evermore developed flab in its curriculum, it relieved students of serious studies -- serious studies that prepare them for citizenship. These now-defunct studies are very close to the heart of a proper education. The educators ought to revive them. The perpetrators of the Boston Marathon, San Bernardino and Orlando attacks might not have committed their barbarisms if they knew why they were living in America. If they knew how America is different from places that practice sharia, for instance. If they knew how America is better than those places. If they understood, as President George Washington did, that people enjoy freedom in America so they can choose good instead of evil, and so they know they will be punished for choosing evil. The wretched louse that murdered so many innocents in Orlando chose evil, and he really believed he was going on to a divine orgy. So long, sap.

This great republic has its historic constitution. From it, its citizens have rights, and just as importantly, they have responsibilities. They are governed by the rule of law, and from those rules follow all sorts of blessings and obligations. It strikes me as a dreadful shame that not many of us understand this almost divinely inspired blueprint of our freedoms.

Can we reintroduce civics into our classrooms? Well, some private schools have. As for the public schools, you will have to take it up with your local teachers' union. Good luck!