The Life of the Mind Led in the Dark

Emmett Tyrrell
|
Posted: Jun 09, 2016 12:01 AM
Share   Tweet
The opinions expressed by columnists are their own and do not necessarily represent the views of Townhall.com. 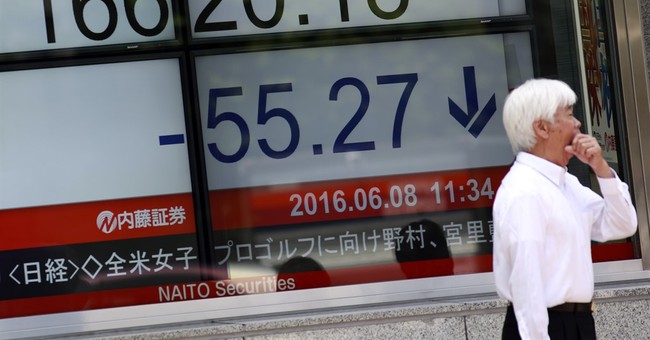 Looking back through the years I have seen it all coming: the militant ignorance of students strutting across our college campuses today, the authoritarian style of the administrators, the mediocrity of the professors and the sheer goofiness of the students. It all came out of the late 1960s. Most of my fellow 1960s graduates went on to careers in the professions, commerce and industry. But some remained on campus, becoming professors, administrators and increasingly, as the years went on, swamis of identity politics. They established women's studies programs, black studies programs and gay studies programs. Now, I assume, there are studies programs for people with eating disorders, transgender people who transgendered once again and people who only eat dirt.

Yes, I can see it. There really are people living in different places around the country, usually in the South, who eat dirt. They tend to be rural. Why shouldn't they band together? They can establish a kind of sub-civilization in society and study their way of life. What better place to do this than at one of our great universities? They could begin their studies by publishing cookbooks and biographies of famous dirt eaters, dirt eaters whose lives have been ignored by the infamous dead white males. Yale University might be an ideal place for the establishment of a dirt eaters' studies program. Yale already has a black studies program and women's studies program and much, much more. Just the other day, a coterie of self-appointed students published a poorly-worded bull ordering the university to expunge the study of such dead white males as William Shakespeare and John Milton from the bibliographies of Yale's English department. Doing so would help to "decolonize" the curriculum.

We treat the deranged differently today than in the past. Nowadays we send them to universities. Bernie Sanders wants to make universities tuition-free. Why not? My only caveat would be that we make it difficult for people who have spent an undue amount of time on a college campus to return to mainstream society. Perhaps they would have to take a test.

Now, my way of dealing with the fantasticos of university life is admittedly a bit extreme. There are other approaches. In fact, there are patriots and philanthropists who take academics at their word. They believe academics when they say they are for the life of the mind and their universities are open forums for the free play of ideas. Many of these philanthropists endow chairs and scholarships, and establish libraries and research institutes. Though in the university environment today, such generosity is usually greeted with suspicion.

Just the other day, the Washington Post published a full-page report on the generosity of billionaire Charles Koch toward universities throughout the country. He has donated over $200 million over the years to bring his libertarian ideas to campuses. After reading the great philosophers and building a world-class business, Koch Industries, Koch has set out to endow universities, while also practicing the philanthropists' art of supporting medical research, creating hospitals and endowing the arts.

His giving may reflect his personal beliefs, but these libertarian beliefs are also perfectly mainstream American, to wit, the belief in free markets, limited government and personal freedom. In sum, they reflect the beliefs of the Founding Fathers and millions of Americans today. His critics accuse him of trying to influence intellectual debate, but what is wrong with that? As long as his ideas have merit and he allows other ideas to exist unbothered, he believes students and professors can decide for themselves. But many of the professors and administrators want to "unKoch" academe. That is to say, they want to end his philanthropic efforts in universities. They apparently do not believe others can think for themselves.

Not everyone shares this authoritarian streak. As a matter of fact, a professor from old Yale has spoken out against those who would "unKoch" campuses. He is Robert Shiller, a Nobel Prize-winning economist and president of the American Economic Association. He told the Washington Post, "As long as they don't censor research, as long as they publish the results honestly, it's okay to have a biased source" of funding. He went on to observe, "You couldn't get the government to support (Charles) Darwin" because his theories were too controversial. "But somebody believed in him, some smart person, who made money." That would be Koch and his brother David Koch.

By the way, speaking of smart people who have made money, how much has the leftist billionaire George Soros spent on the life of the mind?