Emmett Tyrrell
|
Posted: Apr 07, 2016 12:01 AM
Share   Tweet
The opinions expressed by columnists are their own and do not necessarily represent the views of Townhall.com. 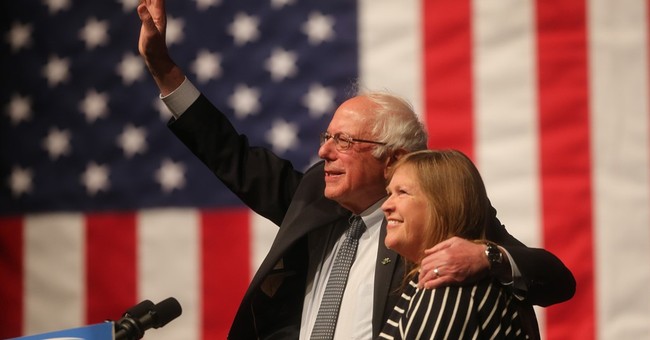 At 9:30 p.m. the other night, I was presented with a tragic lesson regarding one of our country's pig-headed policy errors, devised ever so quietly by President Barack Obama in league with progressives all over the country. Most Americans are unaware of this policy -- they never voted for it; they never debated it. The progressives are just imposing it on us through stealth. This is the Democrats' latest advance in democratic process.

The other night, I had retired early after a long day of writing when suddenly my wife shook me. She asked me with some urgency if I'd heard the disturbance outside our townhouse. I had heard a thud, so I rushed to the front window a few feet away. One story below, in the dull illumination of the streetlight, a man in a gray hoodie was leaning over what looked like a stovepipe. On second glance, the stovepipe was actually a male victim lying on his back, blood streaming out of a wound on the back of his head. The lout in the hoodie was frisking the man's upper body. As I opened the window, he furtively withdrew, leaving the man alone on the sidewalk.

By the time I threw on some clothes, my next-door neighbor, a health care worker, was bent down over the man calling the police. She was an expert in telling the man to remain still and not move his limbs. I urged him to remain calm, though calmness was not likely achievable. He was badly hurt. We tried to reassure him, when suddenly there were about 20 first responders flooding the scene. They were superb in attending to the victim. They told us the gentleman was 67. He was a black man who, it turned out, lives just a block away. His wallet was still on him. Apparently we had interfered with just a random robbery -- at 9:30 at night on a busy urban street. The assailant was extremely reckless, and he is still at large.

After a number of days, the police had questioned everyone in the neighborhood. They told us that the victim had died four days later from his wound. He was of North African origin and left his grieving family behind. They lived just a block away next to a famous Baptist church. Presumably, the pastor, a very energetic man, offered the family the comforts of faith. The day before the attack, President Obama had attended Easter services there. Security was tight.

The neighborhood that the victim lived in is a racially integrated one. It is not a posh neighborhood; but it is hardly a slum. It is a place where the victim and his family could feel safe -- probably safer than the neighborhood they inhabited when they first arrived to America. The man certainly did not anticipate the random violence, let alone his death. But this connects to my original point regarding one of the progressives' most pig-headed public policies.

As a matter of public policy, neighborhoods today are being engineered so that they are not homogeneous. Government bureaucrats are quietly mixing the upper class with the middle class, the working class, the impoverished and, of course, the clients of welfare. Populations of different classes, races and ethnic groups are being mixed together by government edict so neighborhoods are wondrously heterogeneous. Who knows -- maybe there is a quota for gays and lesbians, or whatever the next trendy American sexual preference might be. It is a perfect prescription for social unrest -- and even violence. Just recently, it was reported that the city of Baltimore is setting aside millions of dollars for neighborhood revitalization.

So the law-abiding are to be mixed with the lawless, the peaceful citizens with the thugs -- thugs who will no longer have to walk great distances to commit crimes. A generation ago, buses and other vehicle transportation did not work to homogenize America. So now the progressives are more ambitious: They are extinguishing property rights and freedom of association in pursuit of their noble vision. In fact, when it comes to where you choose to live, free choice is being extinguished. Now, adult America is being treated as our children are in our deplorable public schools: It's being coerced into diversification. It is a value that has been imposed on us in the name of political correctness, which many of us thought was a joke.

This venture into social engineering has never appeared on any ballot I know of. But it is abhorrent to the workings of a free society.

Oh, and one more thought about the decedent. It is a shame he had to die. But as the progressive Pulitzer Prize-winner Walter Duranty said in the 1930s of Joseph Stalin's grisly collectivization program (that killed millions in Ukraine): You have to break a few eggs to make an omelet.