What Is So Polarizing About Chris Christie? 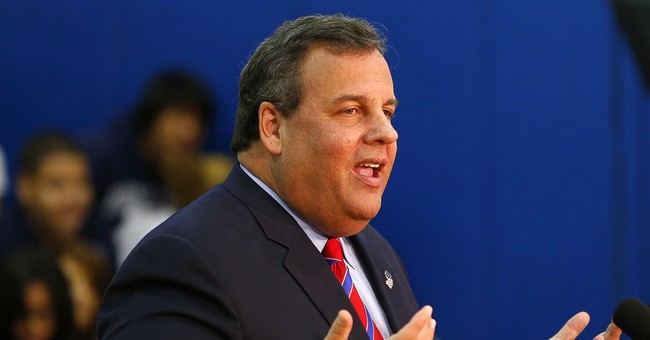 WASHINGTON -- They are at it again. They are again telling Republicans and conservatives how dreadful their political condition really is. I am speaking, of course, of the voices of the Kultursmog, and to hear them tell it we are in a hell of a heap. We lost the governorship of Virginia. Even worse, we won the governorship of New Jersey. What dreadful news.

Of course, in Virginia the Republicans lost to a congenital liar, backed by the most famous congenital liars in American politics, the Clintons. It is only a matter of time before he is in deep do-do. Governor-elect Terry McAuliffe's campaign was an amalgam of lies as flagrant as his lie in his memoirs. There, for no reason whatsoever, he lied claiming The American Spectator charged Bill Clinton with ordering "the murder of political opponents." When I asked him about this lie he did not simply shut down or ignore my inquiry. He actually initiated a series of puckish letters to me never admitting that he had lied but constantly caviling with me on some obscure point that he raised. The upshot of our correspondence was that he could never identify where it was that The American Spectator said Clinton had asked people to commit murder. McAuliffe performed similarly against Attorney General Ken Cuccinelli, and if it were not for the fact that he had the funding to outspend Cuccinelli by two to one I have no doubt he would have lost. As it was, once Cuccinelli began tying him to Obamacare, McAuliffe's lead dwindled from double digits to just a margin of 2.5 percent.

In the New Jersey race the Republicans won and with 61 percent of the vote. Yet, according the Kultursmog, they really lost because the victor, incumbent Governor Chris Christie, is a "polarizing force." He offends the tea party, and that means he can never win higher office, for instance, the presidency. But wait a minute. Is not the tea party's major concern the fiscal health of the Republic? It was in 2009 when the tea party was getting started. Back then if a candidate brought up the social issues that candidate was doomed with the tea party, according to the voices of the smog. Well, as Christie told the New York Times this week, "I've cut taxes, cut spending, reformed pensions and benefits. ... My record is my record. I'm proud of it. And it is a conservative record, governing as a conservative in a blue state." As for the dreaded social issues, he is opposed to abortion and to gay marriage, though he called off a legal challenge to gay marriage in October perhaps seeing it as a futile fight. President Barack Obama might do the same with his monstrosity, Obamacare.

Doubtless there are people who do not like Governor Christie and think his star has risen far enough. Yet I will tell you he is as conservative as he says he is, and that it is a winning combination with funders, ordinary citizens, and even with journalists. Back in 2010 when I had him to a large American Spectator dinner in New York City he was a hit with just such a crowd. He was the complete gentleman, suave and amusing. He talked about economies in government, lowering taxes, and balanced budgets. He is not polarizing at all. Once again the Kultursmog is in the dark about Republicans and conservatives.

Yet we are told he cannot beat the Kultursmog's "inevitable candidate," Hillary Clinton. In the New Jersey exit polls she trounced the governor. So let me give you another set of polls. According to the Rasmussen poll,Hillary polled highest when a sampling of Democrats was asked "which candidate they would least like to see with the nomination." A WSJ/NBC poll found that she had fallen from an April favorable rating of 56 percent to 46 percent and her negative rating was on the upswing to 33 percent. Doubtless, there will be more. She was the least popular first lady in history.

I do not know if Christie is going to run for the presidency. Nor do I know if he could win, but I believe he is a contender and if he runs he will be contending for the nomination in a very competitive field of Republican candidates. As for the Democrats, they have Hillary right now and, possibly, Joe Biden. The Kultursmog is desperate.