The Left Hates Us 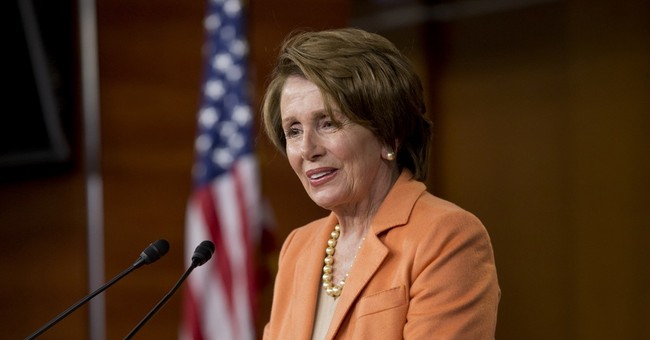 Though it pains me to say it, I have made my final judgment about the left. They do not like conservatives very much. In fact, they come to an immediate boil when we enter their admittedly quite limited range of perception. It all began back in the 1960s when radical thought gained a footing with American liberals. Back in those days liberals relished America, the mixed economy (as they called capitalism), our system of government, and they were free of the bees in their bonnets that eventually drove them to collective suicide: feminism, socialism, identity politics, and all the little stuff: consumerism, the sky is falling, something about organic foods. Taken one thing with another, it finally consumed liberalism, moving me last year to administer the last rites to the whole gaudy set of bugaboos and to pronounce liberalism dead in a sad little book, The Death of Liberalism.

Now liberalism's heirs compose the left. From the radicalism of the 1960s, the left emerged, grew powerful in the Democratic Party, and replaced the corpses of liberalism to become the reigning orthodoxy of the Democratic Party. As recently as 2006, Machiavels like Rahm Emanuel tried to reinvigorate the party by running moderates and traditional liberals as candidates in congressional races. But his achievement was completely undone by the Republican sweep of 2010, and by 2012, the left, led by their leader, the improbable president, Barack Obama, finally completely took over the Democratic Party. These people are not like the liberals, who, while condescending to conservatives, did not hate us. These left-wingers really do hate us. That is why in the Congress not much in the way of compromise can be achieved. Sometime back, I dined on Capitol Hill with a senator who had been around some three decades. He said it with telling precision, "Up here the two sides almost never meet." The left hates us.

I personally discovered this back in the Clinton days. A friend probably of the moderate left came banging into my gym to announce, "Well, if Clinton had sex with a young intern you were right. He should be impeached." My friend held to this view for about a month whereupon he came again into the gym and announced, "But we can't possibly side with Ken Starr." In the months ahead the Clintons diabolized Starr so successfully that the Democrats and their allies in the media came to disrelish anyone favoring the Boy President's impeachment. Clinton survived. Even Senator Daniel Patrick Moynihan, a moderate liberal if there ever was one, voted against impeaching good old lovable Bill, after having said on national television that to lie under oath was cause for impeachment.

By manipulating moderate liberals' passions, the left has come to this happy pass; they dominate the Democratic Party and they hate us. I know we are very likable people. We do many good works. We are kind to children and to household pets, but the left hates us. That is the way it is today. The left rarely has any dealings with conservatives whatsoever.

On a growing list of issues, from guns to affirmative action to whatever militant gays want, the very mention of our side of the issue brings the left to a boil. Talk radio brings the left to a boil. Rush Limbaugh or Mark Levin can sally forth into comedic genius. I laugh. You laugh. Even a moderate laughs. Yet the left-wingers see no humor at all and they have even tried to limit talk radio's First Amendment rights. Such extreme measures would have been unthinkable when Hubert Humphrey was in his prime, say in 1968.

Yet in 1968, Hubert would never have had to confront talk radio. He would never have had to confront the Washington Times, the Wall Street Journal, Fox News or many of the other organs of conservatism. The conservative movement back then was but a small percentage of the population. It was easily dubbed the "extreme wing" of the Republican Party. Back then we said jokingly that we conservatives could all meet in a telephone booth. Today there are few telephone booths, but you get the idea. Conservatism accounts for some 42 percent of the vote. No wonder the Left is angry.

Yet I have watched the left for years. I watched them spread through the 1960s and 1970s. In the 1990s they finally took over the Democratic Party. They were always irritable. In fact, I wonder what came first, the irritable disposition or the crazy ideological desiderata. At any rate here we are in 2013, and boy do they hate us.