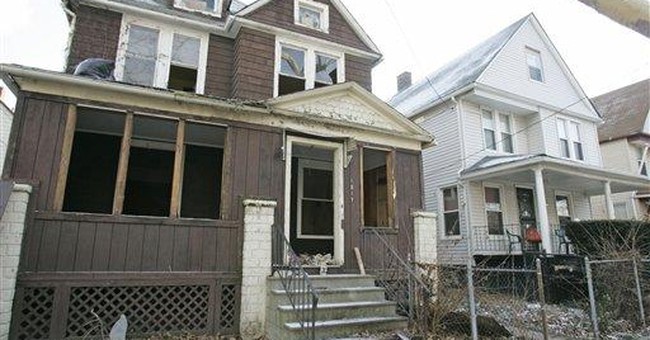 WASHINGTON -- The decline of The New York Times continues, alas and egad. On Monday, the Times was duped by some scoundrel who sent the newspaper's Web site a rude e-mail about Caroline Kennedy. It supposedly was signed by Bertrand Delanoe, the mayor of Paris. Now the Times has had to admit: "We posted a letter that carries the name of Bertrand Delanoe, the mayor of Paris, sharply criticizing Caroline Kennedy. This letter was a fake. It should not have been published. Doing so violated both our standards and our procedures in publishing signed letters from our readers."

Well, I, for one, would like to take a look at the marmoreal tablets proclaiming the Times' "standards." I do not doubt that the journalists there hold to some sort of standards, but frankly I doubt their standards have much to do with journalism or with objectivity. Just the day before being duped by a phony French mayor, the newspaper again duped itself and its readers. On its front page, it ran an interminable report on the provenance of the housing bubble and the subsequent nationwide credit freeze. For months, serious scholars have been laying the blame on government housing policy that originated in the 1977 Community Reinvestment Act and became really dangerous during the Clinton administration. After that, the bubble ballooned and, in 2007, burst.

Yet the Times, in the thousands of words it spilled out claiming to explain the crisis, hardly mentioned the Clinton administration. Instead, it laid total blame on the Bush administration -- poor old George, in particular. So Mayor Delanoe's letter was the second "fake" to appear in the Times this week. Yet I have read no apology. Do the editors at the Times believe their tendentious work will engender a great debate about the origins of the 2008 recession?

The American Enterprise Institute's Peter Wallison is perhaps the country's foremost authority on the housing bubble. He has been writing about it and speaking out for months. In the Times' report, neither he nor his thesis is even mentioned.

In the next issue of The American Spectator, Wallison will explain: "Two narratives seem to be forming to describe the underlying causes of the financial crisis. One, as outlined in a New York Times front page story on Sunday December 21, is that President Bush excessively promoted growth in home ownership without sufficiently regulating the banks and other mortgage lenders that made the bad loans. The result was a banking system suffused with junk mortgages, the continuing losses on which are dragging down the banks and the economy. The other narrative is that government policy over many years -- particularly the use of the Community Reinvestment Act and Fannie Mae and Freddie Mac to distort the housing credit system -- is what underlies the current crisis."

Wallison supports the second narrative and has no difficulty winning his case. Most devastatingly, he cites the Times' own published chart from Dec. 21. It shows American homeownership growth since 1990. In 1993, homeownership stood at 63 percent. By the end of the Clinton administration, it had grown to 68 percent. Through all the Bush years, it grew by but 1 percent. Equally devastating, Wallison recalls a 1999 news story from the Times reporting that the Clinton administration was importuning on Fannie Mae and Freddie Mac to relax standards and extend lending to low-income homebuyers. What Wallison is too gentlemanly to add is that in this 1999 story, the Times quotes a housing expert who warns that the Fannie and Freddie policies might require a government bailout. The housing expert's name is Wallison.

So revealing the fakery of this news report is not difficult. But what is also worth mentioning is that the Times, in its ambitious partisanship, has created another political controversy that need not have been created. The origin of this bubble and credit freeze is clear. How to resolve it and prevent similar crises is the question to be addressed today. Instead, the Times wants -- so to speak -- to throw shoes at George Bush. The Times is not only unreliable but also uncouth.