He's Not Dead Yet 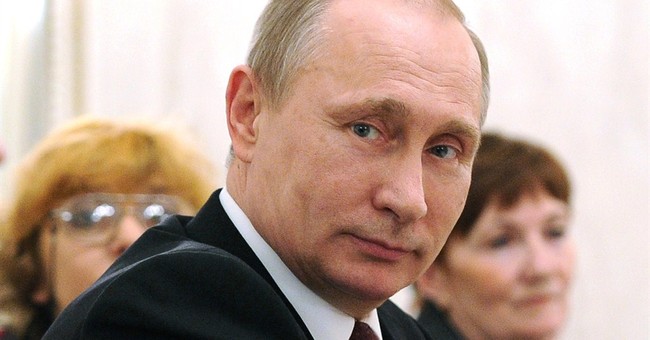 Vladimir Putin’s 10 day absence from public view led to wild rumors, as commentators focused on one of the biggest questions in Russian politics today: what happens after Putin? After all, it is hard to imagine Russian politics without Putin, whose strongman persona and flamboyant PR exploits are ubiquitous. Unsurprisingly, many fretted about possible unrest if something were to happen to the Russian leader. But though chaos is possible if Putin were to unexpectedly die, it’s far more likely that he would simply be replaced by a close confidante, with no major changes to the political system.

The media furor seemed out of proportion to Putin’s relatively short absence. As Putin’s unexplained vanishing act entered its second week, even reputable media began to speculate on its causes. The hashtag #????????? (Putin is dead) began to trend on Twitter, and each new rumor became more outlandish than the last: Putin has the flu. He has back pain. He’s been having plastic surgery. Putin has cancer. He is attending the birth of his love child. He’s been overthrown in a palace coup. Moscow is even now preparing for Putin’s state funeral!

Anti-climactically, the president reemerged on Monday, looking pretty much unscathed and with no explanation given. And as far as we can tell, Vladimir Putin is a perfectly healthy 62-year-old man. There is no reason why he could not easily stay in power through the end of his term in 2018. Yet men younger than Putin have indeed suffered from ill health and sudden or even fatal diseases. And even if he remains in power till 2018 or beyond, the question still remains: What comes after?

Putin has been the lynchpin of Russian politics for 15 years, and remains – by far – the most popular politician in the country. At the time of his unexpected appointment as Yeltsin’s replacement in 1999, the unstable political system was dominated by cronyism, with Yeltsin’s oligarchic financial backers running the show. Putin brought these groups to heel, and though his regime is still undoubtedly corrupt, the Russian government today is no longer riven by large-scale conflict between competing interests.

Putin’s ability to act as a mediator between, and a check upon, the various factions within the Kremlin – the remnants of Yeltsin’s cronies, more liberal economists, and the security service-linked group known as the Siloviki – has allowed him not only to solidify his own political base, the so-called power vertical, but also to govern more effectively than Yeltsin was ever able to.

Indeed, the foundation of Putin’s popularity has been stability: While economic growth, based in large part on rising oil rents, has legitimized his rule, it is not so much this growth as the rejection of the political and economic chaos of the 1990s which has cemented his power. Much of the media hysteria of the last few days is thus simply a reflection of the fact that Putin has carefully cultivated an image of himself as a bulwark against instability.

Yet it is misleading to assume that the system Putin built would simply collapse in his absence, and folly to think that any post-Putin system would necessarily be more open or democratic. Sadly, there appears to be little popular appetite in Russia for democracy, and no viable democratic opposition: Though tens of thousands turned out in central Moscow to mourn murdered politician Boris Nemtsov, other recent political marches in the city have been far smaller. A Ukrainian-style democratic Maidan movement - before or after Putin’s departure from office - is unlikely.

Instead, it is far more likely that a post-Putin Russia would simply see one of his closer advisers step into his shoes and govern as a successor to the president. This would likely be legitimized by show elections, and may even have some popular support. The successor – perhaps someone like Sergei Ivanov or Igor Sechin - would probably come from among the Siloviki, which have become the most prominent group in Kremlin politics during Putin’s reign. As such, they would share Putin’s worldview and hold similar opinions. Russian policies are unlikely to change drastically.

Though Putin’s reappearance puts to rest many of the concerns his absence raised, his popularity and his key role in the Russian political system underline the question of what would happen in the case of his catastrophic illness or death. The chances are good that the Russian president will enjoy many more years in office. But even if he does not, his death would be more likely to result in a managed transition than in political chaos. So the next time Putin goes missing, sit back and enjoy the ridiculous rumors. Putin, or someone much like him, will be back to govern Russia soon.