The Push for Abortion By Newly Appointed UN Special Rapporteur

Elyssa Koren
|
Posted: Oct 03, 2020 12:01 AM
Share   Tweet
The opinions expressed by columnists are their own and do not necessarily represent the views of Townhall.com. 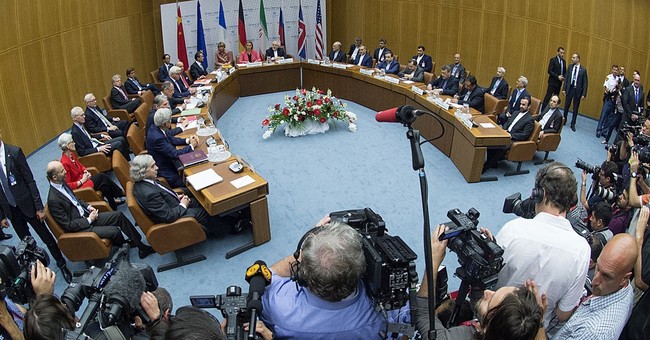 With brazen indifference for the health and safety of women, the United Nations’ top health tsar has registered “absolute support” for self-managed at home abortions—a practice which in the United States alone already has resulted in 4,000 adverse reactions and 24 maternal deaths. It is no coincidence that the World Health Organization has aggressively championed self-managed abortion, at the same time that countries across the globe engage in domestic battles over the practice.

As a medical expert, the  newly appointed UN Special Rapporteur on the right to health, Dr. Tlaleng Mofokeng, should be well aware that chemical abortions are 4 times more dangerous for women than surgical abortions—a statistic that carries with it exacerbated consequences in the developing world. Why then the dangerous insistence on a practice that is antithetical to the wellbeing of women? It is clear that Dr. Mofokeng’s ambition, as an abortion practitioner herself, is to use her position at the helm of the global health movement to advance a “human right” to abortion.

The U.S. is currently confronting the dangers of the abortion pill at home with a federal judge lifting the requirement that pregnant women complete a medical appointment to procure the drugs. It is imperative for the health of women everywhere that this fight be played out, and won, according to strictly American terms, without UN interference. This May, for example, a UN working group issued a letter claiming that the U.S. was impinging on a so-called “right to abortion” as a result of the COVID-19 pandemic. Singling out pro-life measures in Texas, Oklahoma, Alabama, Iowa, Ohio, Arkansas, Louisiana, and Tennessee, the letter noted that these states “with a long history of restrictive practices against abortion, appear to be manipulating the [COVID-19] crisis to severely restrict women’s reproductive rights.”

Delving into the pro-life policies of not only a sovereign country, but also of its individual states, represents a gross interference in our domestic affairs. While the UN undoubtedly wields significant influence, it has no legal authority to violate national laws to promote abortion. Likewise, while Dr. Mofokeng has found a powerful platform for her agenda, her claims represent not only bad medicine, but also bad law.

There is no right to abortion in international law. In fact, international human rights are grounded in the protection of the right to life for everyone at all stages. Correspondingly, the majority of the 193 Member States that make up the UN either prohibit or heavily restrict abortion. Most countries, just like most people, value unborn human life.

The UN provides a hospitable platform for the radical vision of the Special Rapporteur, chipping away at the resolve of governments to maintain sovereign protections for unborn life. The right to life is continuously disregarded and degraded at the system’s highest levels. For instance, the Secretary General recently identified “reproductive health services” (abortion) as the most important part of the UN’s COVID-19 response.

Mounting evidence that the UN is using the pandemic to force countries to legalize abortion in exchange for coronavirus aid money is proof of egregious disregard for national sovereignty. Pro-life country Ecuador, for example, was awarded $8 million from the UN to combat the virus, with an added caveat that it legalize abortion, in addition to deploying DIY abortion kits inside the country. The kits include a variety of abortion materials such as vacuum extractors, tools for dilation and curettage, cranioclasts for the crushing of fetal skulls, in addition to abortifacient medications.

Dr. Mofokeng blames U.S. pro-life aid conditionalities for hurting women in the developing world. But in preventing funding from going toward abortions, the U.S. aligns with pro-life laws in the countries it assists. The U.S. position demonstrates a crucial respect for national sovereignty, glaringly absent from the UN. She’s right—“unless we stop being dependent on foreign aid, we can’t set our own agenda”—except it is the pro-abortion machinery of the UN, not U.S. pro-life assistance, that holds countries captive.

Last week, the U.S. voted against a UN COVID-19 resolution due to its abortion promotion, citing that, “there is no international right to abortion, nor is there any duty on the part of States to finance or facilitate abortion.” Critics may argue that the U.S. has no business boycotting UN abortion promotion given the intensity of debate on the topic in our own domestic context. But this is precisely why the U.S. must stand its ground against the UN. The majority of Americans insist on the protection of unborn life—the fight is alive and well in this country—and the UN must not be allowed to override the resounding pro-life truths that these Americans share with most people around the world.

While Dr. Mofokeng maintains that abortion is a “normal outcome” of pregnancy, women, and their babies, deserve better. Despite the power of her office, it is clear that the positions advanced by the Special Rapporteur represent nothing more than an ideological manipulation of what the majority knows to be true—pregnancy is not a disease and abortion is not health care.

Elyssa Koren is the director of United Nations advocacy in New York City for Alliance Defending Freedom International. Elyssa can be found on Twitter: @Elyssa_ADFIntl