Elizabeth Yore  |  Jun 09, 2020
The opinions expressed by columnists are their own and do not necessarily represent the views of Townhall.com.
Top Columns
Trending on Townhall Media 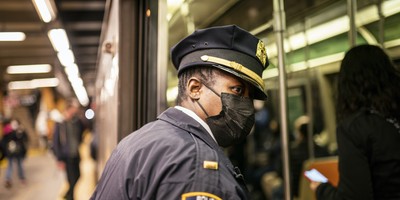 The insidious plague ravaging the country of Somalia, home of Rep. Ilhan Omar, cannot be stopped by a mask, nor by washing hands or by doses HCQ. But like COVID-19, this virus wreaks havoc, travels covertly, is highly contagious, and strikes randomly and brutally. Somalia is described as “ground zero” for this epidemic.

And like COVID, it has garnered the attention of the World Health Organization and the U.S. Centers for Disease Control. Yet, this contagion only strikes little girls and is passed on by mothers and grandmothers. With 98% of Somalia women afflicted, it rises to the level of a pandemic—the pandemic of female genital mutilation (FGM).

The United Nations Population Fund (UNFPA) predicts about 290,000 girls in Somalia will be subjected to FGM in the year 2020. Across the world, 68 million girls are at risk for FGM by 2030.

While the global community clamps down on the hideous and barbaric practice of female genital mutilation, Somalian little girls are held down by their female relatives as their genitals are cut with razors and scissors in religious traditions. The Somalia quarantine provided a unique opportunity to carry out this brutal practice on little girls who were sheltered in place with their female relatives. In an effort to make money during the lockdown, Somalian “female cutters” aggressively knocked on doors and sought out families with little girls from infancy to 15 in order to ply their trade of severing female genitalia for cash.

The World Health Organization vociferously condemns this ancient but thriving practice as a violation of human rights, which has impacted 200 million girls around the world. FGM has been documented in more than 30 countries primarily in Africa, as well as in the Middle East and Asia. The Centers for Disease Control conservatively estimates that 513,000 girls and women are at risk of FGM in America. This shocking surge in FGM is due to an uptick in immigration from FGM practicing countries. Traditions, even when illegal, are packed along with an entrance visa.

International health experts have documented not only the psychological costs of FGM of severe trauma, but also the economic costs of the physical damage done to females. WHO calculated it would cost $1.4 billion a year to treat all resulting medical needs, and thus, drain a country’s economic resources.

Tragically, the Somali Criminal Code has not outlawed FGM. Yet Somalia signed the UN Convention on the Rights of the Child in 2002. The Convention protects children from all forms of harm and abuse, of which FGM is one of the most heinous forms of physical child abuse. Until girls are given legal protections, FGM will propagate throughout Somalia.

The United States still has additional important legislative work to perform to outlaw FGM. Congress has yet to pass a federal bill criminalizing FGM after a Detroit federal judge found the federal FGM law unconstitutional. On the state level, it is long overdue, with 12 states remaining to criminalize female genital mutilation. The following states run the risk of mimicking Somalia with no legal protection against FGM: Alabama, Alaska, Connecticut, Hawaii, Indiana, Maine, Massachusetts, Mississippi, Montana, Nebraska, New Mexico and Washington.

Finally, the vociferous Ilhan Omar is the first Somali born U.S. Congresswoman. Her leadership reticence in decrying her homeland’s hideous FGM practices is baffling. After all, her equally political, boisterous anti-capitalist, #feminist daughter, Isra Hirsi, rants daily on social media about her own radical liberal agenda. Perhaps the Hirsi women could ban together and ban FGM in Somalia. #SomaliFeminists?

Elizabeth Yore, an international child rights attorney, lead EndFGMToday.com and is the founder of YoreChildren and the Global Center for Child Protection.)