Elizabeth Yore
|
Posted: Apr 20, 2019 12:01 AM
Share   Tweet
The opinions expressed by columnists are their own and do not necessarily represent the views of Townhall.com. 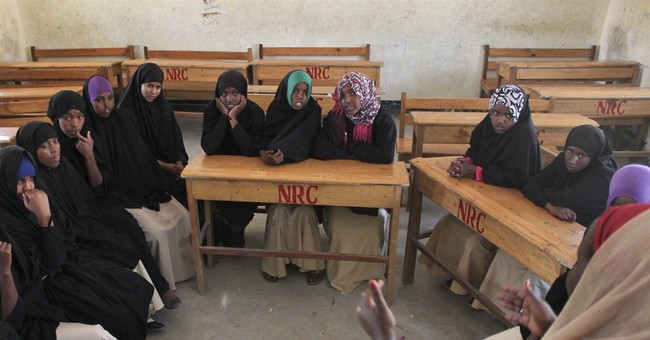 Prosecutions of crimes and appeals are the hallmark of a vibrant criminal justice system that provides justice for victims and ensures community safety and societal order. Children and adults are entitled to the protection of the criminal justice system. A society breaks down when crimes are not investigated, prosecuted or convicted. Just ask the Brits. Until recently, they couldn’t get a conviction for female genital mutilation in a country where FGM doubled in one year. For 30 years, this British national scandal lingered as the numbers of FGM victims grew yearly.

This month, headlines were dominated by the U.S. Department of Justice's release of the Mueller Report, the arrest of Julian Assange, the indictment of Obama lawyer Greg Craig and the investigation into spying in the Trump campaign. Clearly, the Department of Justice is inundated with the legal political machinations of politics and its operatives.

Yet, vulnerable children are at risk; this seldom makes headlines. When DOJ resources are stretched thin, children suffer. So the recent news that the DOJ was dropping its appeal of Michigan Judge Bernard Friedman’s ruling, which found that the federal female genital mutilation statute was unconstitutional, stung child advocates. In the Solicitor General’s letter to Congress dismissing the government appeal, Noel John Francisco rightly described the crime of female genital mutilation as “an especially heinous practice—permanently mutilating young girls—that should be universally condemned.”

The Department of Justice determined that the statutory language of the FGM federal lawsuit needs to be amended, consistent with Judge Friedman’s ruling. Thus, the government did not pursue the appeal of the district court’s decision. So it’s back to square one for the vulnerable 513,000 women and girls at risk for FGM in the United States, according to the Center for Disease Control. The risk of FGM is especially high in 19 states that have no criminal FGM statute on the books. No federal statute and 19 states without a law hearkens back to third-world countries, like Somalia and Sudan.

Today, in the era of gender-based violence and the #MeToo movement, FGM, one of the most brutal gender-based acts of violence against little girls, remains protected in 19 states and in federal law in the United States.