Eli Crane
|
Posted: Mar 23, 2022 12:00 AM
Share   Tweet
The opinions expressed by columnists are their own and do not necessarily represent the views of Townhall.com. 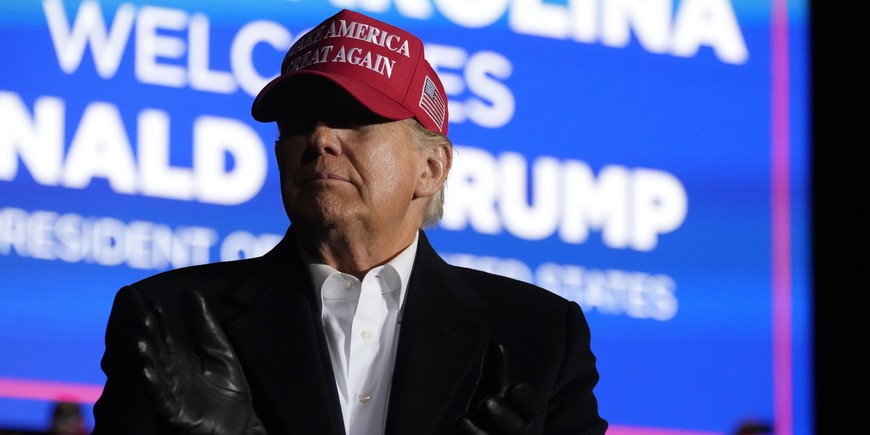 There is no doubt that the 2020 presidential election must be fixed. In Arizona especially, but across the county, the last election was anything but secure. Our state legislators in Arizona have been presented with the findings of an investigation by True the Vote and the evidence has been turned over to Attorney General Mark Brnovich. The Attorney General’s refusal to take bold action is unacceptable. Weak Republicans across Arizona deserve their fair share of the blame for insufficient action. Even in my primary, multiple opponents refuse to support decertification, with one claiming that it is impossible and unconstitutional. They have no intention of fixing 2020 and instead want to look ahead. That would be a massive mistake. The America First movement, which under President Trump’s leadership ideologically realigned the Republican Party, must reject these feckless politicians.

I believe that one’s courage should be judged by their willingness to make the right decision even knowing it will cost them. Few politicians possess this courage, even fewer when it comes to election integrity. I am different. I am proudly running with election integrity as my number one issue, aware that it will cost me support. Unlike my opponents, I have supported decertification throughout this campaign and didn’t need to test the political winds before I announced my position. Any politician that refuses to take on this most important fight will almost surely fold and betray their voters when inevitably tested. I will never compromise my character. I will never forget who sent me to Congress to fight and what they sent me to fight for.

Unfortunately, we are fighting the war for fair elections on multiple fronts. The media and big tech conspired against President Trump in the 2020 election. When the Hunter Biden laptop story first emerged, it was immediately discounted by the Biden campaign as “Russian disinformation”, playing off the false narrative that Russia hacked the 2016 election. Hunter’s laptop contained hard evidence in the form of financial documents, photos, and texts directly contradicting Joe Biden’s claims that he had no involvement with his son’s overseas business dealings. Biden repeated this lie early and often during the campaign. The media and big tech oligarchs dutifully played along in support of their preferred candidate. They blatantly refused to cover one of the most compelling stories of corruption and abuse of office in American political history. Instead, CNN, MSNBC, CBS, the Washington Post, the New York Times among countless others in the liberal media trotted out their mercenaries to defend Biden against the fact that he sold access to the White House as Vice President for his family’s financial benefit. This potentially jeopardized American interests against our adversaries. Big tech censored any content that made it onto social media, again labeling it as disinformation. In a memorable moment in the first Presidential debate, when President Trump took Biden to task for his transgressions, Biden deflected. He fell back on the same original lie that it was Russian disinformation and called the allegations totally discredited. The media again rushed to back Biden’s side of the story.

Perhaps the most revealing truth about the unapologetic inference on behalf of Biden’s campaign is how unsurprising it is. The American people know the media to be firmly in the Democrats’ camp. Accordingly, the media is no longer afraid to reveal their bias and no longer accountable to the American people. More than a year later, the New York Times finally acknowledged the existence of Hunter’s laptop. The fifty-one intelligence experts who penned a public letter are similarly unashamed. There is no doubt that the mainstream media colluded with big tech oligarchs to benefit Biden. This must be immediately and aggressively addressed just as we attack voter fraud and intentionally loose voting laws. President Trump also taught Republicans in large part how to take on the media and call out their lies. We need fighters in Congress that will emulate this courage and take a stand for this truth, especially when attacked by the liberal media or censored by big tech.

The first year of the Biden Administration has been a catastrophic failure. The consequences are a diminished quality of life for our hard-working citizens and a diminished respect for the United States among our allies and enemies. These are the stakes we face if our elections continue to be corrupted. Everyone who is frustrated with our trajectory under this inept president must understand this truth. All Republicans must be voracious advocates for election integrity and address the root of the problem: the 2020 election. I promise that is exactly what I will do in Congress. I will be a proud advocate for election integrity and a thorn in the side of both the left and RINOs. With the eyes of history upon us, I am ready to enter the arena and fight once again.

News Report Baselessly Fear Mongers How Easy It Is to Buy a Firearm: 'Like Ordering Groceries'
Julio Rosas
We Know Why Police Didn't Breach the Classroom to Confront Texas Shooter...And They Admit It Was a Mistake
Matt Vespa
Liz Cheney Makes Re-Election Bid Official, As She's Losing Terribly in the Polls
Rebecca Downs
Commentary: On Mass Shootings, Cycles of Blame, and 'Solutions'
Guy Benson
The New York Yankees Tweeted About 'Gun Violence' Affecting 'Latinx People' and Boy, Do People Have Thoughts
Rebecca Downs
Flashback: When The Washington Post Tried to Manufacture a Link Between AR-15 Rifles and the Nazis
Matt Vespa