Presidential Elections and the Federal Courts

Edward White
|
Posted: Aug 11, 2016 12:01 AM
Share   Tweet
The opinions expressed by columnists are their own and do not necessarily represent the views of Townhall.com. 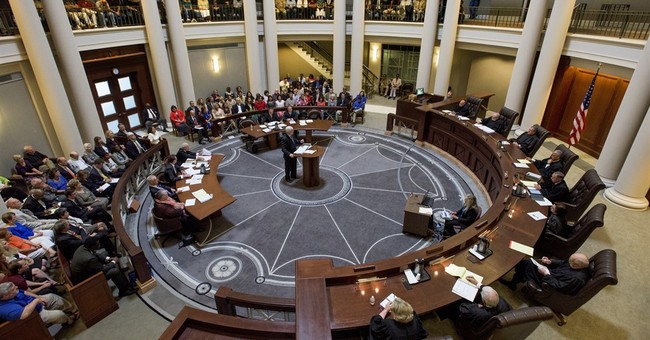 One of the powers the President of the United States has is to appoint federal judges with the advice and consent of the Senate. Presidents generally appoint judges who share the President’s philosophy about how the law should be interpreted and cases decided. Through appointments, a President shapes our law and society long after leaving office.

Federal judges hold lifetime appointments and only leave their positions if they resign, die, or are impeached. Lifetime means lifetime. For example, Judge George C. Young was appointed a federal trial judge by President John F. Kennedy in 1961. He served in that capacity for roughly fifty-four years until his death in 2015 at the age of ninety-nine.

Much has been written about the vacancy on the Supreme Court caused by the passing of Justice Scalia earlier this year. The next President will appoint his replacement and, maybe, appoint additional Justices if vacancies arise. The importance of qualified Justices goes without saying, as their majority decisions become the law of the entire country.

Yet, because the Supreme Court only decides about 80 cases each year, the federal appellate circuit courts have the final say in the remaining thousands of federal cases on appeal.

The country is divided into twelve federal appellate circuits that have jurisdiction over various geographic locations in the country: the First through the Eleventh Circuits and the D.C. Circuit. The thirteenth circuit court, the Federal Circuit, is based in Washington, D.C., and has jurisdiction over subject matter, for example, patent cases, and not over any geographic location.

As other Presidents have done, President Obama has appointed federal judges during his two terms in office. Both active and senior federal appellate judges hear and decide cases, but only the active judges can hear and decide “en banc” or full court cases. Besides a decision from the Supreme Court, only an “en banc” decision by a majority of active judges can overturn earlier case law from that particular appellate court.

As should be obvious, a President’s judicial appointments continue to have a significant impact on this country long after the President has left office. The appointment power is one of the many reasons a Presidential election has real consequences. It is a Presidential power the electorate must consider in deciding the future course of this country.