Edward Longe
|
Posted: Jan 27, 2021 11:15 AM
Share   Tweet
The opinions expressed by columnists are their own and do not necessarily represent the views of Townhall.com. 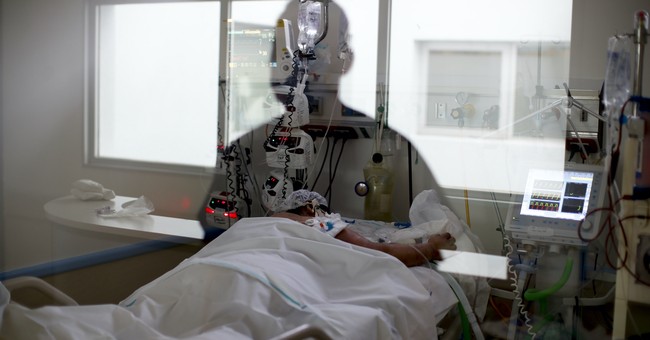 One of the most significant problems facing patients and their access to quality healthcare is the threat of a surprise medical bill or balance billing. Between 2018 and 2020, 41 percent of insured Americans received an unexpected medical bill with two-thirds of Americans worrying they will be unable to afford an unexpected medical expense. Recognizing that the existence of surprise medical bills prevents people from receiving quality care as well as plunges patients into medical debt, the U.S. Congress has finally taken the first steps toward protecting patients from a market failure both Democrats and Republicans agree needs correcting.

In its simplest form, surprise medical bills are the difference between what an out-of-network provider's fees exceed and what an individual's health insurance is willing to cover. Between 2014 and 2017, it is estimated the average surprise medical bill could be anywhere from $220 to $628. The problem is particularly pronounced in emergency care and surgeries as surprise bills reach an average of $19,600 and insured patients are often unable to select a provider.

Recognizing the serious problem surprise medical billing presents to patients, the federal government finally enacted the No Surprises Act to take the first step toward ending the practice. The No Surprises Act prohibited out of network providers from billing patients out of network rates at in-network hospitals unless the patient is informed and consents, and the act also prevents air ambulances from charging more than in-network charges.

While the No Surprises Act does offer comprehensive protections to patients, and further legislation needs to be passed to eradicate the practice, the bill marks an important step forward for consumers and patients. The failure of Congress to act earlier on surprise medical billing is particularly perplexing given its issue that enjoys broad bipartisan support.

Aside from protecting patients from unexpected bills, the passage of the No Surprises Act could benefit the wider economy by lowering the federal deficit. In its economic impact assessment of H.R. 5826 and HR.5800, previous iterations of the No Surprises Act, the Congressional Budget Office estimated reforming surprise billing could reduce the federal deficit between $17.8 billion or $23.9 billion over 10 years. Economic studies also suggested reforming surprise billing could save Americans between 0.5 percent and 1 percent on their insurance premiums.

According to American Action Forum, much of these savings will occur because “providers would be expected to move toward the median in-network rate under the legislation and away from the average overall payment, which is higher generally.”

While the U.S. Congress was slow to enact reform on surprise medical billing, several states have enacted legislation to reform the practice. Washington state, for example, recently enacted the Balance Billing Protection Act that prohibits patients from being billed out of network provider costs for receiving emergency care at an in-network facility.

New Mexico enacted the Surprise Billing Protection Act that requires insurance companies “pay for all out-of-network emergency services necessary to evaluate and stabilize the patient,” requires insurers to fully reimburse for out-of-network care provided at an in-network facility, and requires providers notify patients if they are out of network for non-emergency care.

While some states have taken steps toward ending surprise billing at a faster rate than the federal government, not all have followed suit. Currently, 13 states do not protect patients from surprise medical bills, leaving millions of consumers liable for unexpected medical bills. The failure of these 13 states to pass protections also serves to highlight the need for further federal action on surprise billing to ensure a baseline of protection that is not dictated by a patient's residency.

For consumers and patients, the passage of the No Surprises Act will go a long way to ensure they are protected from expensive unexpected medical bills and ensuring the healthcare market works for patients, providers, and insurance companies. Despite this laudable effort, it is also important to recognize more needs to be done at both the state and federal level to protect patients and ensure they are able to access critical and routine care without the threat of bankruptcy.

Edward Longe is a research associate at the American Consumer Institute, a nonprofit educational and research organization. For more information about the Institute, visit www.TheAmericanConsumer.org or follow us on Twitter @ConsumerPal.