Ed Klein  |  May 09, 2017
The opinions expressed by columnists are their own and do not necessarily represent the views of Townhall.com.
Top Columns
Trending on Townhall Media 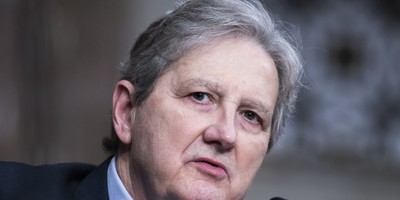 It’s no secret that Republicans have been struggling to make good on their promise to repeal Obamacare.

What is less talked about is that Democrats are laughing up their sleeves over the Republicans’ struggle.

Even if a healthcare bill is finally passed into law, Democrats believe the replacement will turn out to be so unpopular with voters that Republicans will pay a steep price at the polls.

Many Democrats—and their amen chorus in the mainstream media—are already rubbing their hands together in anticipation of taking back the White House in 2020.

Let’s look at their prospects.

The Hill, a Washington newspaper, recently listed no fewer than 43 possible Democrat candidates who could take on Donald Trump in 2020.

A big problem facing the Democrats is that their base is growing younger and younger, but their leading hopefuls—Joe Biden, Elizabeth Warren, Hillary Clinton, and Bernie Sanders—will all be well into their seventies in 2020.

Another problem is that their base is radically leftwing, but contenders like New York Governor Andrew Cuomo, former Massachusetts Governor Deval Patrick, and Virginia Governor Terry McAuliffe represent in many Democrat minds the moderate Old Guard.

The desperation of the Democrats is underscored by news from Hollywood that Jeffrey Katzenberg, one of the party’s most prolific fundraisers, is encouraging Disney CEO Bob Iger to run for president. And Iger is reportedly considering it.

Which raises the question: Who’s in charge of this Mickey Mouse operation anyway?