Ed Klein
|
Posted: Apr 18, 2017 10:19 AM
Share   Tweet
The opinions expressed by columnists are their own and do not necessarily represent the views of Townhall.com. 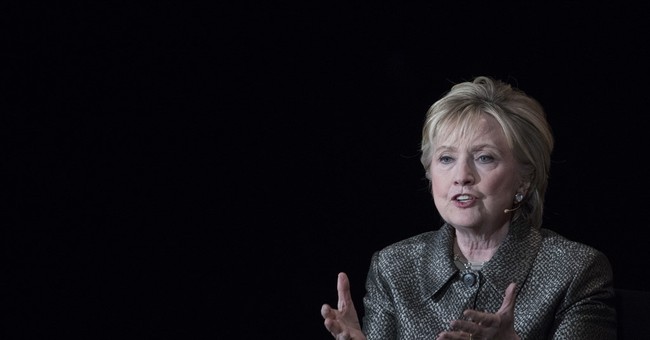 If you want to know where the Democratic Party is headed, think about this:

I’ve been writing about Hillary Clinton for almost 20 years—ever since the Monica Lewinsky scandal—and it will hardly come as a surprise to those of you who have read my books that my critical opinion of Hillary has made me a pariah among liberals—especially among the liberal mainstream media.

Before I started writing about Hillary, I wrote several books about the Kennedys, and in those days I was a welcome guest on the Today Show, Good Morning America, Charlie Rose, Larry King—practically everywhere on TV.

However, once I started portraying Hillary for what she is—an angry, self-righteous politician, who blames everybody but herself for her problems—I was no longer invited to sit with my old friends in front of a TV camera and discuss the news.

Well, folks, that may be about to change.

Two card-carrying members of the liberal mainstream media—Amie Parness and Jonathan Allen—who wrote a gushy book about Hillary a couple of years ago, have apparently seen the light.

They are coming out with a book today that tells it like it is. The book is called Shattered: Inside Hillary Clinton’s Doomed Campaign, and it portrays Hillary as—you guessed it!—an angry, self-righteous politician who blames everybody but herself for her problems.

And why do I think this is important?

For the simple reason that the same Amie Parness—on the day before publication of her new book—wrote a piece for The Hill, a political newspaper, in which she described Bernie Sanders—not Hillary Clinton— as the key to rebuilding the Democratic Party as it struggles to find its identity after the devastating defeat in 2016.

Mark this date: The liberal mainstream media is leaving Hillary and moving further and further to the left—away from Saint Hillary and into the arms of the socialist Bernie Sanders.