Marijuana and the Media

Ed Gogek
|
Posted: Mar 02, 2016 2:00 PM
Share   Tweet
The opinions expressed by columnists are their own and do not necessarily represent the views of Townhall.com. 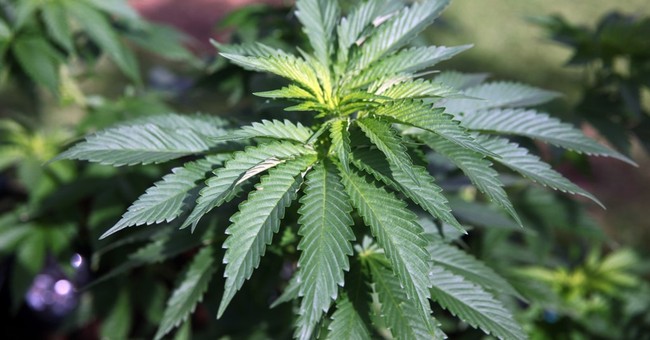 In the CNN town hall just before the South Carolina primary, former Florida Governor Jeb Bush gave a reasoned argument against legalizing marijuana. But then he said something completely untrue, that 50 percent of federal inmates are in prison for drug use.

Fifty percent of federal prison inmates are incarcerated for drug crimes, but they’re in for drug trafficking, not drug use. The same holds true in state prison. Research published in Contemporary Drug Problems found that only one-half of one percent of the U.S. prison population is locked up solely for drug possession. For marijuana, it’s about one half of one-tenth of one percent—about 400 inmates nationwide. And even those numbers are probably high; drug possession is often the lesser charge in a plea deal.

Bush is not the only politician to make this mistake. In the first Democratic presidential debate, Senator Bernie Sanders and former Secretary Hillary Clinton both stated – wrongly -- that we regularly send people to prison just for using marijuana. The Washington Post, Politifact and MSNBC quickly ran stories stating that virtually no one is in prison solely for marijuana use.

On November 5, Washington Post fact-checker Glenn Kessler awarded three Pinocchio’s to Sanders for saying we’re “giving jail sentences to young people who are smoking marijuana,” and four Pinocchio’s to Clinton for, as Kessler put it, “the absurd suggestion that prisons are overflowing with marijuana convicts.”

Kessler also gave Carly Fiorina two Pinocchio’s for saying inmates with drug charges are the main cause of mass incarceration. Only about 20 percent of U.S. prison inmates are incarcerated for drug crimes and again, they were almost all selling drugs.

However, Clinton, Fiorina, Bush and Sanders aren’t alone. Many people think prisons are filled with inmates whose only crime is drug use. It’s a common belief, and it’s common because the news media has told us this for years.

For example, in an April 2, 2012 Time magazine column titled “Incarceration Nation,” Fareed Zakaria wrote, “…something has happened in the past 30 years to push millions of Americans into prison. That something, of course, is the war on drugs.” But it’s not. Eighty percent of prison inmates are incarcerated for non-drug crimes. If we repealed every drug law, we’d still have mass incarceration.

In a November 2012 Washington Post column, Katrina vanden Heuvel wrote that legalizing marijuana would “drastically decrease incarceration rates.” However, the research from Contemporary Drug Problems found that only 2 percent of U.S. prison inmates are incarcerated solely for marijuana offenses, almost all of them for trafficking. Two percent is not by any definition a drastic decrease.

A July 28, 2014 New York Times editorial called, “The Injustice of Marijuana Arrests,” told the story of a man in prison for 13 years because of marijuana laws. But it wasn’t marijuana laws. The man received his long sentence because of repeat offender laws. He could just as easily have gotten his “three strikes” for any crime.

On March 10, 2014, Huffington Post ran a story whose first sentence was, “America's prisons are dangerously overcrowded, and the war on drugs is mainly to blame.” That’s not true; it’s at most 20 percent to blame. But Huffington Post made it appear true by using a graph of federal prison inmates—and then mislabeling the graph as inmates from all U.S. prisons.

On July 30, Politico ran an article called “Congress’ Summer Fling With Marijuana,” that referred to “the high costs of sending millions of people … to prison for nonviolent marijuana offenses…” That’s also untrue. The United States hasn’t sent a million people to prison for marijuana over its entire 240-year history.

Why does the press so often get this wrong? One possible reason is that blaming the drug war for mass incarceration has become such an article of faith for so many, including some journalists, that they can’t see past their own beliefs.

Also, journalists who use marijuana are allowed to write about it, which is a conflict of interest. One reporter covering the raw milk issue for a big city daily said she was taken off the story when her editor learned she drank raw milk herself. Marijuana use is no different.

But whatever the cause, without this misinformation from the media, the public would know that the drug war didn’t cause mass incarceration and that no one goes to prison just for using drugs. And our presidential candidates would know it, too.