Free Speech: For All, Not Just Some

Ed Feulner
|
Posted: May 09, 2018 12:01 AM
Share   Tweet
The opinions expressed by columnists are their own and do not necessarily represent the views of Townhall.com. 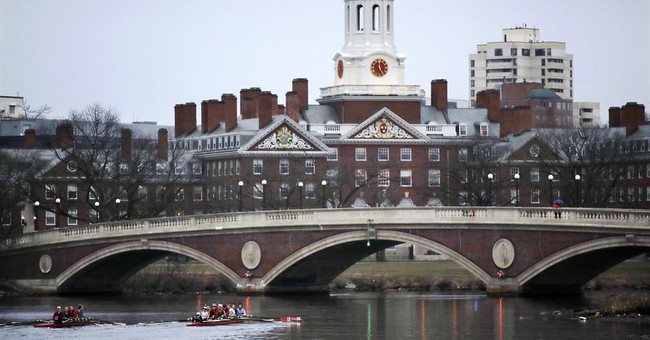 “I may not agree with what you say, but I’ll defend to the death your right to say it.” Few quotations are more quintessentially American than this (attributed in various forms to Voltaire, Oscar Wilde and others). You may not persuade anyone, but at least you can count on being heard.

That’s the idea, anyway. Civil society may have frayed in other areas, but right and left, surely we can agree that you have a right to speak up and not be silenced.

Unfortunately, even this bedrock principle has been weakening in recent years, and nowhere more, ironically enough, than at our nation’s universities. We may still refer to them as institutions of higher learning, but on far too many campuses, a dissenting point of view has become an endangered species.

By “dissenting,” of course, I mean dissenting from the liberal orthodoxy that prevails in much of academia. When a right-leaning speaker is coming to campus, one of two things often happen:

1) Angry students create such an uproar that college administrators cave in and force the speaker to withdraw.

2) The speaker has his or her speech disrupted by “protestors” who crash the event, interrupt loudly and repeatedly (at best) and even escalate to assault (at worst).

I put the word “protestors” in quotation marks because although the media usually calls them that, they’re wrong. Protesting has a long and hallowed history in American society. If a controversial speaker comes to a campus, and people who disagree with his message want to speak up, fine. Hoist your signs, distribute your literature, etc.

But you do it outside the event. You don’t fill the seats and scream at people, or block entrances, or even pepper-spray individuals, as has occurred on certain campuses.

Free speech is a two-way street. I would never defend anyone who treated a liberal speaker in such a deplorable way. I expect the same courtesy from the left.

We both get a chance to speak. That’s how freedom works.

Or how it’s supposed to. Unfortunately, too many students arrive on campus with a poor grasp of the Constitution, let alone good manners. Hearing an alternative view to what they’ve been spoon-fed their entire lives sends them into a complete tailspin.

They don’t listen respectfully. They attack. “The 2016–17 academic year will go down in history as the year of the shout-down,” Stanley Kurtz of the Ethics and Public Policy Center wrote in a piece for National Review that cataloged some of the more notable outrages.

The bad news is, universities aren’t helping. The good news is, some states are. In a recent article for the Daily Signal, education expert Jonathan Butcher praised Arizona lawmakers for strengthening laws that protect free speech on public college campuses.

“While the First Amendment has long limited regulations to the ‘time, place, and manner’ of speech in public forums, now schools can only exercise that authority to restrict speech if it is ‘necessary to achieve a compelling governmental interest’ and is ‘the least restrictive means’ for doing so,” he writes.

Other states, such as North Carolina and Wisconsin, have taken steps to address the speaker shout-down problem -- preventing campuses from disinviting speakers, for example, and stipulating that universities explain their free-speech policies during freshmen orientation. It’s a shame that such remedial steps are necessary, but here we are.

The need for action couldn’t be plainer. Many students understand the need to protect everyone’s free speech rights, but others? Not so much. In one recent survey, 10 percent of students said it is appropriate to use violence to stop a speaker sometimes, while 37 percent said speaker shout-downs are sometimes acceptable.

That’s frightening. Until both of those numbers are at zero percent, it’s obviously we have our work cut out for us.

Share this on Facebook
Tweet
Chris Cuomo's Termination Came Just Days After He Was Accused of Sexual Misconduct
Landon Mion
Bob Dole Dead at 98
Rebecca Downs
Omar Slams McCarthy as a 'Liar and a Coward' for Refusing to Condemn Boebert Comments
Landon Mion
Oregon May Actually Make Its Mask Mandate Permanent
Rebecca Downs
Chris Cuomo Has Been Fired, And Supposedly Even More Information Has Come Out
Rebecca Downs
Even More Key Democrats Are Getting Caught Up Engaging in Mask Hypocrisy
Rebecca Downs