Some Cold Facts on Global Warming

Ed Feulner
|
Posted: Mar 05, 2016 12:01 AM
Share   Tweet
The opinions expressed by columnists are their own and do not necessarily represent the views of Townhall.com. 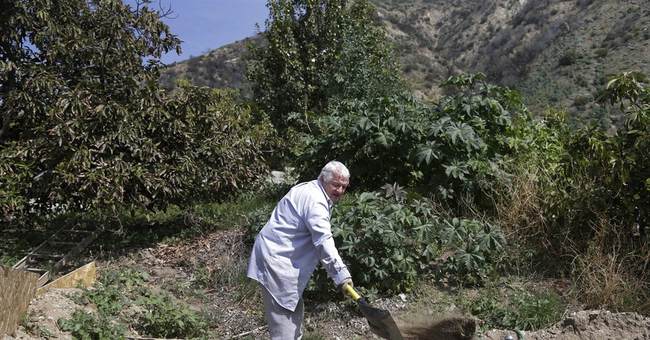 On the last day of February, the high temperature hit 64 degrees here in Washington. Yet the snow drifts from January’s massive East Coast blizzard were still melting. So what are we to make of the weather and the climate-change controversy? Is it getting warmer or colder?

It’s not even a question worth asking, as far as the analysts at NASA are concerned. Before the blizzard hit, they had already announced that 2015 was the hottest year on record. Not that this is anything new for most Americans. We hear dire global-warming proclamations on a near-daily basis, and it’s always just been the hottest day, week, month or year -- no matter what the weather’s like outside.

Yet, as climate expert David Kreutzer recently pointed out, NASA is fairly selective about which information you’re supposed to believe. The agency’s own satellite data shows that while last year was indeed warm, it wasn’t as warm as 2010 or 1998.

But wait, some may say. You can chalk up this discrepancy to the difference between what the satellite data says and what the surface temperatures are (which NASA gathers from thousands of sites worldwide, with a few “adjustments” thrown in). But it doesn’t matter. Neither data set supports the wild predictions being bandied about by global-warming alarmists.

Search all the data for evidence of the accelerated warming projected by the Intergovernmental Panel on Climate change, and you come up empty-handed. Sometimes temps go up, but not always. There’s no constant warming. Indeed, the data show a significant moderation of the warming trend. At times it appears to have leveled off or even cooled a bit.

Should we be surprised? Not really. When you throw in variables such as measurement errors, as well as El Niño and La Niña, it makes sense that the average temperature for some years will be higher even if the overall trend is flat.

“Will the trend stay flat? Probably not,” Kreutzer writes. “The Earth has been recovering from the Little Ice Age for a couple of centuries and recovering from a real ice age for thousands of years. So there is a reasonable chance that we will revert to an overall warming trend, but there is no guarantee. Who knows? We might even be headed into another ice age (as was predicted in the 1970s).”

None of this is to say that human-caused CO2 emissions haven’t contributed to some warming. They likely have. But the bottom line is that, one way or the other, there’s no reason to believe that the sky is falling. Or, to be more exact, that the earth beneath it is warming up to levels that should frighten us.

No data points to catastrophic warming, hysterical predications aside. And, it should be noted, the National Oceanic and Atmospheric Administration and the Intergovernmental Panel on Climate Change show that there have been no upward trends in hurricanes, tornadoes, floods, or droughts.

Small wonder then, that liberal groups who are vested in global-warming alarmism often ignore data that contradict their agenda. They tell us repeatedly that the debate is over, as if there is an expiration date on free speech. Unfortunately, too many in the media comply. Some outlets, such as the Los Angeles Times, won’t even accept letters to the editor that question the gospel of man-made climate change.

Hence we get very selective reporting. “For example, the national media hyped NASA’s finding that 2014 was the hottest year on record,” writes Rep. Lamar Smith, R-Texas. “Ignored was the footnote that revealed that NASA was only 38 percent certain this was accurate. Less than fifty-fifty. Americans would have been better served by a coin toss.”
There’s a lot of hot air circulating, all right. Fortunately, it’s more political than scientific. Leonardo DeCaprio may have been taken in, but the rest of us can ignore the overheated rhetoric.