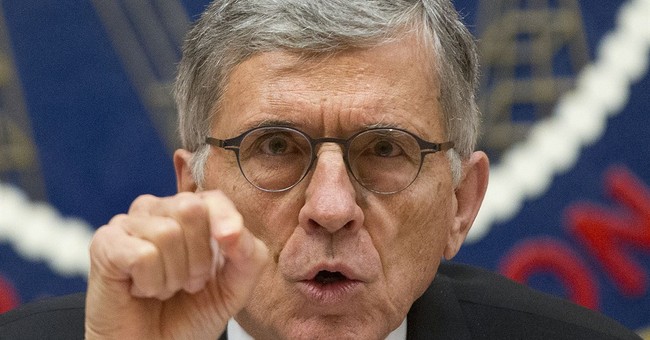 There’s a reason the words “I’m from the government, and I’m here to help” are a punchline. Government involvement rarely helps. In many instances, in fact, it exacerbates the situation.

We’ve seen it happen in the financial sector. The Dodd-Frank legislation that was supposed to prevent another crisis is instead mandating regulations that simply make things more expensive for ordinary consumers -- all while increasing the chances of a bailout. We’ve seen it happen in health care, with Obamacare saddling the economy with costly requirements that aren’t making anyone healthier.

And now that the FCC has voted for the third time in the last decade to institute “net neutrality,” it’s fair to ask if we’re about to see it online.

Many people are under the mistaken impression that this change will mean a freer, fairer Internet. They take the phrase “net neutrality” at face value. But while it’s alliterative and catchy, it’s also dangerous. Ironically, it sets up a situation under which the online rules are anything but free, fair or neutral.

To understand why, consider how net neutrality would change things. For years, the broadband services provided by such companies as Verizon, AT&T and Comcast have been treated differently than traditional telephone and utility services. They haven’t had to operate under “common-carrier” rules that prohibit them from varying rates and services for their broadband offerings.

They can offer -- and charge -- what they want. But this is good. As I explained in a previous column, consumers win under this scenario. Broadband providers have to compete for business. And they can’t win and keep customers without offering better, faster service at lower rates.

But now? They’re common carriers who provide “telecommunications services.” So the FCC is free to regulate them.

In answer to some of the criticism, the FCC has assured the public that it won’t resort to regulating broadband providers as fully as the law would allow. They’ll still have a large degree of autonomy, we’re to believe. But you don’t have to be as skeptical of government promises as I am to view this assurance with a heavy dose of suspicion.

I’m not saying the FCC is necessarily being disingenuous. But consider the government’s track record. President Lyndon Johnson, for example, told us that the welfare system he signed into law in the 1960s would be a “hand up,” not a handout. Yet until the 1996 reform, it was impossible to view as anything but a handout.

More recently, we have the cases I cited above, with Dodd-Frank and Obamacare. Policymakers can have all the good intentions in the world, but it doesn’t change what can and does happen when their so-called solutions are put into practice.

Expect the pace of innovation to slow. Think about how the Internet has changed our lives in the last few years alone. Would have been possible with the bureaucrats in Washington empowered to oversee what service providers can and cannot do?

We’d be lucky to even have dial-up service today. It simply makes no sense to yoke the Internet of 2014 to any portion of the Communications Act of 1934.

The good news? This fight isn’t over. As I mentioned earlier, we’ve been here twice before, once in 2006 and again in 2010. Both times, net neutrality didn’t survive a court challenge, and that’s where we look now. The FCC’s latest version of net neutrality will have to weather review in the courts as well. We may also hear from Congress -- which, regulation expert James Gattuso reminds us in a recent article, is the “constitutionally-charged body for lawmaking.” Some over-eager policymakers seem to forget that.

Sorry, but net neutrality is like a virus or a bad line of code. It needs to be eradicated, not embraced. The government is here, all right, but not to help. Time to hit “delete.”