Opportunity for All, Favoritism to None 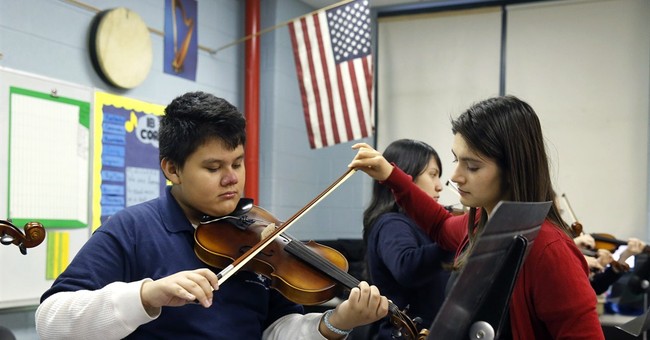 Many of us launch a new year with resolutions. We may not write out a formal list, but something about the arrival of January 1 makes us want to do better. We start a diet or an exercise program. We read or pray more. We get organized.

Most of these improvements occur on the personal level. But what if we went beyond that? Decided to hold government to a higher standard? What if we insisted that lawmakers stop the business-as-usual culture that enriches special interests, creates ever-bigger government -- and leaves hard-working Americans holding the bag?

Good luck with that, the cynics might reply. And sure, it’s easy to look at how Washington works -- year after year, regardless of who’s in charge -- and want to throw up your hands in despair. Spare me the false hope, right?

But if Americans since our founding had taken that attitude, we wouldn’t even be in the position to discuss how to improve things. Through Valley Forge, the Civil War, and other dark periods in our history, Americans have wrestled with their doubts -- and resisted the temptation to give up.

In short, we’ve made things better before. And we can do it again.

But change doesn’t happen in a vacuum. And it takes more than determination. After all, we’re fighting against an entrenched enemy. In the introduction to a new Heritage Foundation report called “Opportunity For All, Favoritism To None,” Heritage President Jim DeMint warns us that a hard fight lies ahead and adds:

“Those who tilt the rules of the marketplace to their advantage, be they businesses seeking an edge over competition or politicians pandering for campaign contributions and votes, always find excuses to maintain the status quo.”

Clearly, a game plan is needed. That’s where “Opportunity For All, Favoritism To None” comes in. It has detailed policy solutions that “envision an America where the sweetheart deals are shattered, and the smoke-filled rooms are blown clear,” as DeMint puts it. Among the many specific steps it outlines:

1). Promote school choice: We need to end Washington meddling in local schools and empower families to make educational decisions that work for them.

3). Establish market-based health care reforms. Americans should be the key decision-makers when it comes to health coverage -- buying and owning their insurance, and choosing from a wide range of options.

4). Create a sunset date for regulations. Old regulations tend to stay on the books decades beyond their usefulness. All regulations should come with an expiration date that can be extended only if they are explicitly reaffirmed by the relevant agency.

5). Shut down Fannie Mae and Freddie Mac. These government-sponsored corporations need to be eliminated. The housing market will be more stable if it relies instead on private firms that aren’t backstopped by taxpayers.

9). Restore “peace through strength.” We don’t want a “fair fight” with our enemies. We should possess such overwhelming strength that they decide they won’t even try to challenge us.

There is much to do. As Michael Needham, CEO of Heritage Action for America writes in his introduction to the Heritage report, “Supporters of free markets, limited government, and robust civil society free from interference by federal overlords must find a way to speak to the people who are being left behind.”

So let’s get started -- and make 2015 the year we started turning things around.