The Virtue Behind D-Day 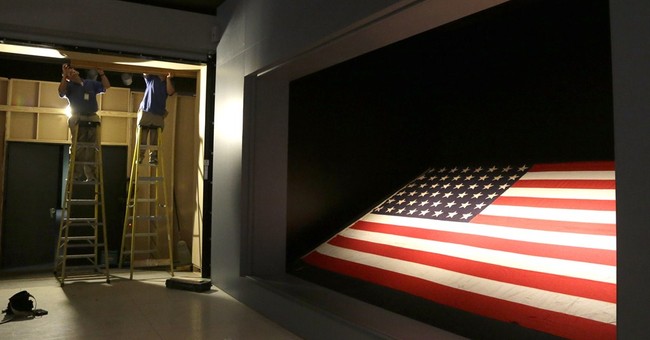 If I asked you, as we mark the 70th anniversary of D-Day, to sum up that battle in one word, what would it be? For me, it would be “courage.”

Courage means going forward, into the unknown, with no guarantee of success. It means moving out of your comfort zone and being willing to act boldly when the situation requires it. Without it, you couldn’t storm the beaches in France, or accomplish your mission in the face of terrorist attacks.

Courage is built into the DNA of the American character. It took courage for millions of immigrants to leave home and come to America in search of a better life. It required courage to move west, to face the open frontier, to risk lives and families to acquire a piece of the American Dream.

And it takes courage to stand up for what you know is right. For example, on Oct. 18, 1986, President Ronald Reagan was meeting in Reykjavik, Iceland, with Soviet Premier Mikhail Gorbachev. The purpose: to broker an arms-control pact that would end the deadly standoff of mutual assured destruction between the United States and the Soviet Union.

But just as the deal was about to be struck, Gorbachev looked across the table at Reagan, smiled, and said, “This all depends, of course, on you giving up SDI” (the Strategic Defense Initiative). Well, missile defense was one thing that Ronald Reagan would never give up.

“Reagan had everything to gain everything in the eyes of the world if he had accepted the Reykjavik deal,” Peggy Noonan wrote in “When Character Was King,” her Reagan biography. “He would have been celebrated by history, known the pleasure of having given the world a gift of extraordinary and undreamed-of progress. … But he wouldn’t do it. He didn’t think it was right. And because he didn’t do it, the Soviet Union finally fell.”

Now, leave Iceland and turn the calendar back 31 years to the evening of Dec. 1, 1955. We’re in Montgomery, Alabama. Buses are carrying people home from work. On one bus all the seats are filled, including the section behind the rear doors, the only place blacks are allowed to sit.

Four white men board. The driver calls out to the four black passengers seated behind the white section. “Get up,” he tells them. “Let the white man have those seats.” Three do as they’re told. But the fourth doesn’t budge. The other passengers turn and stare in stunned silence.

Rosa Parks is defying the unwritten, centuries-old code of racial subservience. She is also defying Alabama law. The driver summons a policeman, who arrests Parks.

Viewed from one perspective, Ronald Reagan and Rosa Parks couldn’t have been more different. He was the most powerful person in the world, commander in chief of the armed forces of the United States. And she was one of the least powerful, an unknown seamstress working in the back room of a department store in the Deep South before the Civil Rights Act.

But in a more fundamental sense, they couldn’t have been more like. All the political power on earth couldn’t move Reagan to do the wrong thing. And all the indignity and intimidation of racism couldn’t keep Rosa Parks from doing the right thing.

It was courage that made Reagan get up and leave. It was courage that kept Rosa Parks in her seat. And in these seemingly simple acts, each began building a bridge that would deliver millions of oppressed people to their God-given birthright of freedom and dignity -- in Reagan’s case, the people of Central and Eastern Europe; in Park’s case, all citizens of the United States.

You demonstrate courage any time you set goals, especially when the probability of success is low. In fact, courage seems to be closely related to commitment. Courageous people make total commitments to the families, friends and other people. They commit completely to their work, company, career and business.