Education at a Crossroads 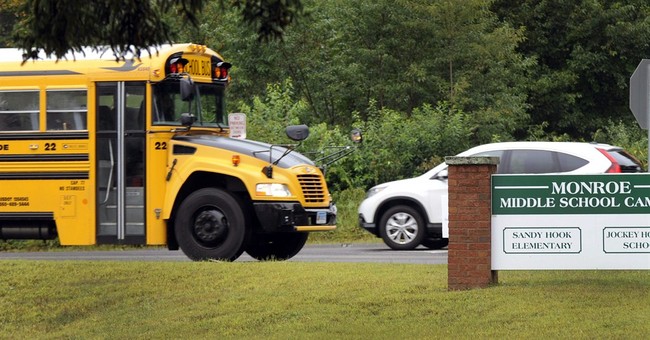 Nothing has been more contentious in the field of education than the idea of school choice.

Which is odd. We take it for granted that we’ll find dozens of brands of cereal at our grocery stores and hundreds of stations on our cable TV. We expect to be able to choose from a wide variety of coffee drinks and scores of restaurants. Yet we’re expected to believe that the school down the street is the best possible one for our children.

Whether it offers foreign-language classes, after-school activities, or excellent sports programs is irrelevant. It’s the closest, and that’s all we’re supposed to need to know.

Of course, there are some very good public schools across the country. There are also some very bad ones. In some of the country’s largest school districts, less than half of all children graduate. These failing schools tend to be located in inner cities and serve poor minority students.

Those schools have virtually no incentive to improve because they face no penalty for failure. In Washington, D.C.’s schools a few years ago, for example, most students were reading below grade level, yet virtually every teacher (98 percent) was rated above average.

The educational establishment’s standard response to educational failure is to call for massive spending increases. Yet today, while inflation-adjusted per-pupil spending has more than doubled since 1970 -- it now exceeds $11,000 per student per year -- academic achievement has stagnated, and high-school graduation rates for disadvantaged children have remained flat.

To achieve meaningful educational reform, parents should be empowered to hold schools accountable through school choice. And the good news is that, in many cases, they are. Today, millions of America’s students exercise public school choice, attend private schools, or are homeschooled.

Parents in Florida, for example, have a wide range of school choice options, including public school choice, online learning such as the Florida Virtual School, and some private school choice. Families in Arizona have access to innovative education savings accounts, which allow parents to direct every dollar of what the state would have spent on their child in the public system to education services and providers that meet their child’s unique learning needs.

Nevertheless, nearly three-quarters of America’s children remain in government-assigned public schools, all too many of which fail to provide even a safe learning environment, let alone a good education. Scandalously, American teachers’ unions are doing everything in their power to restrict parental choice in education. And thanks to their deep pockets, they often have the political clout to succeed.

To understand the power of teachers’ unions to block even the most promising educational reforms, consider the ongoing struggle over school choice in our nation’s capital. Today, public schools in Washington, D.C., enjoy the dubious distinction of leading the nation in violence while ranking among the lowest in academic performance.

That’s why the DC Opportunity Scholarship Program, launched in 2004, was such a breakthrough. According to a federally mandated evaluation, the use of an opportunity scholarship resulted in the equivalent of 3.7 months in additional learning for students. Moreover, these $8,500 scholarships, which enable students to attend a private school, are half the cost of the $18,000 per-pupil price tag for a year in a D.C. public school.

Yet the program has been at the heart of a pitched battle for survival over the last few years, with the teachers’ unions gunning for it at every turn.

Which path we ultimately go down will depend on the fate of school choice.