Out of Their Tree on Taxes 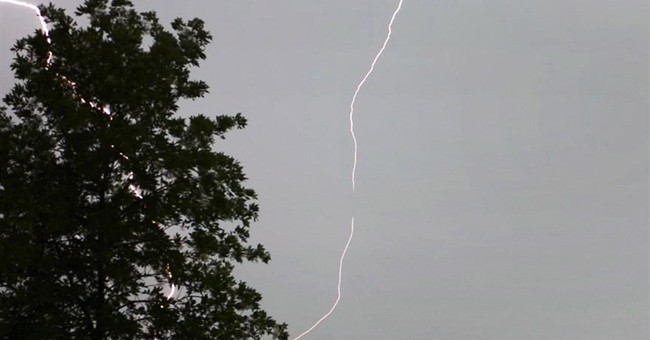 Christmas may be six months off, but it seems the Grinch is already at work.

Look at the farm bill now under consideration in the House of Representatives -- it carries an unwelcome stocking stuffer known as the Christmas tree tax.

If the name of the tax sounds vaguely familiar, that may be because the idea first surfaced about a year and a half ago. In November 2011, the Obama administration issued a rule that approved a program to help promote Christmas trees.

If you’re thinking that Christmas trees don’t exactly need promotion, you’re not alone. Such a time-honored and perennial tradition hardly needs a PR boost. But the fact that something is unnecessary isn’t about to stop those in Washington.

The plan was for the government to set up a Christmas Tree Promotion Board. The aim: “to enhance the image of Christmas trees and the Christmas tree industry in the United States.” To fund that, tree-sellers would have to slap a 15 cent “assessment” on fresh-cut Christmas trees, which could eventually rise to 20 cents per tree.

The National Christmas Tree Association has already tried three times to get their members to agree to this fee voluntarily. Each time, they balked. So the group wound up going to Washington to try and get the force of government behind it. The result was the Christmas tree tax.

The Heritage Foundation sounded the alarm. Public backlash ensued, causing the administration to halt the tax -- at least, temporarily. The House version of the farm bill, though, contains a provision that would lift the block on the tax.

Wait, some proponents of the program say, this wouldn’t be a “tax.” Oh, okay. Tree producers and importers would be forced to pay an involuntary “assessment,” and the full force of government would be used to punish those who fail to pay it. Feel better now?

Please. Government collection of money through coercion is a tax, no matter what you call it. Besides, this “assessment” acts as a tax on consumers because the costs will be passed onto them.

Such a small amount is hardly a bank-breaker, some will reply. But this is a skewed perspective. “A 15-cent tax may not seem like much,” writes budget expert Daren Bakst. “However, taxes are a death by a thousand cuts. One of those cuts shouldn’t come from the Christmas tree.”

Among those cuts: the many other “assessments” that Congress requires from the producers of certain commodities -- fees then passed on to consumers. They include:

· Cotton: $1 per bale of cotton handled

· Dairy products: 15-cent-per-hundredweight assessment on all milk produced in the “lower 48” states

What’s the Christmas tree tax doing in the farm bill? Good question. As it turns out, though, it’s not the only item you wouldn’t expect to find there.

Take how the farm bill is comprised almost entirely (80 percent of it, to be exact) of food stamps. A welfare program such as food stamps should be considered separately from legislation that sets the nation’s agricultural policy.

If the National Christmas Tree Association can’t get its own members to pay this “assessment” without calling in the federal government, that’s a good indication they’ve got a bad idea on their hands.

Even Ebenezer Scrooge would think twice about taxing your Christmas tree. This is one gift that should be marked “return to sender.”