Red Tape on the Rise 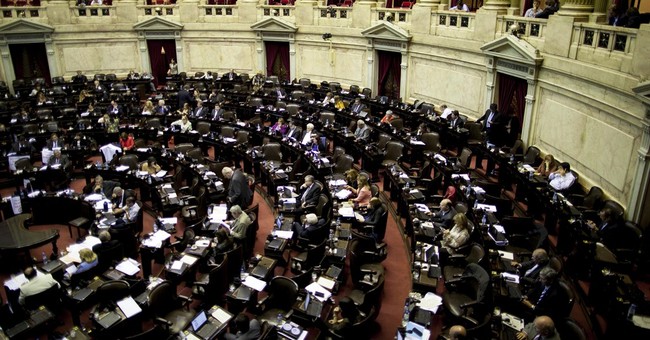 “Do as I say, not as I do,” goes an ironic saying worthy of Mark Twain. It’s a phrase that is well-suited to the political field.

Take what one politician said about regulations during President Obama’s first term. After noting the need for a “proper balance” between making needed rules and allowing markets to work as freely as possible, he said:

“Sometimes, those rules have gotten out of balance, placing unreasonable burdens on business -- burdens that have stifled innovation and have had a chilling effect on growth and jobs.”

In fact, it was President Obama himself who said that, in an op-ed for The Wall Street Journal.

He was right. The rules are indeed out of balance. Instead of having only those regulations that are truly necessary to protect the public, we have a plethora of rules that go far beyond that. And yes, they are making it difficult for businesses to innovate, invest or hire.

But don’t pay attention to what the president has said on regulation. Consider what he’s done. Has he worked to restore that “proper balance”?

Unfortunately, no. A new report from The Heritage Foundation, “Red Tape Rising,” shows that the regulatory situation has worsened over the last few years. And it’s costing all of us.

During President Obama’s first four years in office, 131 new major regulations were imposed. “Major” indicates a rule expected to cost the economy at least $100 million per year. The price tag of many is much higher. Plus, numerous smaller regulations also add to the overall cost.

According to “Red Tape Rising,” it’s expensive. During the president’s first term, the annual regulatory burdens on Americans increased by nearly $70 billion.

That’s right, billion with a “b.” Nine zeros. “If a billion kids made a human tower, they would stand up past the moon,” writes David M. Schwartz in his book How Much Is A Million? “If you sat down to count from one to one billion, you would be counting for 95 years.”

The Obama administration of course isn’t the first to increase regulation, but it has done so at a pace far exceeding its predecessors. George W. Bush, for instance, imposed 52 regulations costing about $16 billion during his first four years in office.

The most costly new rules are fuel-economy standards adopted by the EPA and the Department of Transportation. These add hundreds of dollars to the sticker price of a new vehicle. The EPA says what people will save in fuel costs more than offsets a higher price tag.

Yet customers prefer the safety and power of larger vehicles. As “Red Tape Rising” puts it: “If fuel efficiency was such a good deal for consumers, why are regulations needed to force them to buy more fuel-efficient vehicles? Either consumers are wrong, or the regulators are wrong.”

When you have an administration deciding that consumers are wrong, that’s overreach. That’s “out of balance.”

Then there are the limits the EPA has placed on power-plant emissions, which will hike utility bills for consumers.

And there are new rules in the pipeline. Hundreds of them, primarily related to Obamacare and the Dodd-Frank financial-regulation statute have yet to be written. So the true price tag is “$70 billion and climbing.”

Worse, even as the number and cost of regulations is rising, oversight and transparency is on the wane. According to “Red Tape Rising,” the White House office charged with overseeing regulatory policy has not had a director since last August, referring an appointee to the Senate for confirmation only last month. Meanwhile, legal deadlines for key reports on rulemaking have been ignored.

There are several common-sense steps that lawmakers can take. One is to require that Congress approve any new major regulation. For now, government agencies can act autonomously, and that’s not right. They should be accountable to the people.

Establishing a “sunset” date for federal regulations would also help. Old regulations tend to stay on the books even after they’ve outlived their usefulness.

Not all regulations are bad. But all of them cost. Let’s make sure we leave only the most necessary ones on the books -- and restore that crucial “balance.”