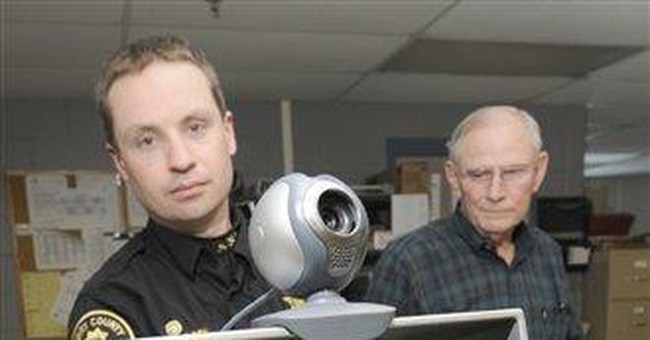 Decades ago, I joined the Sherlock Holmes Society and retraced the great fictional detective’s footsteps through Victorian London. The stories were clever, but also understandable. Whether it was assault, robbery or fraud, it was easy to identify the culprit’s criminal acts.

In the 21st century American legal system, things are no longer so clear.

Consider Lindsay Brown, a high-school senior jailed for having a butter knife in her car. Or Cortez Curtis, a 13-year-old arrested for bringing a calculator that contained tools (including a tiny knife blade) to school. Or 12-year-old Ansche Hedgepeth, handcuffed and detained for eating one French fry on the D.C. subway. Or 61-year-old Kay Leibrand, booked for allowing her hedges to grow too tall.

None of these people intended to break the law. In fact, they weren’t even aware they were breaking a law. All are victims of a growing trend in American life: overcriminalization. And any one of us could be the next person arrested.

As the American Bar Association reported a few years ago, there are now so many laws (at least 4,000 by one expert estimation) “that there is no conveniently accessible, complete list of federal crimes.” Throw in federal regulations (there are 300,000 of them, according to a Columbia law professor), state laws and local ordinances, and you, too, could be a felon and not even know it.

This shouldn’t be the case. And, not surprisingly, it hasn’t been throughout our history.

Back in Sherlock’s day, no person could be convicted of a crime unless he or she had what was called a “guilty mind.” That meant the accused could understand that the actions leading to arrest were wrong. This protected people from being arrested for simple mistakes.

For example, there’s a difference between deliberately shoplifting and accidentally walking out of a store without paying for an object. Maybe the store’s scanner malfunctioned and didn’t charge you for the item, or maybe it got mixed up with other things and you simply forgot to pay for it. You shouldn’t be charged with a crime unless a prosecutor can prove you knew you were doing something wrong.

In recent years, though, the law has grown in a different direction. “Criminal law has become a vehicle for social change instead of for the maintenance of social order,” explains Edwin Meese III. A former attorney general, Meese penned the introduction to a new book from The Heritage Foundation, “One Nation Under Arrest.”

This expansion of criminal law threatens not only our personal freedom, but our economic freedom as well. For example, some states require thousands of hours of schooling before a person can become a “licensed hair braider.” And braiding hair without such a license is a criminal offense.

Such laws don’t protect consumers, but they do protect hair salons from new competition. Thus, the power of government stifles competition and increases prices.

“One Nation” tells many horror stories about overcriminalization, but also highlights sensible, nonpartisan steps our country can take to get back on the right path. “A sound reform strategy will rest on three pillars,” writes legal scholar Brian Walsh. “Restoring traditional criminal law concepts, reinvigorating constitutional rights and reforming Congress.” Each of these steps could be enacted by lawmakers.

“I’m not against the police,” Alfred Hitchcock said, “I’m just afraid of them.” These days, too many people have reason to echo those words. It’s time to fix the legal code, before it swallows up more unintentional “criminals.”